There are so many Pakistani actors who have shined on the small screen for years now. These actors have proved their versatility over the years. They have also won over fans and critics. Unlike some other actors who either started their acting careers with films or worked in films very early on in their careers, these actors it seems were working for the ideal time to make their debut in films. Working in films is a dream come true for most actors because that is definitely a step forward as far as their career is concerned. In 2020 many of the top Pakistani actors who left the viewers in awe of their acting skills on the small screen will be making a debut on the big screen. Their fans cannot wait to see them on the big screen.

Here are those top Pakistani actors who are making their film debut in 2020.

Imran Ashraf outshone in some of the most critically acclaimed and popular drama serials in 2019. Therefore, it does not come as a surprise that he was roped in for a film this year. Imran Ashraf is known for his versatility on the small screen. He is also the actor who rightly takes the credit for redefining the term ‘hero’. Imran Ashraf talked about his struggles and the challenges he faced due to certain stereotypes which are part and parcel of the field he is in at a time when people were loving him for his awesome acting in many different drama serials.

Imran Ashraf will be seen playing the leading role in the film Dam Mastam alongside Amar Khan. The film has also been written by Amar Khan. It is being produced by Cereal Entertainment which is owned by the actor Adnan Siddiqui. So, in a way this film is going to be a first for a lot of individuals involved in many ways. The famous director Muhammad Ehteshamuddin will be directing Dam Mastam. Imran Ashraf is really excited about the project since he has always highly praised the director Muhammad Ehteshamudin for his skill and talent. The shooting of the film has already started. In an interview Imran Ashraf said that for him looks don’t matter, character does therefore his fans are waiting to see what kind of a character he will be playing in this first film of his. Dam Mastam will be a romantic comedy headed by the ace director who recently directed the film Superstar.

Zahid Ahmed always has the undivided attention of his viewers whenever he stars in a drama yet it took him quite a while to sign a film. His on-screen chemistry with the co-star Saba Qamar won the viewers over completely when they shared screen space in the hit drama serial Besharam. Zahid Ahmed is a hardworking artist who recently decided to experiment with a different role in the popular drama Ishq Zah-e-Naseeb. Zahid Ahmed has worked in many dramas which showed how much he has to offer as a performer. The fans love his personality and acting both.

Zahid Ahmed will be making his film debut alongside Saba Qamar, a news which got their fans really excited. Interestingly enough, Zahid Ahmed signed a film before this one too but for some reason it was put on hold therefore this will be his film debut for sure. Zahid Ahmed shared his excitement with his fans when he announced this project on social media. Zahid Ahmed considers Saba Qamar a great artist and has promised to work really hard to make this film an enjoyable experience for all. Zahid Ahmed’s debut film will be written by Mohsin Ali, directed by Saqib khan, produced by Hassan Zia and Jamil Baig. 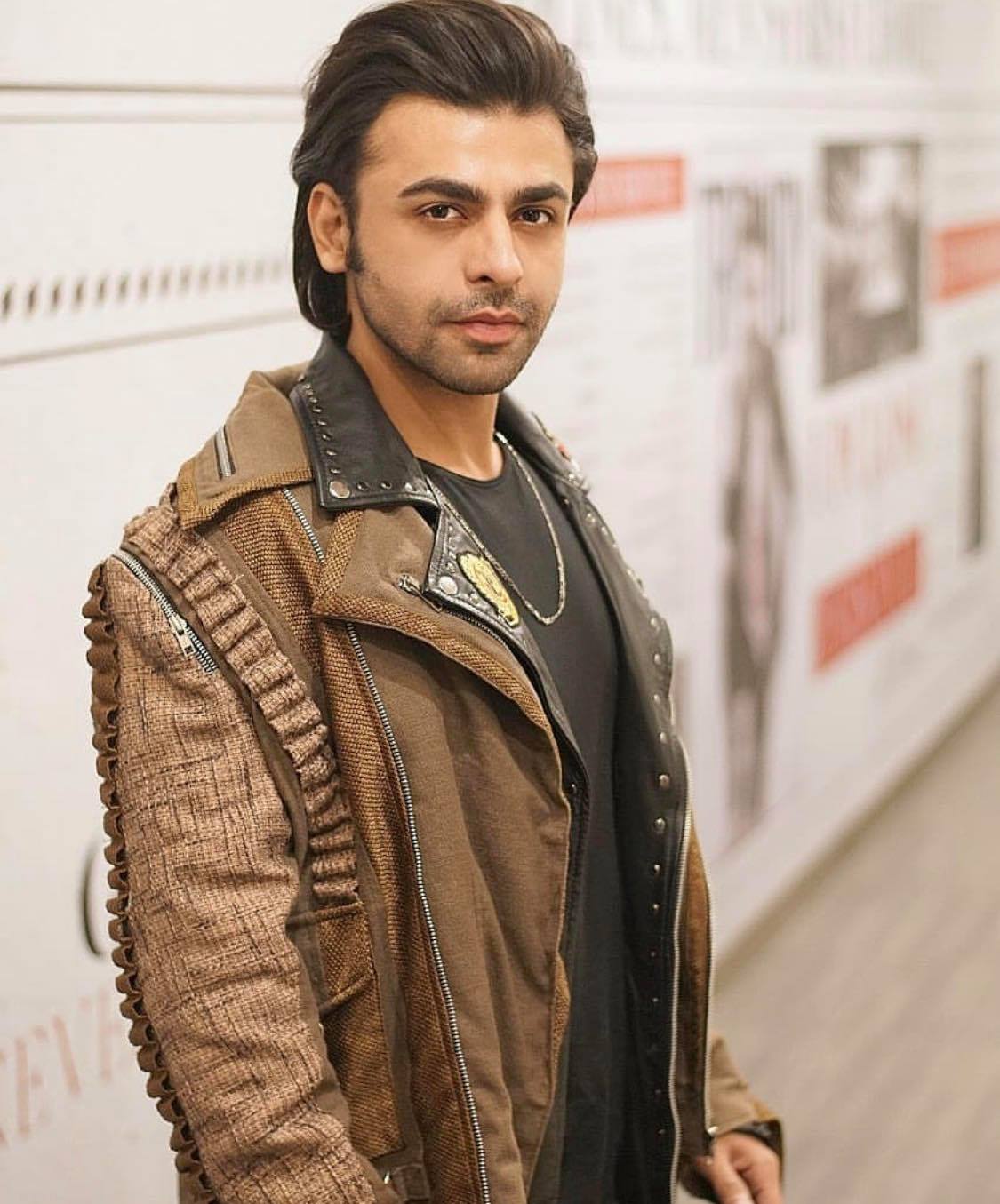 Farhan Saeed will be making his film debut with Tich Button. The film will be produced by Farhan Saeed’s wife and actress Urwa Hocane, so this will be her production debut too. ARY will be co-producing the film. Tich Button will also mark the directorial debut of Qasim Ali Mureed who directed the popular drama Aangan for ARY Digital. The film has been written by Faiza Iftikhar, this is the first time that Faiza Iftikhar has written a script for a film. Farhan Saeed surely is big screen material. The viewers are waiting to see him on the silver screen.

Syed Jibran is another actor who has been entertaining the viewers with his great acting skills for a long time now. The viewers always look forward to his dramas because he chooses the projects he works in really carefully. He is also one of those actors who are versatile. His popularity grew even more when he starred in the popular drama serial Ranjha Ranjha Kardi.

Syed Jibran will be making his big screen debut with the same film which stars Zahid Ahmed and Saba Qamar in the leading roles. Apparently the film has more than one lead. Syed Jibran is as excited about working alongside Saba Qamar as is Zahid Ahmed. Apart from that he promised his fans that the script was really well written and thoroughly entertaining. Syed Jibran also shared that his role in the film is going to be completely different from everything he has done so far which is another big reason why his fans are looking forward to this debut. The viewers and fans gave a positive feedback to the news of Syed Jibran making a debut in films. Many new actors are often seen in films therefore watching some of the more experienced actors on the big screen will surely be a treat for the viewers. 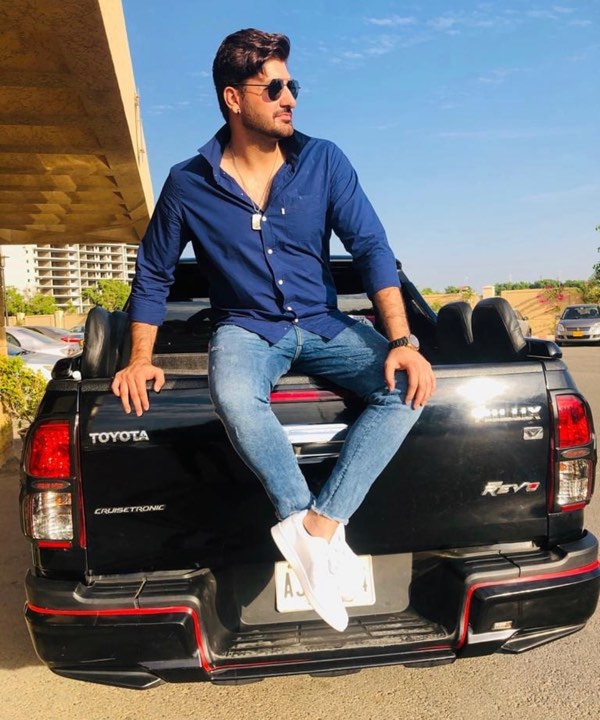 Affan Waheed has lately won over many fans because of his outstanding performances in some of the most hit dramas of recent times. Affan Waheed is an actor who is known for his effortless performances and the on-screen chemistry he shares with his co-stars. After showcasing his talent on the small screen for so many years, he has finally decided to make a debut on the big screen.

Affan Waheed will be playing the leading role in the film Mastani. Affan Waheed decided to be part of this project after he read the script and found it very interesting. Affan also shared in an interview that the role he will be playing is somewhat simple. The film will be a mix of drama, mystery and comedy. The film will be directed by Usman Rizvi who will be working in Pakistan for the first time, he has been directing projects in the USA. The film is being produced by Daniya Nizami. Amna Illyas will be playing the lead alongside Affan Waheed. If everything goes right, Mastani will release on Eid-ul-Fitr 2020. 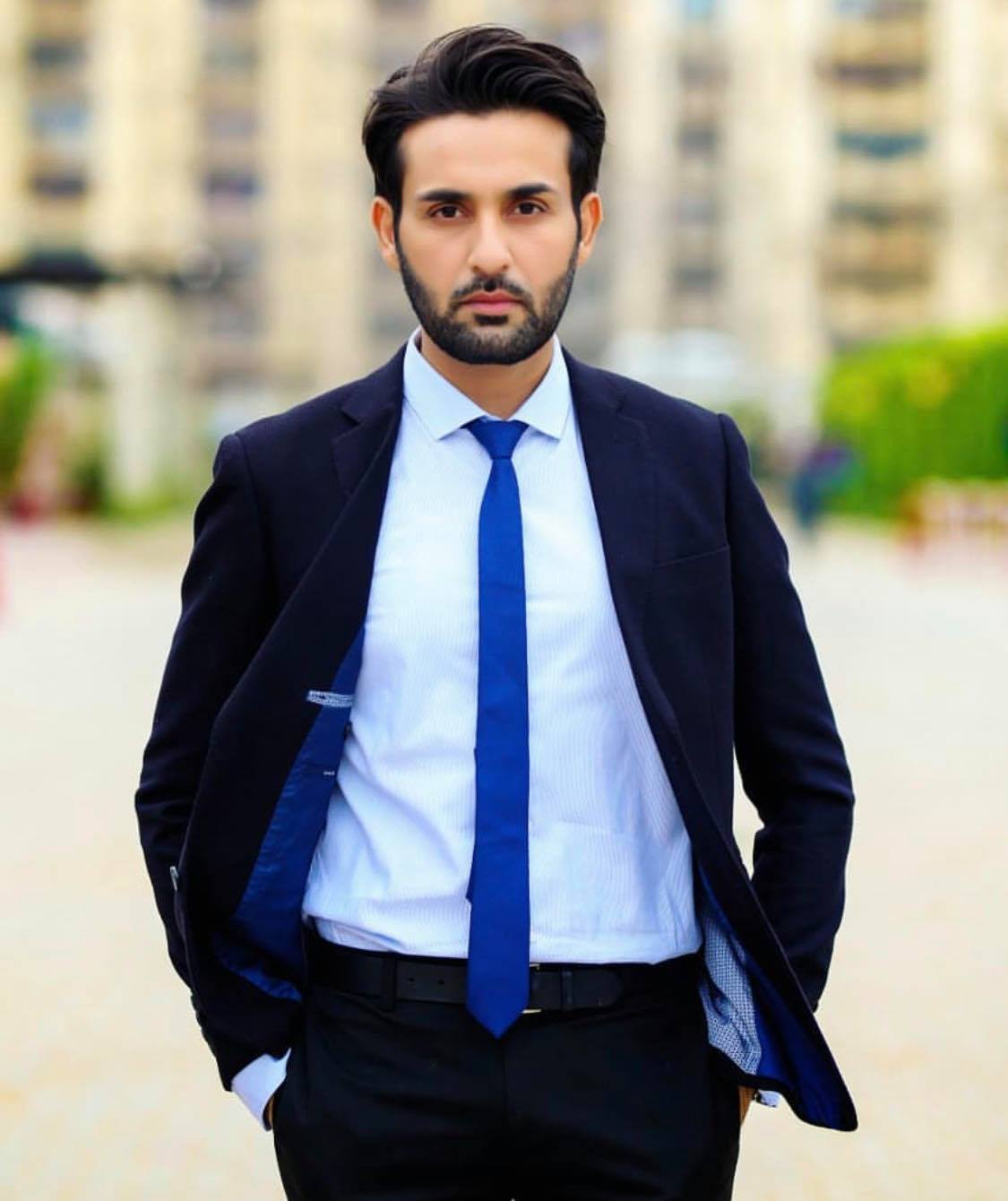 Junaid Khan is a singer turned actor who entered the acting industry in 2011. It has been a tough ride for Junaid Khan since when he started acting he faced a lot of criticism. However, he did not give up and took all the criticism to improve his acting skills. As a result of that, today Junaid Khan is known as an actor who always gives a wonderful performance. Last year, Junaid Khan was part of some of the most popular drama serials therefore it does not come as a surprise that he is making his film debut too now.

Junaid Khan has not revealed a lot of details about his film debut. Except that the film is titled Kahay Dil Jidhar and Mansha Pasha will be playing the lead alongside him. Kahay Dil Jidhar has been directed by Jalal Rumi. It has been produced by Kamran Bari. Junaid Khan is really excited about this project and he intends to give it his best. 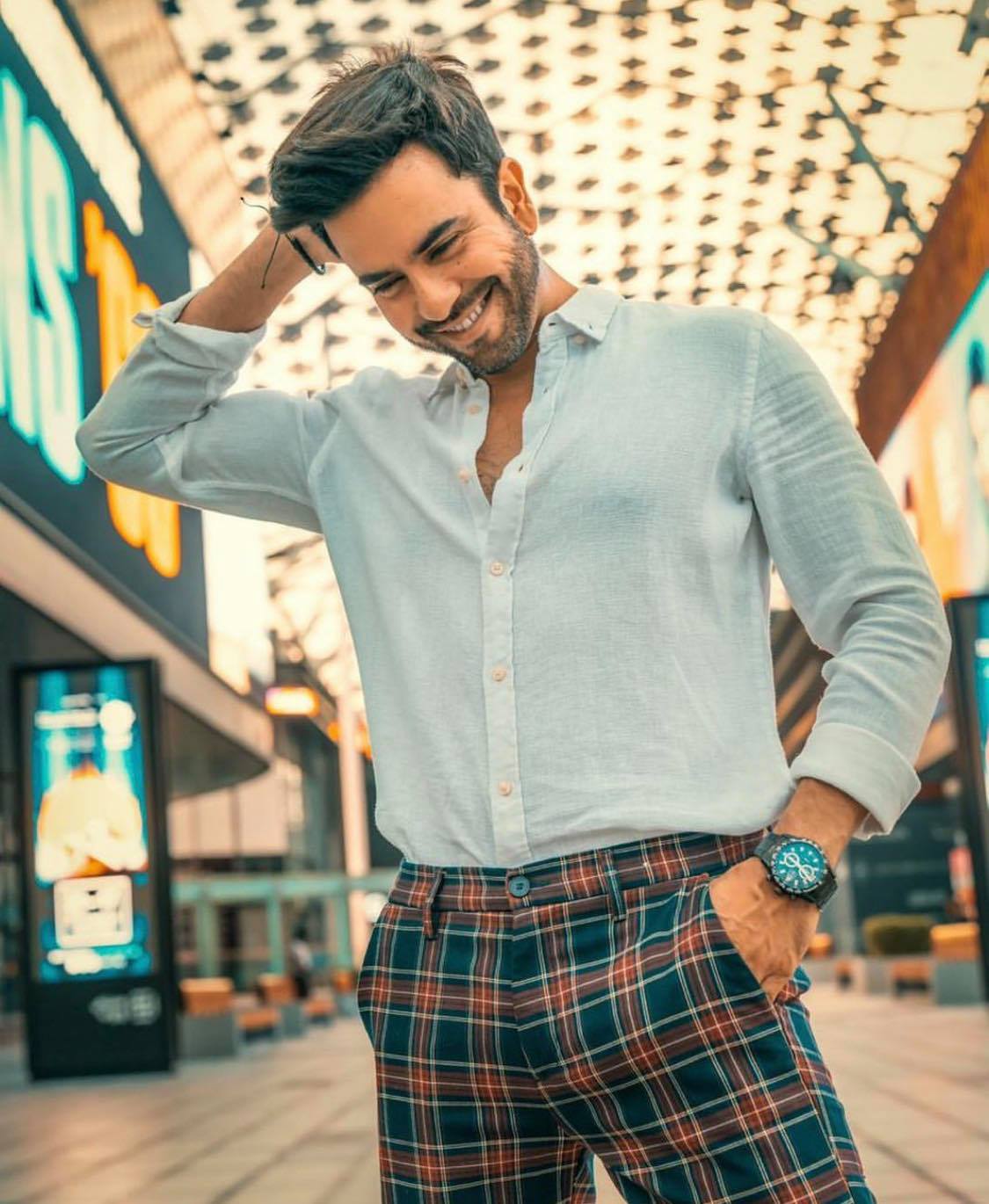 Emmad Irfani was a famous model who ventured in to acting few years back. In the beginning the viewers criticized his acting but in his latest venture Cheekh, the viewers fell in love with his performance. Emmad Irfani has good looks and talent therefore it comes as no surprise that he is also going to be making his film debut soon.

Emmad Irfani will be starring opposite Ghana Ali in his debut film which is an international project in which Pakistan and Turkey will be joining hands. The film is titled Gawah Rehna. It has been written and directed by Tahir Mahmood. The film has a really interesting story which is sure to hold the viewers interest. Emmad Irfani is making his debut with a film which will surely get a lot of international exposure. 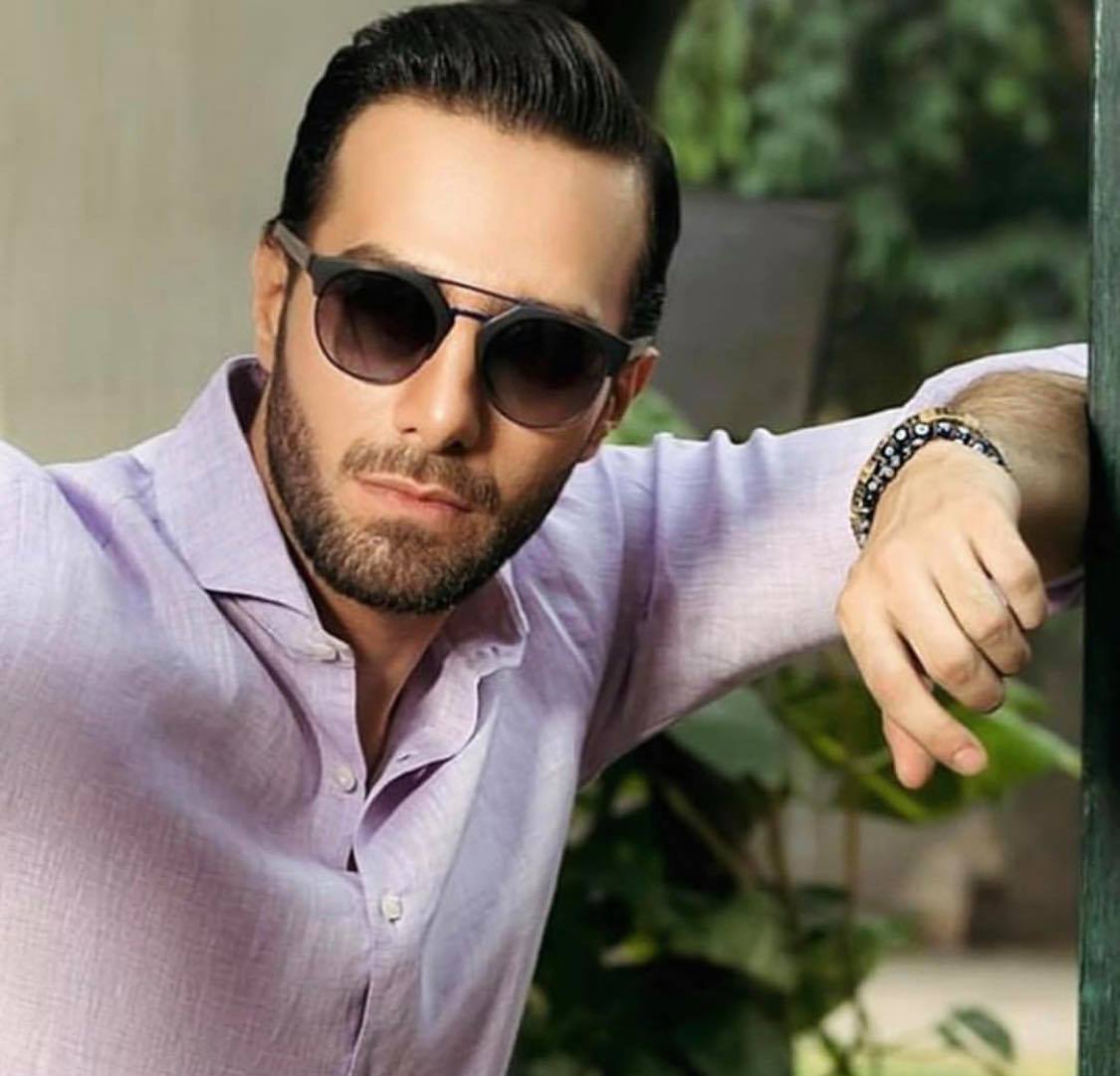 Are you excited to watch these actors on the big screen? Which film are you most excited about? Share your views in the comments section.