Woh Mera Dil Tha Episode 21 Story Review – Wow! What a superb episode! Woh Mera Tha Episode 21 was thoroughly entertaining and emotional as well. There wasn’t a single dull moment in this episode. Usually the viewers are waiting for dramas to wrap up at this point but right now Woh Mera Dil Tha is more entertaining and appealing than it ever was. The character development has been gradual and convincing. Zaid and Naina’s journey has been eventful, exciting and emotional.

The change in Zaid’s character tonight was likeable as well as poignant. Zaid has always been someone who believes in planning everything and he was definitely a self-centered man completely incapable of feeling anything for anyone let alone falling in love. Tonight’s episode showed that when fate comes into play, all the planning goes out of the window. Zaid had planned to use Naina’s mother to get everything materialistic he had ever thought of owning but fate had something completely different planned for him. Naina’s positivity, the way she won everyone over and most importantly the fact that she started trusting Zaid were few of the reasons why Zaid was forced to question his actions and make amends. 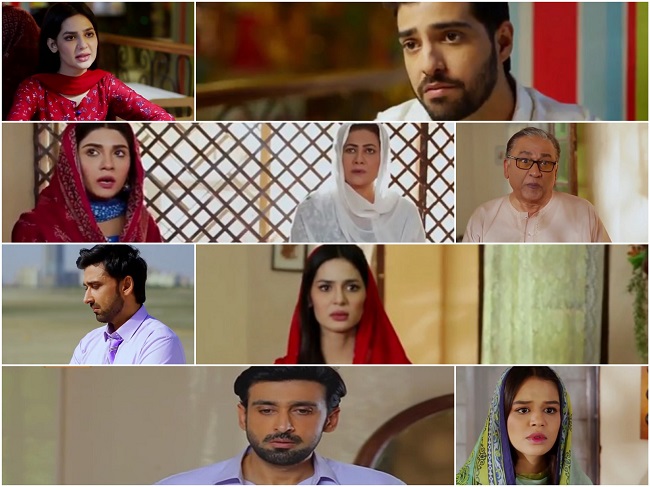 This episode opened with Zaid selling the things which brought him the utmost happiness only a few weeks back. The desperation with which he sold these things showed that his actions now were driven by a sense of guilt instead of greed. Since Zaid was always more self-absorbed than negative therefore these changes in his personality were convincing throughout. There was always good in him but he never let it take over because he believed that getting material possession was the ultimate path to success. Watching Naina – a girl who came from an affluent background – treasuring relationships and feelings he always took for granted proved to be an eye-opener for Zaid. Also, Naina’s vulnerability and her decision to put her trust in Zaid proved to be the final nail in the coffin. For the longest time, Zaid could not understand Naina but now that he does, he can see that true happiness cannot be achieved through material possessions. Zaid’s thought process couldn’t have been shown more logically. Although the change in his personality is huge but even then it is extremely easy to connect to.

Naina Wins Everyone Over

Naina’s decision to have faith in people who gave her respect and trusted her, changed everything. The positivity in Naina’s character has been shown beautifully throughout. Her character basically shows that when you think positively about others and about your situation, good things happen automatically. In this episode, when Saba tried to convince Zaid’s parents and Shabana that Naina was pretending to be someone she wasn’t, no one listened to her. All of them took a stand for her and the way Zaid’s father in particular defended her was heart-warming. Madiha Imam’s expressions in that scene were priceless because they reflected different emotions which Naina was going through superbly. While she was upset that Saba found out about her meeting with Arham, she was also touched by the response she got from her in laws. Even Khadija defended Naina because she too has realized that she was wrong about Naina all along. The warmth and love Naina has given her in laws is being returned now which is also another reason why Zaid has started questioning himself. 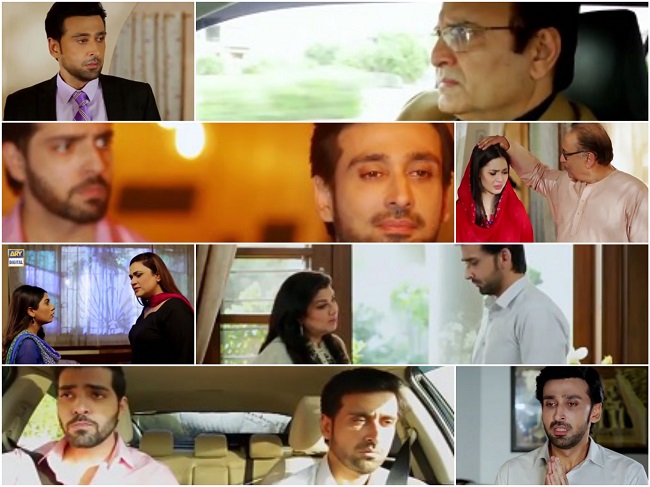 Although Naina’s character is absolutely adorable and Madiha Imam is brilliant as Naina, Sami Khan always manages to steal the show almost effortlessly. Just few weeks back, he gave the viewers so many reasons to hate Zaid and after watching this episode, I am certain all the viewers out there want him forgiven so that he can get his happy ending! Sami Khan always underplayed Zaid’s negative traits and has done complete justice to this recent change in Zaid’s character. The characterization is on point too but translating these changes effectively on screen was crucial to the impact this character would have had on the viewers . Sami Khan has yet again proved his versatility by making the viewers hate and then fall in love with his character.

The preview of the next episode showed that Naina’s father will go and tell her everything. I have to say that Behroze Sabzwari’s acting has failed to impress completely. His dialogue delivery is slow and he tends to go overboard. Although, his character is not exactly likeable either but his performance is strictly okay too. I hate to say all this about a seasoned actor but I feel that he is a miscast in this drama.

This episode was mind-blowing and I am certain the upcoming episode will be even better! This episode was directed brilliantly too. The story is more interesting and enticing right now than it was before. This drama could have been one of the best dramas of this season if the supporting cast and the production values were better. Also, this drama deserved a better treatment by the channel and a better slot too!