Ohkay so, this episode of Ye Dil Mera covered the tracks from past & present, which made it not only interesting but intense too. The first half & the second half had a lot to offer & took the story forward in a convincing manner. Writer Farhat Ishtiyaq has done a commendable job & she deserves all sorts of appreciation for writing a script so intense & intriguing which is able to hold the interest of the viewers even after so many episodes have passed, however, it is unfortunate that this drama didn’t get the kind of direction it deserved to make it even better.

Ana now has more questions regarding Amaan in her mind than ever before. The initial scene which showed her thoughts written all over screen was new & kind of took me a few seconds to get used to this new idea. If they had used Sajal’s voice over during that scene, asking all those questions & giving words to her thoughts, it would’ve made more impact. Also, the Pyar Ke Sadqay ticker at the bottom of the screen during that scene was a bad choice made by the channel because it censored a couple of dialogues and it could’ve waited. It goes to show that even the Channel is not too keen when it comes to the execution of Ye Dil Mera, hence the blunder!

Amaan got to know about Sahira’s death & just when he was dealing with it, he also found out that his wife was keeping an eye on him & has now started questioning him. Ana has actually found out quite a few evidences which compelled her to cross question Amaan but he is not going to give anything away before he thinks the time is right. It was good to know that at least Ana tried & she didn’t just stop there, she decided to take a stand for herself by threatening Amaan of leaving him if he continues to insult her & mistreat her. Amaan is doing everything to keep this marriage intact, but the sad part is, he is doing it all on his own terms & doesn’t want to treat Ana with equality. Amaan is pretty much comfortable with the idea of keeping Ana in the dark & depriving her of the right to know more about her husband. Amaan was shaken by the news of Sahira’s death, this is why he decided to send Meer Farooq an e-mail containing all the photographs he had of him & his wife. 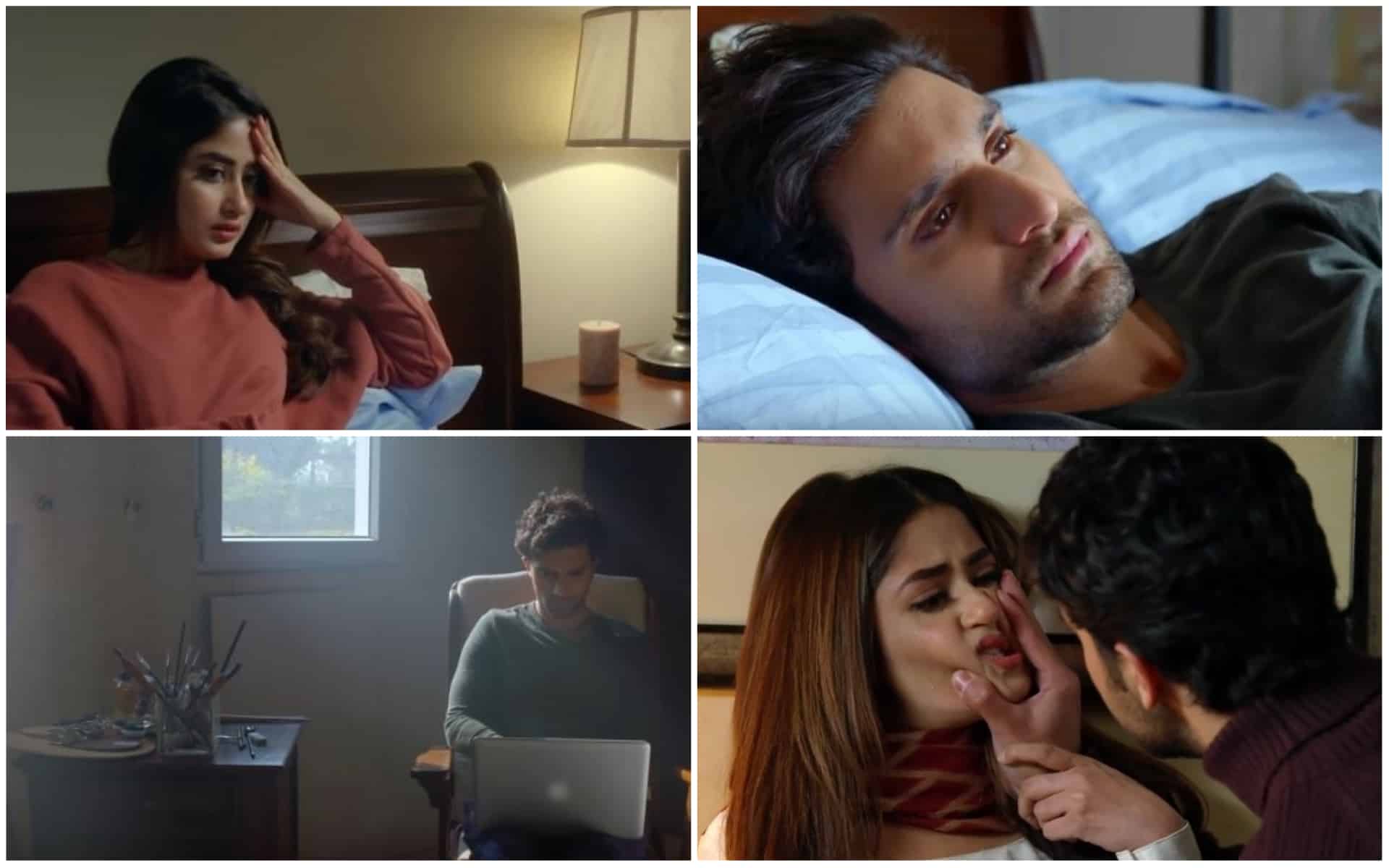 Meer Farooq got to know that Amaan had sold his business & even finalized the deal in Dubai, therefore he decided to call Amaan to see if he will tell him something or not. Meer Farooq did suggest that he & Ana were in contact but that doesn’t seem to be the case & it looked like it was just said as a cover up because so far no such scene has been shown where Ana & Meer Farooq had spoken to each other over the phone since his trip to France. Anyhow, Meer Farooq was shaken to the core when he got that e-mail from Amaan & he has no idea that a storm awaits for him ahead because going by what Amaan had just said before sending him that email, it seems he is now going to put his plan into action very soon!

They took us in the past & showed how Meer Farooq continued to pester Humera. I don’t want to be taking away from the story of Ye Dil Mera, but to cut the long story short, that entire scenario was pretty much a reminiscent of Mere Pass Tum Ho, that too with Adnan Siddique playing the similar role, I couldn’t help but see the similarities. He spilled the tea on himself to buy some time to have a conversation with Humera. Well, Humera seems pretty happy with her husband & now it was more obvious why she preferred Obaid over Meer Farooq. Meer Farooq has now started to interfere in Humera’s life & it goes to show that his relationship with Nilofer wasn’t special, he was just married & his entire focus was on his daughter. Nilofer & Meer Farooq did not have a healthy relationship & after that night, Nilofer also found out that Meer Farooq was pretty much still in love with Humera. 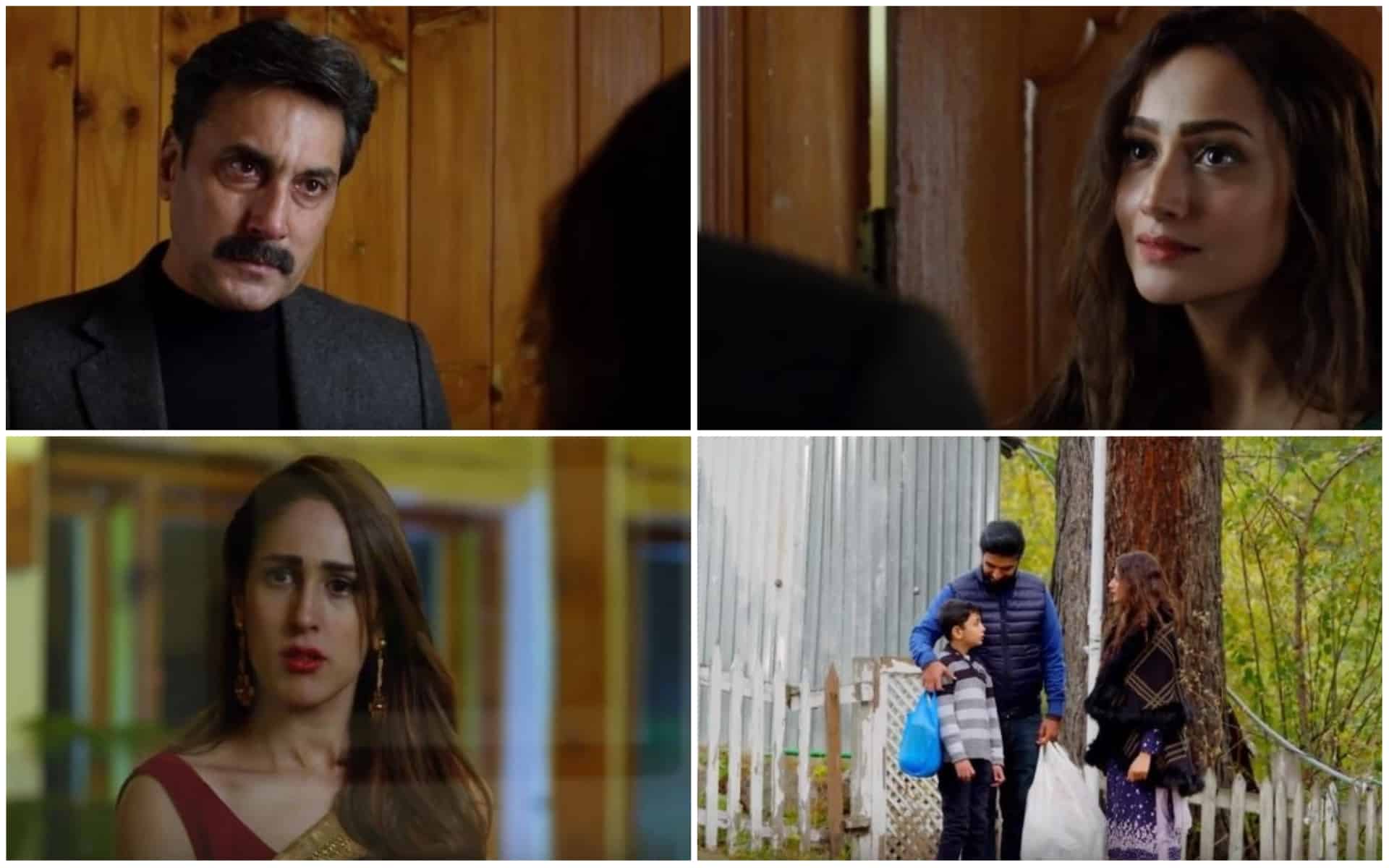 It would’ve been nice if they had shown a conversation or two between Nilofer & Humera, discussing how Humera was never really interested & how she was getting uncomfortable with Meer Farooq’s antics. Also, Humera & Obaid were shown to have a very strong relationship, so not sure why was Humera keeping things from her husband, considering Meer Farooq was now trying to invade her privacy & pretty much barging into her home every chance he got. It was unfortunate that Amaan as a child was witnessing everything & he could see how his mother was getting uncomfortable, however, it underlined the hatred Amaan has for Meer Farooq now, it showed that is stems from all of his past experiences & encounters he has had with him during his childhood, even before the murder happened!

This episode of Ye Dil Mera was definitely interesting. The first half was intense & the second half was engaging to keep the viewers hooked & also grow curious about what is yet to come. The preview of the next episode was interesting as well & is definitely making me look forward to it. Ahad Raza Mir was phenomenal in this episode, it was good to see all the shades of Amaan’s character once again because in a previous few episodes, his emotions were very much in place & he was sorted. It perfectly showed how Sahira’s death disturbed Amaan. He has shown to be having soft spot for those who have been wronged or mistreated by Meer Farooq, this is why, even though Amaan distanced himself from Sahira, her death mentally scattered him, which is why he decided to punish Meer Farooq by showing him the pictures. Ye Dil Mera has been a different story with interesting characters, let’s see what’s in store for the viewers. Please share your thoughts about this episode of Ye Dil Mera.