Ohkay so, this was a hit & a miss episode of Ye Dil Mera. Where some of the scenes were good, the other failed to leave an impact. Half the time, this episode covered what the viewers already know & have memorized. The only new or unseen scenes were very few like Amaan’s interactions with Abdur Rehman Baba & later showing how the argument between Nilofer Baji & Meer Farooq escalated.

Ana’s dreams are back but more than that, her memory is shaken & now she is finding herself being reminded of a few bits & bobs from her childhood, which included memories of her mother Nilofer. Ana is now trying to analyze things on her & trying to make sense of what she is seeing & is being reminded of. This episode didn’t show Ana much but for now, it was still a decent approach of the director to suggest that she on her own was also battling with her inner struggles as well.

Amaan got in touch with Abdur Rehman Baba. Their conversations suggested that he left Daryabagh after the accident but Amaan found him out. The best part about their scenes was the usage of the native language, plus the actor playing the role of Abdur Rehman Baba has this flow to it that it feels nice listening to it, but it was sad that even his dialogues were few & repetitive. Farhat Ishtiyaq is known for writing some brilliant and meaningful dialogues but this definitely is not the case with Ye Dil Mera. Yes, the conversations of this drama couldn’t be too philosophical but it also didn’t deserve these kinds of plain & simple dialogues which are repetitive as well!

Meer Farooq continued to search for Ana but he couldn’t. Ali Baksh was also doing everything to find his “SAAHIB’s” daughter but he was failing miserably. It is now turning out to be a little unconvincing that none of them bothered replying back to Nargis Bua’s calls. They should’ve given her a chance thinking maybe she knows something or if Ana must’ve contacted her but they didn’t. Even if Nargis Bua hadn’t called them, the first person Ali Baksh or Meer Farooq should’ve called was Nargis Bua. 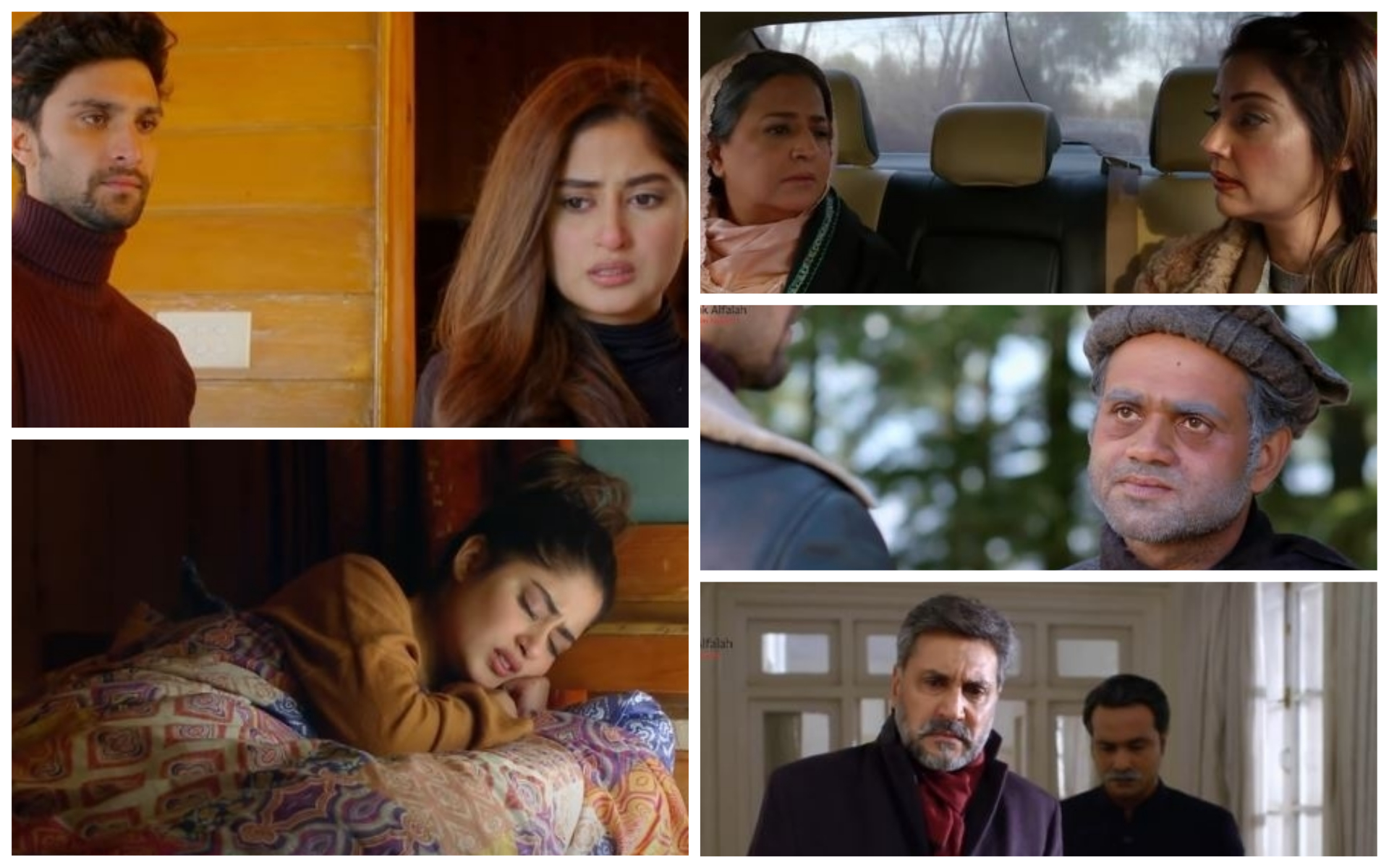 Nargis Bua & Detective Farhana started off their Mission Rescue Ana, but on the way to Daryabagh & after wasting a lot of kilometers, they discussed some details & finally, to much relief of the viewers Nargis Bua spilled the beans on how Meer Farooq killed Amaan’s family. It didn’t take Detective Farhana to figure out that Amaan had something against Meer Farooq even before Nargis Bua told her the truth because she ended up believing that Amaan was capable of harming Ana & he was doing all of this for a reason, but it is good that she now knows. Detective Farhana already was not much pleased with Meer Farooq & now she has all the more reason to despise him because she knows that he is a criminal. The rest of the episode was filled with flashbacks, which definitely could’ve been avoided.

The last few scenes of the episode were intense with Nilofer calling Meer Farooq out & telling him that she was going to do everything to expose him. Once again, some great performances there. Every step of the way, you feel for Nilofer because no wife deserves a psychopath like Meer Farooq Zaman. Amaan also has a plan & he ended up sharing it with Abdur Rehman. Now that he has spoken about him dying, I think this is the only plausible closure his character will get. He has spent his entire life suffering from PTSD & coming up with a plan of destroying Meer Farooq & after when he’s done, as much as I would like to see that happening, maybe it won’t be possible for Amaan to lead a normal life. The only ray of hope for his character happens to be the unconditional love for Ana that she may bring him out of his misery but after she will find out what her father has done in the past with Amaan’s family as well as her own mother, she herself will go into depression. Let’s see what happens.

It is unfortunate that Ye Dil Mera still has not ended. Even if they wanted the drama to be long, 30 episodes were enough but it is kind of upsetting that there are still so many episodes left. The next one will uncover a few more details of the night when Nilofer tried to run away with Ana, those scenes will definitely be quite intense. Another week, another opportunity wasted for Ana to grow mentally, but it is interesting that despite her world turning upside down, her styling is on-point & she looks stunning. Detective Farhana continues to underperform & even when she found out such a shocking truth, her reaction was cold, maybe the temperatures of Daryabagh were already getting to her. Please share your thoughts about this episode of Ye Dil Mera.

A pro tip: If you’re tuning to Youtube for this episode of Ye Dil Mera, watch all the scenes of Nargis Bua & Detective Farhana on playback speed of 1.5. Try now, thank me later. :)