Ohkay so, this episode of Ye Dil Mera belonged to Sajal Aly. Pakistani drama industry is filled with immensely talented actors but it is definitely a rarity where the audience are spellbound with such phenomenal performances that sends shivers down their spine – Sajal Aly in this episode did exactly that. While watching those few particular scenes where Ana recalled everything & then confronted her father, it was impossible to look away from the screen even for a second. Sajal Aly should take a bow for this award-winning performance in this episode of Ye Dil Mera tonight!

This Episode Belonged To Sajal Aly

After ignoring the character of Ana for so long, it was definitely a good decision by the writer & the director to dedicate these two episodes to her. She was the one whose life depended on unveiling the truth, therefore she required the coverage & the time she got. What added more to it was the stellar performance given by Sajal Aly for sure. In the preview last week, when I came across the scene of Ana happening to see her mother’s burial, I was actually unsure of how they were going to make it convincing but now everything did make sense. When Ali Baksh did not even bother taking Nilofer away from Ana to shoot her, it made complete sense that due to haste none of them bothered looking around whether Ana or anyone for that matter was looking at them or not. Ana was an eye-witness of everything & now in the similar setting without any heavy dosage of medication, it was very easy for her to recall everything from the past, however the course of which was definitely difficult for her, due to her living through those moments again! 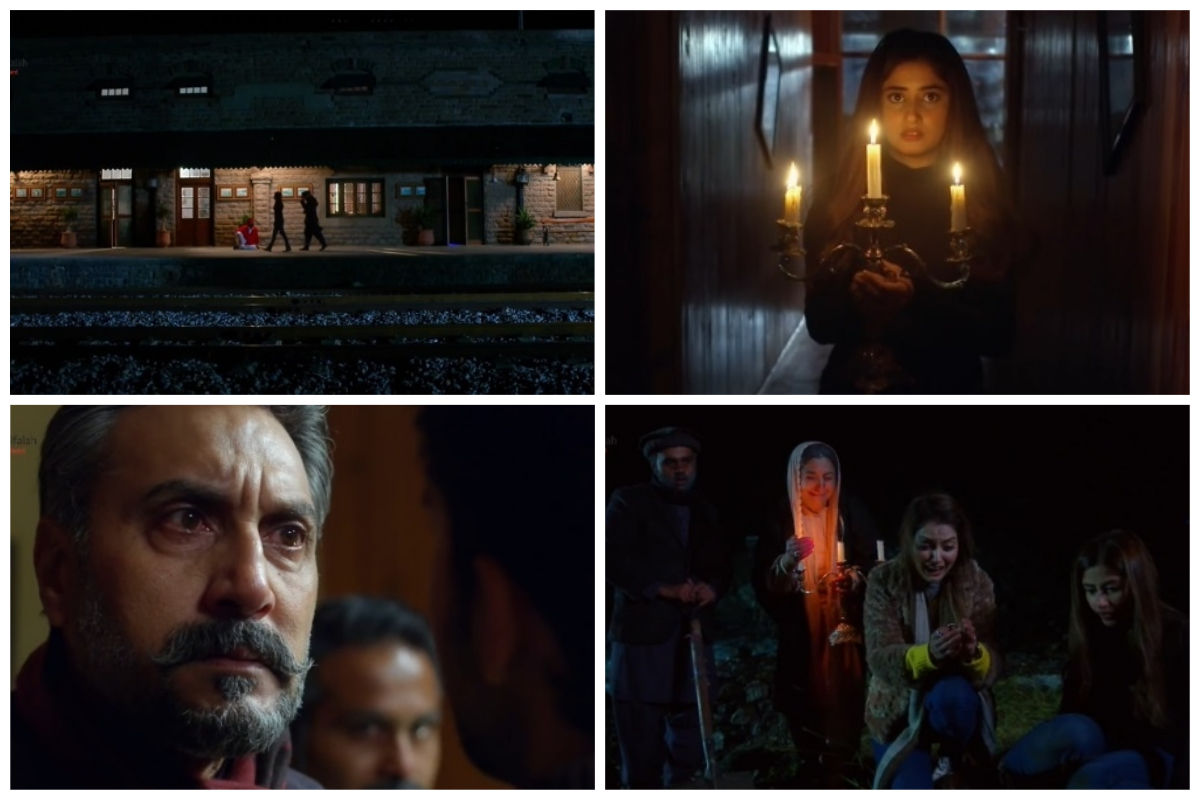 The scene where Ana actually puts her hand in the grave to pick up on the bangle gave me chills. No child in this world deserves to go through this & considering Ana remembered how loving her mother was, it was the worst thing that happened to her as Nilofer’s daughter. I am glad that throughout this entire episode, Sajal Aly’s performance was so strong that it overshadowed rather filtered all the filler characters as well as their weak performances & dialogues. I will however definitely say that Nargis Bua & Farhana yet again proved to be useless characters in this equation. When Ana came back from the train station & asked Nargis Bua a basic question such as who ordered Ali Baksh to shoot Nilofer, Farhana jumped in & tried to make it sound like Ana was being irrational asking about it? The girl has been through so much & the least you can do is at least bring her out of her misery. I honestly feel this was Nargis Bua’s chance of redemption but she wasted it. Yes, may be the drama-makers wanted Ana to hear it all from her father but seeing other characters not do their part to help Ana in some way was definitely uncalled for. I expected Nargis Bua or even Farhana after finding the truth to say something at least because they both got a lot of screen time previously, so it was important for them to say something to establish their value in this entire situation. 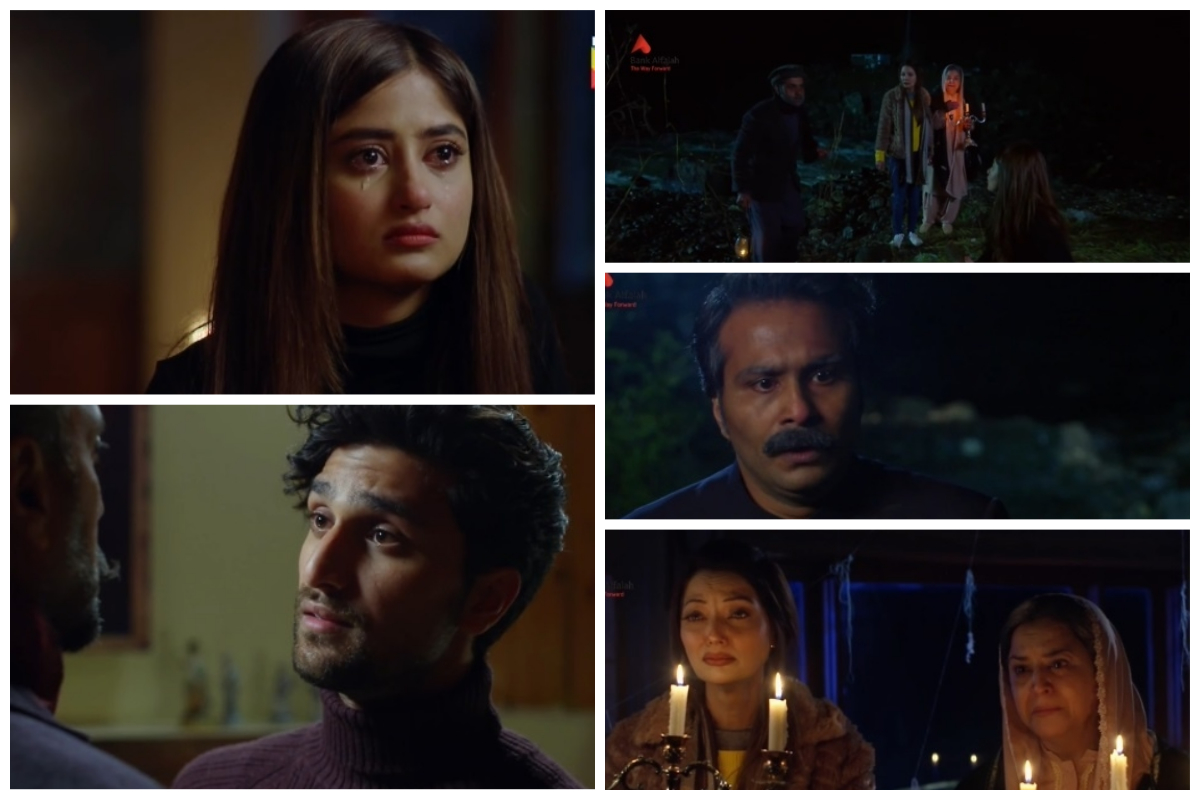 The moment Amaan told Meer Farooq that Ana was in Summer House, he knew exactly what was going to happen – it showed him that Ana by now must’ve recollected all the memories & now was the time for him to answer her questions. Meer Farooq Zaman knew this was the time of his undoing & he won’t be able to dodge it. The entire scene with everyone surrounding Nilofer’s grave & Ana coercing her father to tell the truth was brilliant – probably one of the most powerful scenes of this entire drama. I felt relieved when Ana finally found out the truth & Meer Farooq confessed everything. She was right, her entire life has been a lie & the one feeding her those lies was none other than her father that she loved so much. Amaan knew his nightmare was over & now everything relied on Ana!

This episode was definitely the best episode of Ye Dil Mera. The preview of the next episode suggested the new beginning as well the closure Amaan & even Ana will get from their past. It seems the drama makers are going to recreate the same love-confession scene similar to the last episode of Yakeen Ka Safar & I can foresee Sajal & Ahad’s fans being in for a treat – I am looking forward to that particular scene too because I totally believe they both deserve love & happiness. I do hope they don’t just give hints about what actually happened with Meer Farooq Zaman & in fact show him paying the definitive price for all the crimes that he has committed – same goes for Ali Baksh too.

It wouldn’t be an episode of Ye Dil Mera without some of the glitches & poorly conceived scenarios – first one being Meer Farooq asking Ali Baksh ‘kisi ko shaq to nahi hua’, while the boy shot Nilofer at the train station with minimum of 20 people around who witnessed it. Having lived for 6 years in Murree myself, I know how fast the news travels in such small towns, lol. Also, Amaan always drove around Darya Bagh in his 4WD, but now when he was about to go see Ana, he had a sedan? Not sure when his car changed.

Anyhow, Sajal Aly definitely deserves an award for this performance. At one point she made me say that because of this performance & display of acting skills, Sajal ne is drama ke sab directional gunnah maaf karwa diye. Well done Sajal Aly & also Adnan Siddique for portraying the helplessness of a father who loved his daughter with all his heart but knew his time was over & the facade he carried all these years had fallen off. The sass of Amaanullah even when he was hit by Meer Farooq Zaman is worth appreciation, Ahad Raza Mir has stayed true to the essence of this character throughout the drama. Please share your thoughts about this episode of Ye Dil Mera.