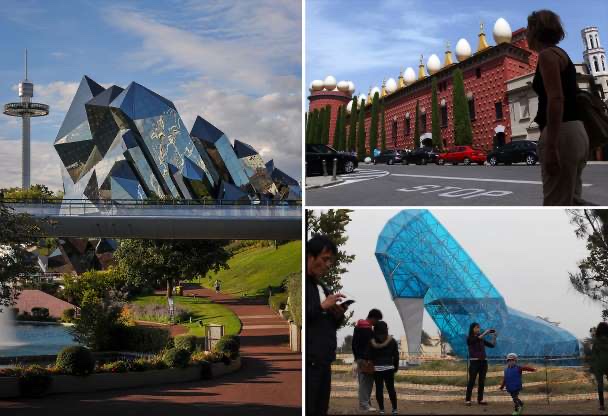 10 bizarre buildings in the world which will leave you spellbound

Whenever someone speaks of architecture, we often think of sleek, straight structures or buildings depicting tradition and culture. Well, this isn’t the case for these bizarre buildings in the world which will leave you spellbound, check out our list here: 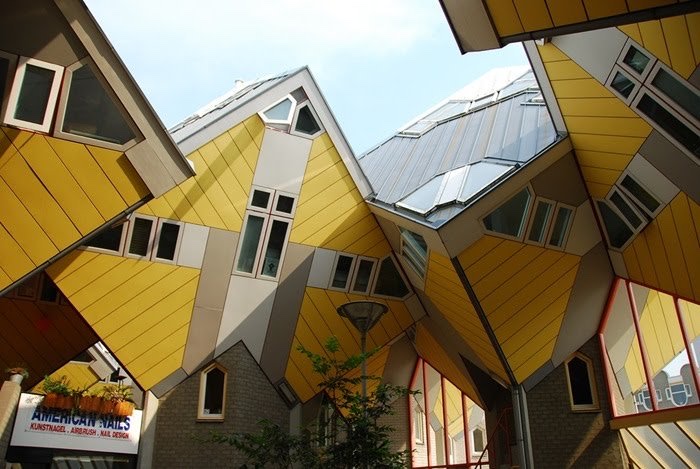 The Cubic Houses were conceived and constructed by architect Piet Blom in the 1970s. They are constructed in a titled position on a hexagonal pole complete with a living room, bathrooms, dining area, etc. 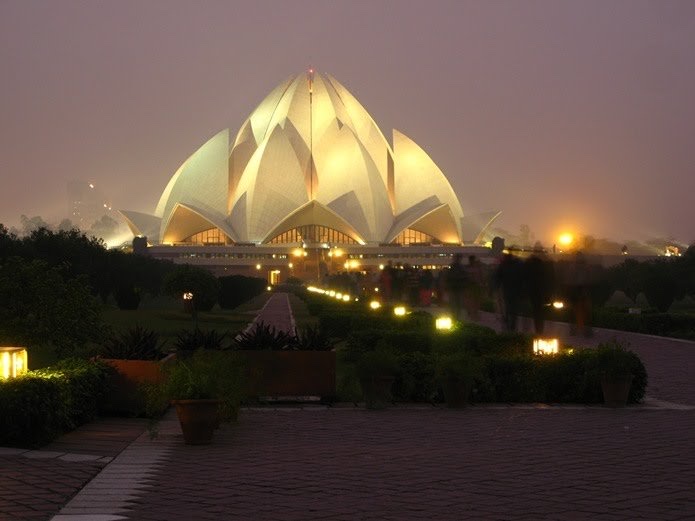 The Lotus Temple is the artwork of architect Fariborz Sahba constructed in 1986 and is composed in the shape of the lotus flower. The Temple holds the capacity 2,500 people. It is the most visited building in the world and has won numerous architectural awards while being featured in many newspaper and magazine articles. 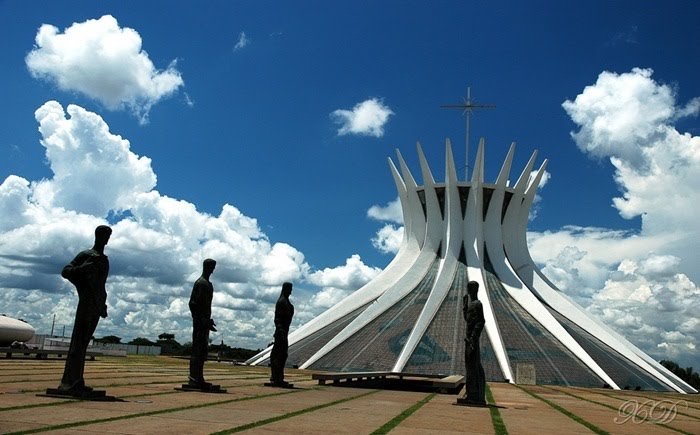 The Cathedral of Brasilia was designed by renowned architect Oscar Niemeyer in 1970. The only visible structure of the cathedrals are the concrete columns which point upwards in a rather peculiar shape. It is very different from typical cathedrals and reflects the richness and prominent culture of Brazil. 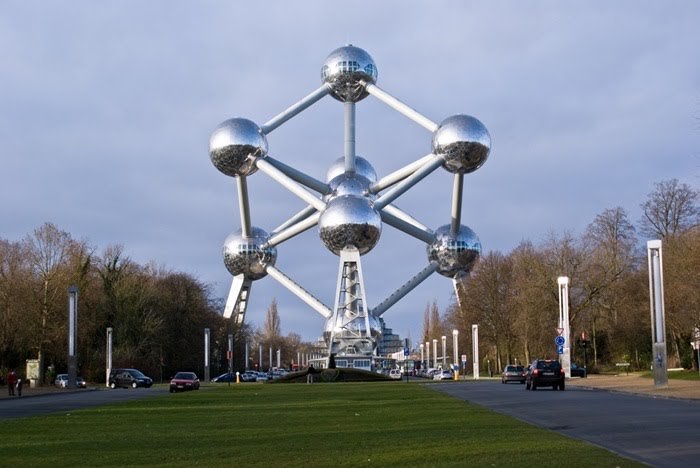 The Atomium is now a museum which was originally constructed for the 1958 Brussels World Expo by architects André and Jean Polak. The building forms the shape of unit cells of iron crystals connected with spheres. The building contains exhibit halls, public spaces and even a functioning restaurant which gives a splendid view of the city. 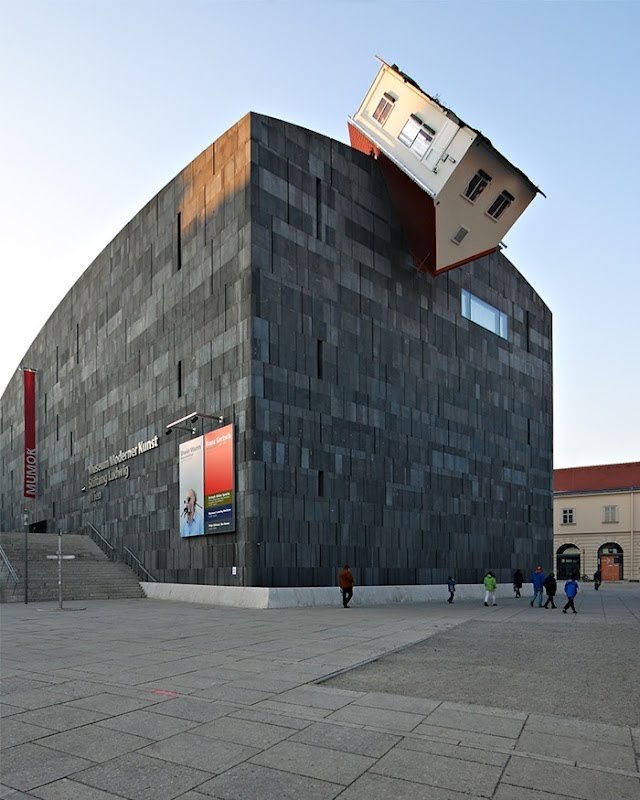 House Attack was an architectural installation in collaboration with Museum Moderner Kunst by artist Erwin Wurm. The House Attack gives the illusion of a house fallen from the sky and landed itself on to the museum. The project was completed in 2006. 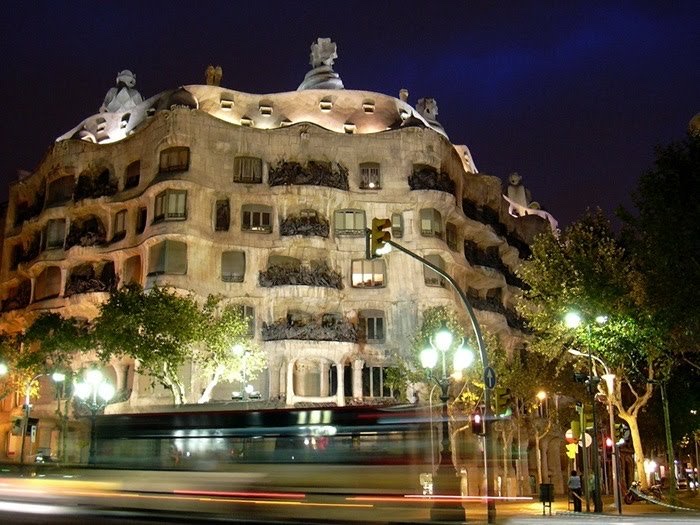 Antoni Gaudi is the mastermind behind this unique building which was constructed in the early 1900s. The building takes the peculiar shape with it’s twisted design. The artwork has been included in UNESCO World Heritage Sites since 1984. The original name of the structure is Casa Milà. 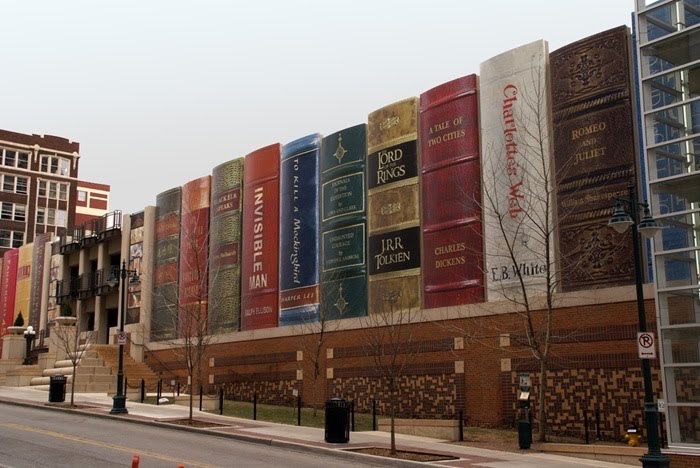 The facade of Kansas City Library is that of 25 feet high books lined in a row. The design was conceived in 2006 to beautify the area. This space surely is a book lovers dream come true. 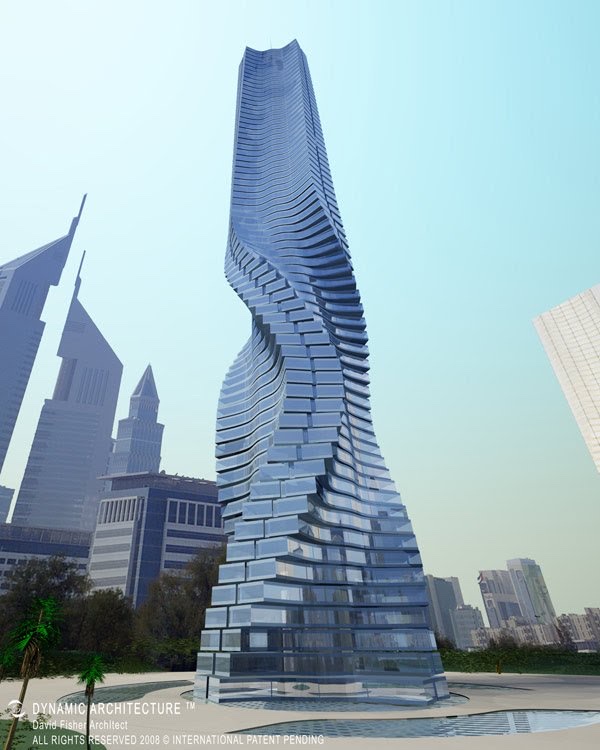 This unconventional building designed by architect David Fisher is a proposed idea to be completed in 2020. Each floor is designed to rotate independently to give a complete different view of the building each time someone looks at it. The tower is a proposed hotel, office and residential space set to be located in Dubai, UAE. 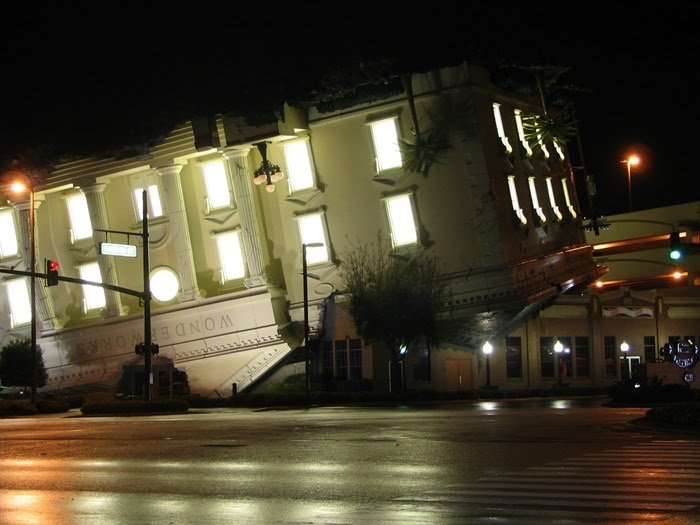 An entertainment center which focuses on science exhibits, Wonderworks features buildings which are commonly built upside down. Wonderworks is the creative brainchild of Terry O. Nichoson. 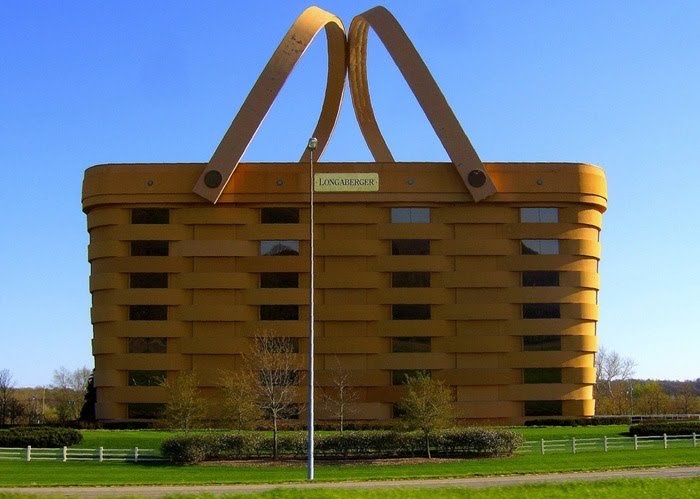 A giant basket shaped building which was completed in 1997 is located in Newark, Ohio. The genius behind this building is Dave Longaberger. Kind of looks creepy yet cool, right?