Ohkay so, Digest Writer; a new drama filled the slot of Sunday prime time with a very different plot. I must say I am pleasantly surprised with the execution of the drama & am already looking forward to the 3rd episode.

The story’s all about a girl Fareeda (Saba Qamar); who belongs to lower middle class, where every single day she gets to hear how hard her father’s working to keep the family afloat. Fareeda’s father is obviously very orthodox & staunch, that’s why he believes that he only needs to invest all his money & attention on his one & only son Farhaan. Fareeda also has an elder sister Jameela (Maheen Rizvi) & a younger one Shakeela (Aiman/Minal Khan) 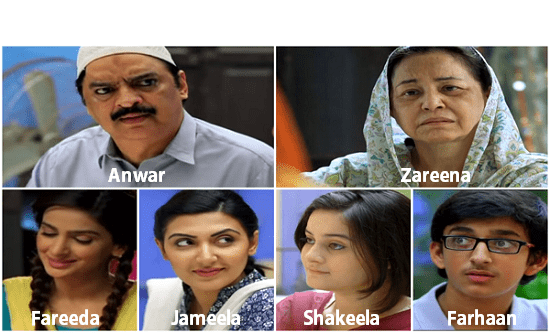 The story revolves around how Fareeda has a passion for writing & how she finds repose when she fills the papers with her thoughts. Ignoring the objection of her family, Fareeda thinks she ain’t doing anything wrong if she is sharing her thought process with others through her stories. The only little support Fareeda has is of her college friend & her younger sister Shakeela.

The background to which Fareeda belongs, definitely doesn’t allow girls to fulfil their wishes; no matter how harmless they might be & what really creates a mountain of problems for Fareeda is when her story is published in a digest. That gives a rise to all sorts of opinions that are not in her favour but despite seeing everything against her; Fareeda remains persistent to pursue her dream of becoming a writer because the positive response she gets from the readers boosts the confidence in her that she can entertain people through her work.

Fareeda comes from a family that’s facing a lot of problems, where the financial condition of her father isn’t very strong & she has an elder unmarried sister for whom her parents are having a hard time finding a decent suitor. The only way Fareeda deals with the harsh reality of her life is by turning her reality into fictional situations that her characters are facing in her stories & that’s how she uses her circumstances as an inspiration for her stories because she takes her imaginary world as a sweet escape from what’s life’s putting her up with. Her problems not only end there but she also has to put up with the opinions or rather objection of her Pupho, who takes it as her duty to even highlight the issue of Fareeda using her pen name ‘Rashk-e-Hina’ other than her real name Fareeda, which she got after her grandmother & which she dislikes actually. 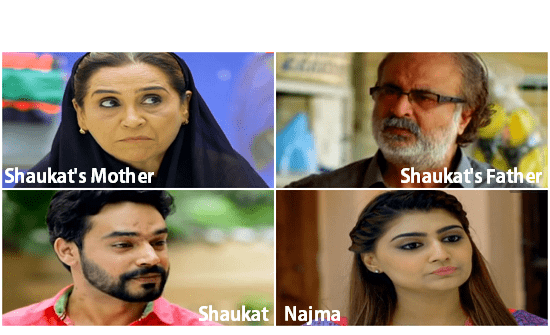 I must say even though the story of Digest Writer is very different, the family of Fareeda & the family of her cousin Shaukat (Gohar Rasheed) reminded me a lot of drama; Daam. I feel the execution of Daam was very realistic whereas Digest Writer has a very commercial feel to it & also the characters aren’t very subtle that’ll often make you feel that you’ve been there, seen that, but still it offers you something very different to look forward to.

There were a few interesting things that I liked a lot about this play. First one being that even though Anwar has invested a lot in his only son, Farhaan makes sure he pleases his father by studying hard & isn’t like one of those spoiled boys who exploit the love of their parents. Farhaan seemed very wise & reasonable where he seemed well aware of the fact that all the luxuries that he demands aren’t so easily accessible to his family. Another thing that I liked was the different shades in Jameela’s character. Even though she might get jealous because of the attention & the proposals Fareeda gets, still she has a very sisterly relation with her where she jokes with her, teases her & also listens to Fareeda’s words of wisdom when Jameela herself is depressed. The support Shakeela being a younger sister extends to Fareeda is also very sweet.

I know it would sound very random but I kind of enjoyed watching the character of Shaukat & his ways of wooing Fareeda, where he kept on hinting at her & still was shy to propose to her directly because he’s too scared of his own parents. Fareeda’s pupho was a perfect representative of all those people that put a pressure on others & feel they need to restrict others of the things they like to do, that’s why to get what she wanted, she felt it was important to thrash Fareeda’s writings in front of Anwar & portrayed them in a very bad light, ignoring the positives that were also a part of her story.

Fareeda’s finally on a roll where unexpectedly Rida & Sikandar who’re about to produce a drama will approach her because Rida in particular saw the spark in Fareeda’s writing that she was looking for. That will obviously create more problems for Fareeda & I am interested to see how she tackles them & convinces her father to allow her to pursue her dreams.

I must say all the actors have done their jobs really well & Saba Qamar looks really nice playing the role of a day-dreamer, who definitely dreams big but is well aware of her ground realities. This is the very first time I have seen Gohar Rasheed acting in a drama & I must say he was effortless in playing the role of Shaukat as well. Share your thoughts about the first two episodes of the drama; Digest Writer.