Aangan Episode 4 Story Review – Tonight’s episode of Aangan was engaging and with this episode, the story entered the next phase. The opening scenes of this episode were shot and acted-out superbly. Aba Mian’s exit from the story and the way his demise changed the course of everyone’s life was covered in an impactful manner. The beginning of the next chapter of the story was interesting and intriguing. For the first time the story did not take a backseat unlike the previous 3 episodes in which the visuals took the lead.

Aba Mian died just the way he lived – miserable and unhappy. This was the most powerful scene in this episode. The way his expressions were captured right before he died and the entire situation at the time was what made this scene profound. This scene was melancholic as well as poignant. Just when we thought we had seen the worse of Ama Jaan’s sons, Zafar turned out to be the worst of them all. Zafar was introduced as an opportunist and a selfish individual who could not care less about anyone other than himself. The decision taken by the brothers made perfect sense since none of them was capable enough to look after their mother and their father’s lands. However, watching Ama Jaan change altogether showed that all her jah o jalal was only there because of her husband. Now that he was gone, she was no longer assertive probably because she also knew that her sons were not responsible enough and that she could not live on her own. A few scenes tonight showed a more caring side of Ama Jaan’s character – something which was definitely needed. The exit from the haveli was covered beautifully – the way everyone took whatever and whoever they valued the most with them and embarked on a new journey showed how much things had changed in such a short span of time. 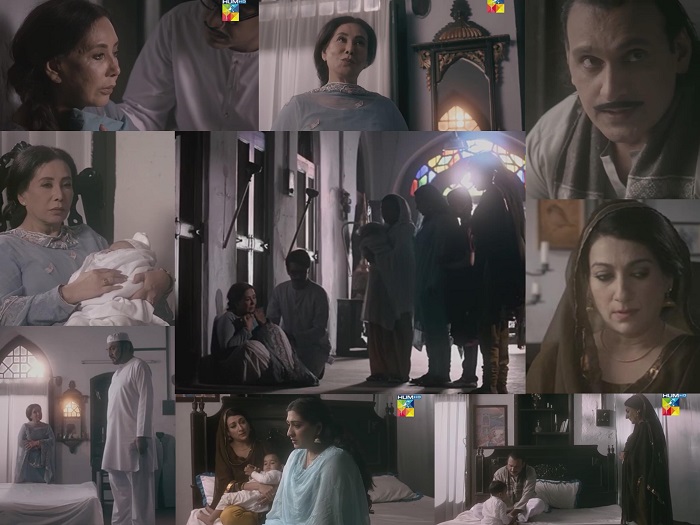 The new beginnings in everyone’s lives, years after they sold the haveli and decided to live separately gave an introduction to how things were in both the houses. The state of affairs in Azhar’s household clearly showed that all the wealth he had acquired had been spent over the years probably because he could not invest it properly and obviously because he did not have a proper job. Azhar’s life is at a standstill until the Britishers leave the subcontinent therefore he does not plan for the present or the future at all. Jamil’s frustrations and his serious nature was quite apparent from the few scenes in this episode. Ahad Raza Mir performed exceptionally well in this episode. His dialogue delivery was especially impressive because he usually does not speak Urdu this clearly. The promos introduced the viewers to Chammi’s character already since she was the one who stood out in the promos more than any other character. Sajal Aly is a brilliant actress therefore I have huge expectations from her. In this episode the viewers saw a side of Chammi’s  personality which they have already seen in the promos. I am definitely waiting to see more of her.  I am still wondering who Chammi is – Is she Zafar’s daughter? Hassan Noman will be playing Israr’s character, he too is a phenomenal actor and he acted so well in this episode. You couldn’t help feeling for Israr since it was quite clear that he was a docile individual who looked after the small business Azhar owned but did not get a lot of respect and was treated like a servant. The way Kareeman told him off and said that the ‘ghar wale’ had not eaten suggested just that. 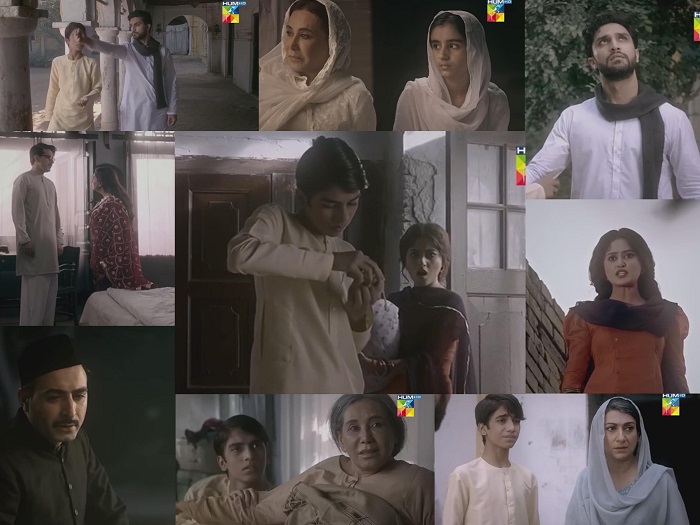 Things in Mazhar’s house were no different where Safdar (Ahsan Khan) was not given any respect by Mazhar’s wife. In all these years the resentment must only have grown since she never wanted to raise Safdar. Mazhar has been shown as the relatively sensible one therefore he seemed to be doing well, financially.

This was the first episode of Aangan which worked for me. Some of the scenes tonight were shot beautifully and the fact that the viewers were introduced to all these characters beforehand helps in better understanding the way things are in their lives right now. Having said that, Salma’s track could have been chopped down and everything that was shown in the past 3 weeks could have been covered in two episodes. If the haveli was eventually going to be sold off, it should not have been given so much ‘attention’! Everyone acted so well tonight but the make-up should have toned down. I am looking forward to ‘meeting’ all the other characters in the next episode.