Like most of us predicted, Zaheer-ud-deen passed away and his death left an impact on everybody’s life. The story has reached a turning point with Zaheer-ud-deen’s death, and I am glad the story is finally going to move forward from next episode.

Aaliyan needed this wake up call to realize the gravity of the situation. Aaliyan might be care-free/careless, but he is definitely not heartless. He completely supported Qudsiya during this testing time when the whole world has collapsed on her. She had put a brave face for her father, and now that her father is gone so has her strength. She needed someone’s support at this point, and Aaliyan was there for her throughout.

In the past two or three episodes, we have seen that Aaliyan had been completely fed up of the upheaval Qudsiya had created in his life and was pretty irritated by Qudsiya’s presence in his house. He took her to the hospital and took care of her for only Dudi’s sake, but this time Dudi did not ask him for anything. He stood by Qudsiya by his own free will, and in the process recognized the true faces of many people in his life. 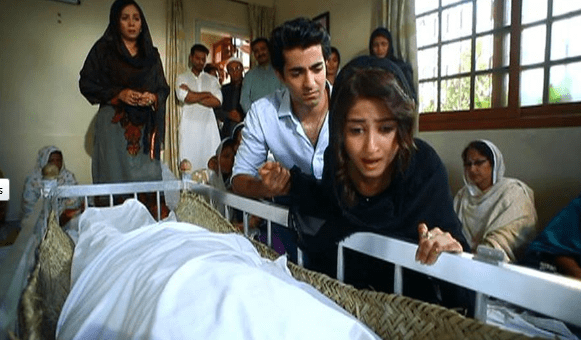 He is finally realizing that he is surrounded by selfish people. It was the cruel words spoken by his father that ended Zaheer-ud-deen’s life, and he had absolutely no guilt. He was ashamed of his father, and he was pretty vocal about it. He did get a slap as an answer for his misbehavior, but he really did not care about it at the moment. He had not expected his father to stoop so low and had no regrets of standing up to him. 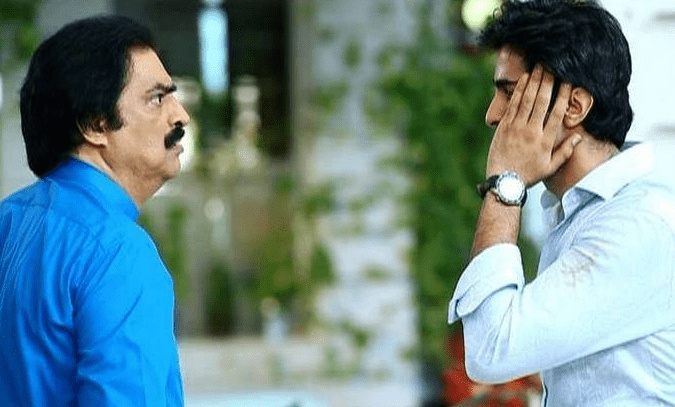 Another development (which made me really happy) was that Aaliyan is finally realizing that his feelings for Natasha are more out of necessity than love. He had been craving for love throughout his life, and when he got a drop of it from Natasha, he quickly grabbed it with both hands. His desperation for love made him blind to Natasha’s faults and how selfish she really is. But now slowly, the blinds are removing and he can finally see the stark truth about Natasha. He has started to question his feelings for her, and he would be more open about it to Dudi in the next episode. 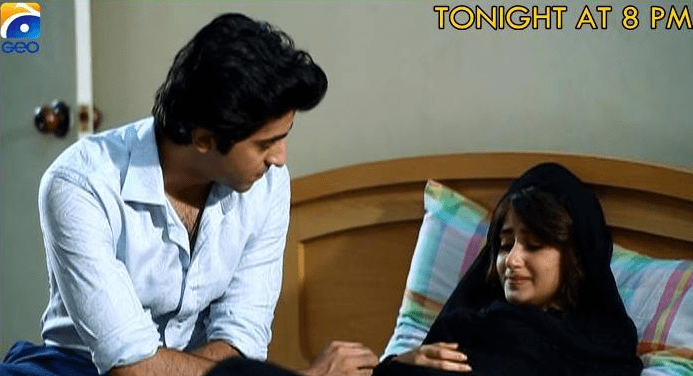 Sajjal Ali completely stole the show this week. The way she broke down after her father’s death was truly heart wrenching to watch. All of Zaheer-ud-deen’s daughters were really attached to him, especially Qudsiya. She had not only lost her father but her support system, a friend and I simply loved the way Aaliyan offered her to share her troubles with him now. I simply loved the way he was genuinely worried about her health. But the main question is; will he stand by her now when she has no reason to be his wife anymore? Her father’s health was the main reason she had been staying in his house in the first place. Will Aaliyan be Qudsiya and her family’s support system or will he take a step back? These are some questions that have popped in my head and I hope we get the answer soon.

He had offered to be her friend but she had declined. The shocking part came after that when he told her ‘Ek Kaam Karte Hai, Mein Apko Divorce Nahi Deta’. I do not know if he was joking or if he was serious, but I was really taken aback when he told her this. 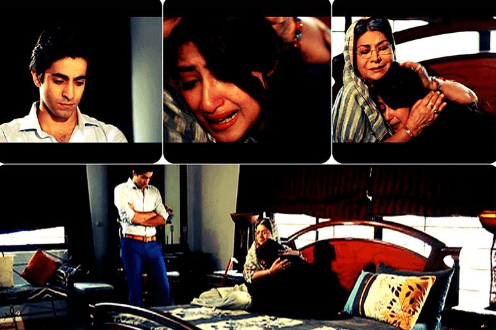 I am sure about one thing though; Dudi will help Qudsiya in this situation and will not leave her alone in such hard times. She truly cares about the girl who is badly stuck in a serious situation that could impact her whole life.

One phase of this story has ended and I am eagerly looking forward to its next phase. It will be interesting to watch how the story will shape now.