When it comes to Sania Saeed, she has given so many amazing performances in so many dramas but she made sure to make her characters seem different every single time. Sania Saeed doesn’t mind experimenting because she often takes such roles that are completely different from one another. Sania happens to be one such actress who believes in portraying very different characters because she likes to leave a mark as an actor. In drama serial Zard Mausam, where with a very simple look Sania depicted what a unhappy housewife looks like, Sania surprised everyone with her performance as Bari Sarkar in the drama serial Aseerzadi where she played the role of the head of the family & also the one who reaping fruits of being a married woman with a child, Sania pulled off the glamorous look with a lot of grace & conviction Then we have an example of recent dramas like Mor Mahal, where she is seen as a soothsayer, her styling speaks for itself & she succeeded in changing her dialogue delivery too. These days she is seen as a very simple Pukhtun housewife in Sang e Marmar & Sania has changed her entire personality to fit the role assigned to her. 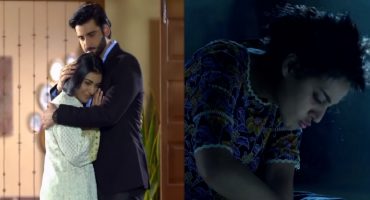