Ohkay so, this was one of the best episodes of Alif. It was all about experiencing the emotions that Qalb e Momin & Momina Sultan were going through. This episode was more like a feeling, something that has to be just felt & absorbed. It was magical, it was beautiful, it was like this artistry & a beautiful painting that one just looks at completely mesmerized.

Momina has moved on but it seems Faisal the opportunist is trying to rekindle her feelings for him. All of a sudden, Momina has made Faisal proud, another instance where Momina was forced to see Faisal’s true colors & yes, she did not waste any time in reminding herself about the things that she had heard from him back then. More than Faisal wanting to tell everything to Momina, it seemed he was actually trying to learn whether he still holds the same place in her heart or not. Momina’s cold response did send him a message loud & clear but the Faisal that we know is obviously going to come back & try harder.

The shooting of Alif began & Momina started seeing Qalb e Momin in a completely different light. Slowly & steadily, her perspective about Momin is changing & she is unable to figure out what is it that is drawing her closer to him. Momina is focusing on her project, but it is also a fact that she appreciates Momin’s presence. She notices how his eyes are locked on her. Momina knows that just the way she sees Husn e Jahan in herself, Momin was also seeing Husn e Jahan’s memories coming to life every time he looks at Momina. 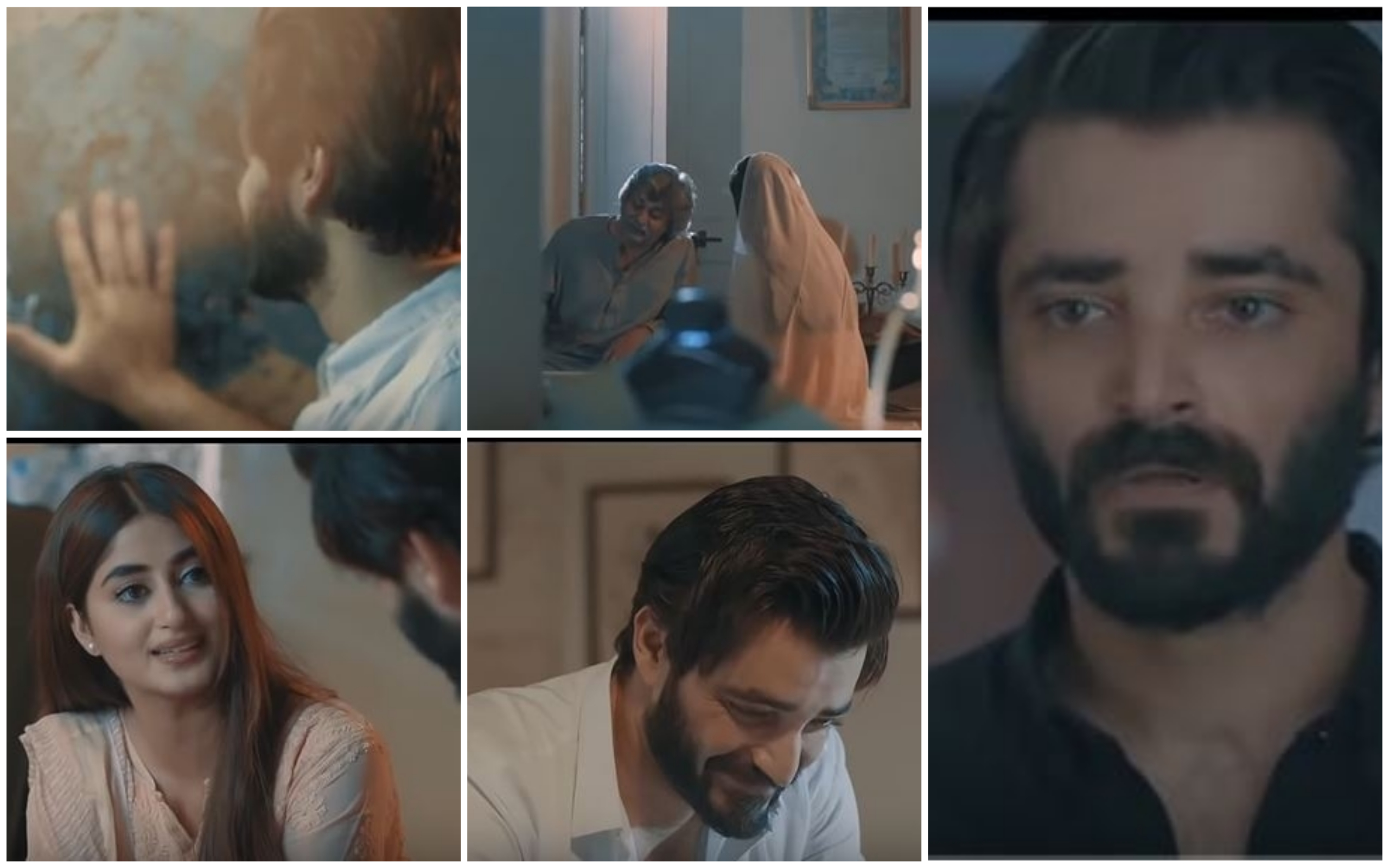 Qalb e Momin was also unsure why he was unable to draw a difference between the fact that she was Momina & not Husn e Jahan. The bitterness that Momin & Momina had towards each other had subsided but now, they were growing comfortable with each other’s presence. Momin was going out of the way for Momina & she was liking the attention. Momin settled everything by apologizing, it went to show that he had changed & he actually regretted his past decisions. Momina has moved on, the fact that she gets to see the difference in Momin firsthand has also helped her a lot with her decisions. The dialogue where Momina stated that she doesn’t live in the past seemed to be coming from the misery that she has seen her parents facing due to Jahangir’s death & not being able to come out of it. She has seen what living in the past does to you, maybe this is another lesson that Momina has learned from Jahangir’s death.

Momin would’ve never thought that all that Momina would settle for would be two white roses. Momina has also accepted Momin’s feelings but there’s a lot that’s left to be said. At this point, Momina feels sympathetic towards him because she knows the miserable life that Qalb e Momin has led as a child. This has allowed her to feel for him. Momin has no idea that he doesn’t need to carry a facade in front of her. She once again beautifully tried to ask him whether the boy in the script was Qalb e Momin, but he didn’t give it away. It was interesting to see Momina knowing about all the things Qalb e Momin was keeping from her! 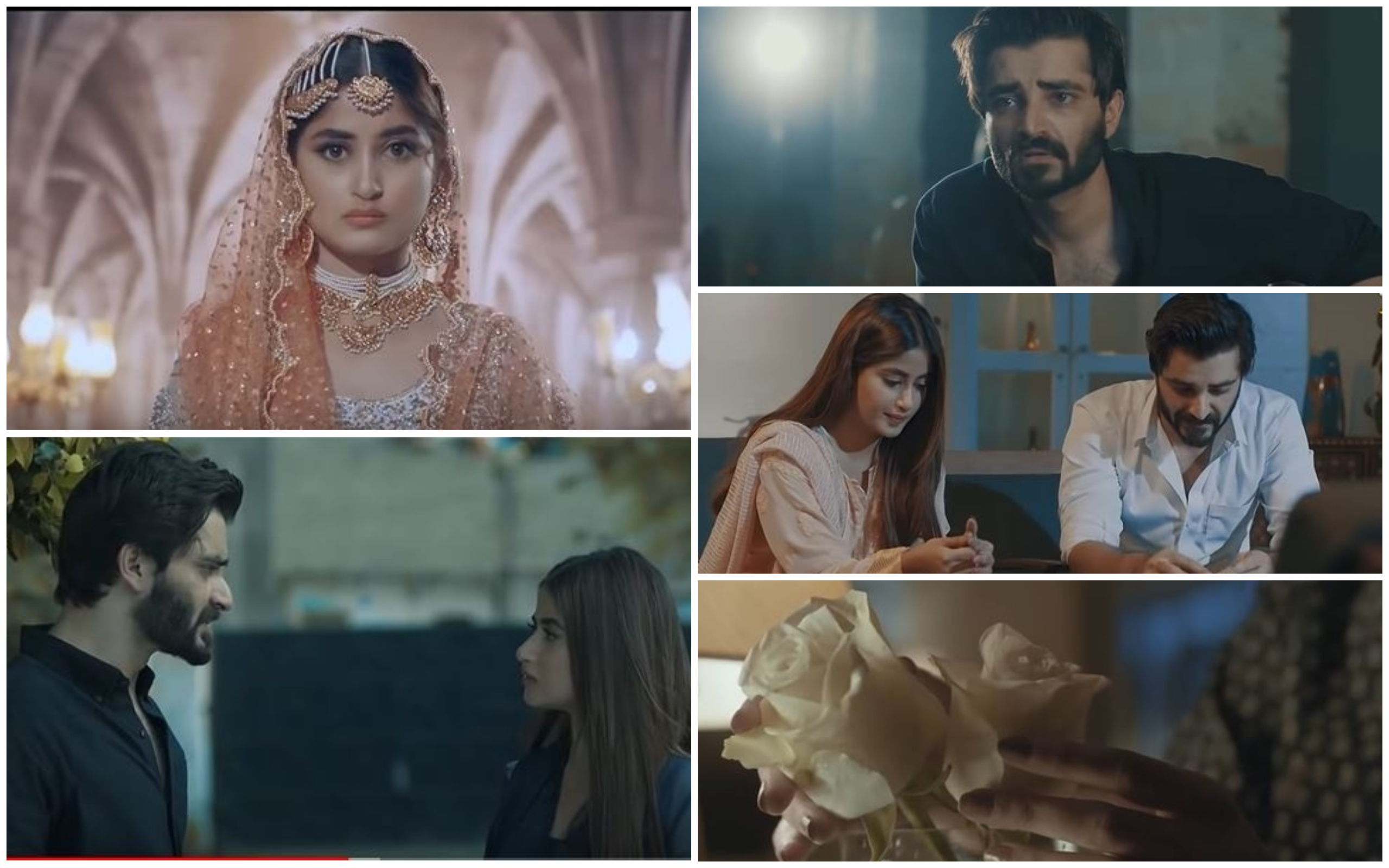 Momina & Master Ibrahim’s conversation ended up being a turning point in Momina’s behavior towards Momin. She learned that she was being judgmental & probably harsh in her approach towards him, it allowed Momina to bring a shift in her perspective. Umera Ahmed should be given full credit for time & again shedding a light on the fact how people should be more focused on themselves rather than going around judging people for what they don’t know. Momina who sees Master Ibrahim as a practicing believer was shocked to see him admitting his mistakes & being afraid of judging someone else. This changed Momina’s thinking. Their conversation was absolutely sweet & all the scenes of Momin & Momina that followed were equally beautiful too.

This episode of Alif was more like a feeling. It was magical & I still have a smile on my face because it was absolutely sweet. The chemistry of Hamza Ali Abbasi & Sajal Aly was phenomenal. It was understated but still obvious. The way they looked at each other & smiled was absolutely sweet. Sajal Aly looked as beautiful as a dream in this episode in particular, no wonder why Qalb e Momin could not take his eyes off Momina. Hamza Ali Abbasi & Sajal Aly’s performances in this episode where so much had to be conveyed with just facial expressions were exceptional, they made it so easy to understand all that was running through Momin & Momina’s minds. It was a treat seeing their relationship evolve & grow. The preview did suggest some rough patch though which I am dreading but I am sure that’s going to add more depth in their equation. Haseeb Hassan has directed this drama like a dream. Every single frame, every camera angle beautifies the scenario & then the way he has captured the emotions of the characters, it is phenomenal. Please share your thoughts about this magical episode of Alif.