Like every other episode of Alvida this one too had its positives and negatives. I would like to focus on the positives before I discuss the negatives. Alvida definitely has a lot of unconventional scenes to its credit for instance the way Haya confronted Haadi; she said everything that needed to be said and these things are exactly what most of us long to hear in our dramas but our heroines are just not bold enough to express their feelings the way Haya did today. Haya is not being wise while making the biggest and the most important decision of her life but everything that she said to Haadi was spot on. Haadi did not have the right to tell Haya what she should do with her life when he did not even have enough confidence in her to share with her how he felt about Aroosa when he was “best friends” with Haya. Haya kept on repeating “agr aap meri jaga hotey tu parwah bhi nahi krte” because she really wants to prove to Haadi that not caring for someone you have been so close to isn’t as easy as he made it sound like. Also, the way Haya told her father that Rameez was interested in her was anything but conventional but definitely something that was totally in line with her character. Haya has been raised by two very liberal people therefore it did not come a surprise at all when she shared the way Rameez felt about her without any hesitation. It was also a pleasant surprise to see Haadi not falling for the lie which Haya’s father told him. He picked up instantly why Haya’s father wanted to know so much about Rameez and the way he expressed his frustration was also very interesting. 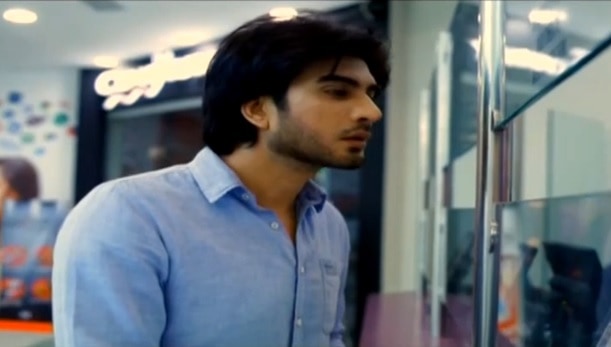 Haya had no intentions of marrying Rameez until she realized that Haadi did not want her to get very close to Rameez. Even when Haya told Haadi for the first time that Rameez had proposed to her and she was going to say yes it was quite evident that she only said that to tick Haadi off even more. Haya’s decision to marry Rameez is definitely more like an attempt to prove to Haadi that he means nothing to her any more. It was almost as if Haya was trying to prove a point and this was her way of getting back at Haadi for what he did more than anything else.

After watching this episode I am quite convinced too that Saim is back so that he can take revenge from Farisa. The fact that Farisa is meeting Saim without informing her husband and trusts him too with all her secrets is going to land her in trouble eventually. Farisa obviously thinks that she is the only one who can destroy people’s lives and no one can do the same to her. Farisa is manipulative and scheming but she is also naive. 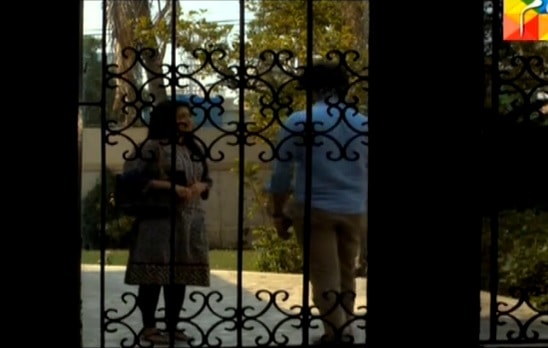 All of Haadi’s fears about Rameez appear to be very right because Rameez seems to have an obsessive personality and he does not even want Haya’s parents to talk to his parents. Haadi appeared to be a very sensible man today who was trying to protect a friend -someone he has been very close to all these years. I did not feel like he loved Haya but his friend’s statement certainly suggested something entirely different.

Now for the negatives!

I did not want Farisa to have anything to do with this wedding, she has already caused everyone enough harm it would have been good if Haya made this decision and went ahead with it all on her own. Even if this decision was based on Haya’s immature agenda to make Haadi believe that she had moved on it would have been great but the fact that Farisa has a big part to play in making this first meeting happen didn’t work for me at all. Sometimes I feel like one negative person in Samira Fazal’s plays tends to control everyone’s lives in some way or the other. Had Farisa not “intervened” when Haya was talking to Rameez on skype things would have been much different. Also, Haya being okay with Farisa’s interference and later on accepting her apology was very difficult to digest. And howcome Rameez did not feel the need to talk to Haya about what she said since he was clearly shocked after hearing what she had to say? This is going to be yet another marriage which will take place because “hyper” Farisa could not mind her own business and somehow Haya just did not tell her off! How could Farisa tell Haya that she wouldn’t have married Haadi if she knew she was coming back when she talked to Haya only days before she got married to Haadi and told her it would be better if she didn’t come back. Farisa of course was trying to mend fences with Haya by telling all these stories but my question is why didn’t Haya confront her like she confronted Haadi? She was her best friend and she stabbed her in the back in the worst way possible, surely that calls for a confrontation right?

In the past few episodes all of us have been complaining because Haadi has been acting like he does not understand Haya at all but tonight Haadi was back to knowing Haya like the back of his hand. I had a tough time relating to the situation but then I guess the writer is trying to show that all this time Haadi did know what was going on in Haya’s mind but he was helping her move on by telling her she felt nothing for him and it was only an infatuation.

All the actors gave their best performances in tonight’s episode just like all the others but Sanam Jung stood out more than others. Imran Abbas makes it easy for me to ignore Haadi’s weak points and makes his character likeable. Zahid Ahmed has been very convincing throughout the play and Sara Khan is just as hyper and annoying as Farisa is meant to be! There were a few dialogues which I felt weren’t delivered the way they should have been by Lubna Aslam.

Overall, this was another happening episode of Alvida which gives you a lot to talk about, few things to complain about and something to look forward to! BTW anyone else wondering where Saadi is?