These two episodes focused on the increasing helplessness of the characters. We know how Meeru’s parents were forced to leave her at Faiza’s house to save their honour and dignity but things still did not go as they wanted to. Tahwaar came to know that Meeru was in the city now and misused the whole situation and traped Raju in the case of selling his own daughter. Raju was punished by the panchaiyat and was beaten near to death. This is a common tradition in the rural areas of Pakistan where rural courts can take one’s life or even order more heinous punishments without any valid reasons. Baandi is hitting hard on this subject and showing how these waderas exploit poor people and rule over their generations. 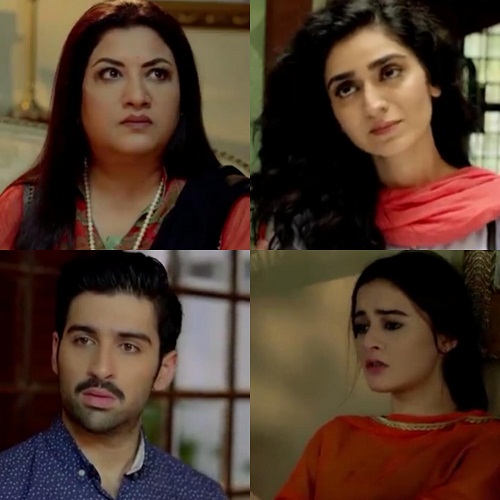 Another face of a Baandi is represented by Rameen. Since the start her character’s plight and Faiza’s reaction over it was very vague. One second it seemed like Faiza is throwing her in hell just because of her greed but the mystery is solved now. Faiza is not her Rameen’s real mother and technically everything that Faiza has belongs to Rameen as it was her mother’s. This makes it easy for Faiza to throw her into the dungeons and lock them without even glancing back. Kamran Jilani has played a perfect evil character. You hate him when he comes on screen or looks at Rameen. The way Rameen’s father has acted though towards the situation is hateable. He is the one even greedier than Faiza as he is Rameen’s real father and should try to show a bit of sympathy at least but Shahnawaz is the one dying for more money.

Wali is still in a haze. He is trying to make things right in his sister’s life and on the other hand, is falling for Meeru. Faiza is still unaware of the situation with Meeru and Wali and Babu Bhai is the one helping him. The way he asked him that does he even know what he is doing showed that Babu Bhai really cares for Meeru and was trying to save her from even more cruelty.

Baandi is doing a really good job showing the true face of society and the plight people are facing due to waderas in the rural areas and white collar criminals like Faiza in the cities!