It was an easy guess why Naila was in the picture all along!! Tonight only for a little while Numair decided to reflect upon his actions for the sake of his daughter. A sudden change in his behaviour would have been very difficult to connect to therefore when he “convinced” himself once again that he was fighting a lost battle I definitely felt that this development was in line with his character. It is impossible for someone like Numair to change overnight. He constantly blames his victim for his actions and keeps on reminding himself that everything he does is beyond his control. Numair’s character gives the viewers a very realistic insight into what goes on in the mind of people like Numair. He has a very solid justification in his head for what he is doing and he has clearly lost the ability to differentiate between good and evil. Some people blame drugs for their actions, others blame their childhood experiences and there are many like Numair who blame the victims.

I am still unable to understand why Rameen’s mother needs to ask for anyone’s permission in order to do what she wants to do. Saving her daughter should be her first priority and saving her property or pleasing others should be her last concern! Getting a ticket and going to another city is not as difficult as she is making it out to be. Being available on the phone so that Rameen can share her fears with her is not good enough!

Sajjal Ali once again was brilliant as Rameen; she portrayed Rameen’s fears and insecurities impeccably. Azar is immature and ambitious and Numair knows that only too well. Azar wants to make money and succeed in what he is doing but he does not want to work very hard to achieve all that. Numair may give him a tough time but Azar believes that he is the only one who can help him get the kind of life which he wants. The only reason he wanted to move out of Numair’s house was because Numair was no longer supporting him the way he initially was, he does not understand Rameen’s fears and he does not really care about her happiness either. 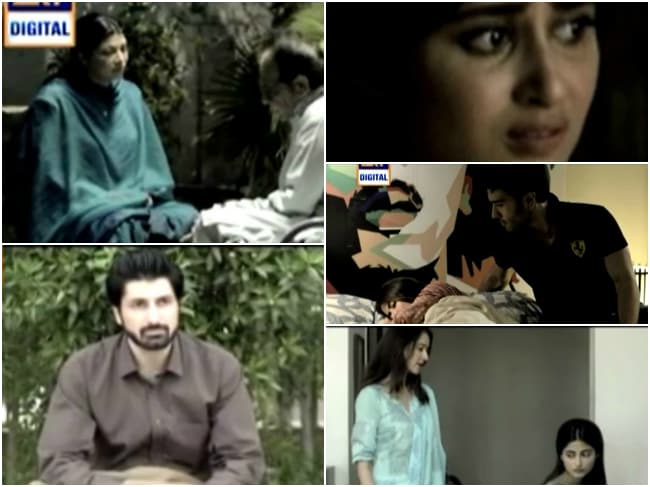 This episode did not have much to offer except for giving the viewers more of an insight into Numair’s character. Numair is over-protective about his own daughter for obvious reasons. He knows how vulnerable girls are and what men can do to them therefore he does not even want a nine year old boy around his daughter. I really hope that in the end Numair will pay for what he has done and poor Naila will not be the one who will have to pay for her father’s wrongdoings. Syed Jibran never fails to impress me with his acting and Feroze Khan is definitely a very promising newcomer.

There are always some scenes in every episode of Chup Raho which make me very uncomfortable mainly because there is unnecessary physical contact between characters. Azar could have changed his shirt behind the camera! We have all heard how hard Feroze Khan had to work in order to lose all the weight and shape up his body but I am sure most of the viewers do not want to see proof of it on screen:) We do not see our male actors taking off their shirts on screen in dramas and I am sure we would all like it if it stays that way.