I hate to say this but Chup Raho is going downhill with every passing episode. The pace of the drama has been very slow right from the second episode and the only character which truly stands out is that of Numair. I think Chup Raho would have been a very enticing telefilm but I have started wondering now if the writer has enough material to engage us for another 10 episodes or so. There has been a lot of repetition in the past few episodes and even though Rameen’s outburst in her sleep looked like something huge but it had very little impact on the people around her. Manal talked to Numair about it but he made sure that she never brought up this topic again very tactfully. Numair is definitely running the show, he even managed to ensure that Rameen’s mother stays at her brother in law’s house for longer. It would have been far better if Rameen did not have a mother at all because just like always I was unable to relate to her majburis! Numair’s control over everyone’s life has been taken a little too far, how does this man concentrate on his work? because it looks like there is only one thing on his mind! 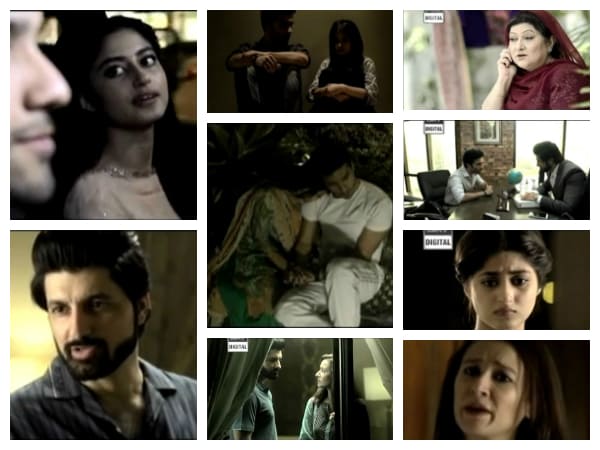 In one of the previous episodes Numair told his friend that he couldn’t care less if his wife found out about what he has been doing but tonight his reaction clearly showed that he would much rather not get himself in that kind of a position. Manal is smitten by her husband and will believe anything he tells her. Someone finally thought of taking Rameen to a doctor but I don’t see that happening anytime soon! Sajjal Ali’s performance wasn’t the least bit impressive in tonight’s episode. I was actually very disappointed with her acting especially when she was talking to her mother on the phone. The scene at night when she starts screaming was not at all convincing; Rameen has been shown as someone who is very intimidated by Numair and she cannot even speak when he is around therefore one would not expect someone like her to react in this manner even if it was when she was sleeping. Blurting out every little detail was a bit too much.

Numair continued alluring Azar into his trap and Azar thinks that there can’t possible be anything wrong with Numair bhai. The “love birds” scene was cringe worthy….what happened to giving each other some space? The story is not going anywhere till now, hardly anything new has happened in the past three episodes. If Rameen’s mother’s death will take the story forward then please do it soon because her character is hopeless and annoying any way! Samira Fazal’s plays are usually very happening but this one is putting me to sleep! Yasir Nawaz failed to deal with a very sensitive issue in a responsible manner; every episode has a scene or two that are highly uncalled for, too much cuddling and holding hands for my taste!