Corona Vaccine will be provided free

ISLAMABAD: Parliamentary Secretary for Health Noshin Hamid has said that corona vaccine will be provided free of cost to the people in the country. 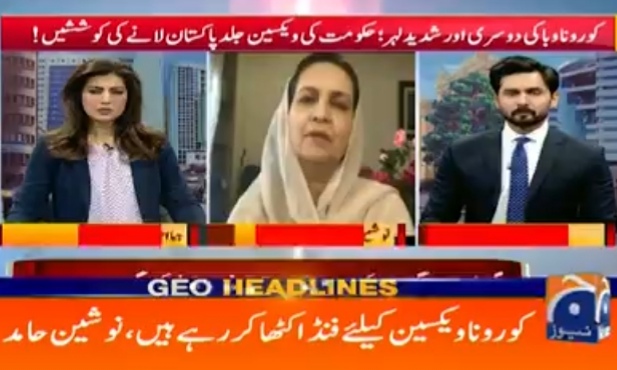 Speaking with the morning show of Geo News , Noshin Hamid said that the government is collecting funds for the Corona vaccine free provision, she said that government would start vaccinating in the second quarter of 2021 and the vaccine would be made available to the public for free.

She said that there was one laboratory at the beginning of Corona pandemic but now there are more than 150 laboratories, the number of beds and ventilators are also increased.

Noshin Hamid said that 2500 oxygen beds have been added across the country but more oxygen beds are needed than the ventilators.

Also the country is witnessing a sharp rise in deaths and cases during the second wave of Corona, with a record 75 deaths in the last 24 hours, the highest in a single day in last four-and-a-half months.