Dil Nawaz Episode 12 and 13 Review-Truth Is Out!

So the truth is finally out. With Fawad being in the hospital for few days and everyone around him considering him schizophrenic, he now knows that Dil Nawaz is not a human. Fawad got all his colleagues in trouble when he started claiming that he sees a girl and what they did? They tried to kill him with an overdose of sedatives! He was not violent and still, the hospital staff was giving him sleeping injections every hour. Seems like Fawad is not very friendly towards his co-workers. He even slapped Dil Nawaz and obviously apologized, the boy was super frustrated after all. But Fawad should not hit women even if they are not human.

Rasheeda is such an annoying character and the truth is she loves her sister’s daughter Mariya and Mariya’s bank balance more than she loves Fawad. To save her son, she went to Kiran’s house and even used tears to get her help her son but as soon as he was visibly fine she was again planning to get Fawad married to Mariya. Seems like she will finally be getting a taste of what she has been cooking for others in the next episode. Kiran’s plot right now is a useless stretch with her still being indecisive about what she wants to do and meeting that mysterious Baba Jee again and again. 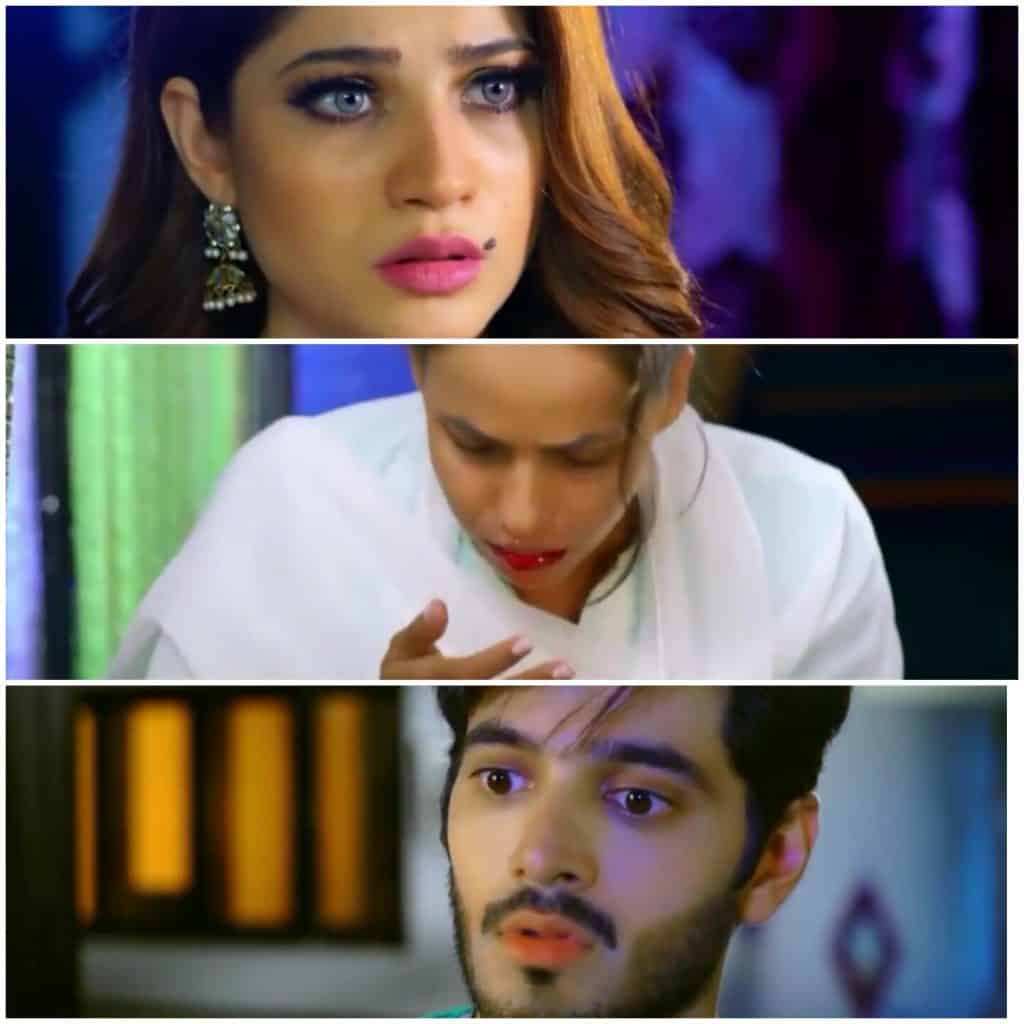 Alam Ara has some terminal illness but her greed is still above everything for her. She is still pursuing the dark way to get money. Jahan Ara is a normal person but Alam Ara will never let her have a normal life. She, on the other hand, is trying to convince Jhan Ara to do the same magic she does so they can increase their business.

The most annoying thing for these two episodes is Fawad’s attachment to Dil Nawaz. She made him fall for her by magic but he looks stable now and still he is dying to get Dil Nawaz and has no feelings left for Kiran who he wanted to marry and even left his parents for her. He willingly and easily accepted Dil Nawaz’s true identity which is hard to digest. How can a human who is attached to a scientific field easily accept that his wife is a JINN!! He, on the other hand, is trying to convince her to come in front of his parents. Maybe he has forgotten this is kind of impossible to actually live your life with a non-human entity. He is so in love with Dil Nawaz and as Rasheeda said gave no lift to Kiran.

Neelam Muneer and Wahaj Ali both have nailed their performances. Neelam has brought a reality to the supernatural part and it seems real. Wahaj was also convincing in the scenes when people were not believing Fawad that Dil Nawaz exists.

So far the way they have executed the story, the pace and screen time have made this a perfect drama to watch. The director has a done his job well. The only thing wrong about Dil Nawaz is Wahaj’s lip stain. It is extremely bad!