So this episode brought to us the aftermath of whole Sarim’s murder and maafi nama issue. For the fear of sounding like a broken record, I will not discuss today that this drama has a very depressive feel to it, because we all know it and because I researched a bit and things like this still do happen in our society. Despite all that’s great in our country, there have been actual cases where power wins over all forms of justice, humanity and common sense. So, we have to give this drama the credit for bringing forth such a dark and painful reality.

There has not been much advancement in the story since this episode was more about the emotions and bone wrecking sadness that Khaani and her mother are feeling that the murderer of the apple of their eye is roaming unscathed and that they have a role to play in it. The dynamics between mother and daughter were captured well in the confrontational scene and both Sana and Salma excelled in it. Sonya’s logic that she was not there to save Sarim but she was there for Khaani so she had to agree to everything in exchange of her safety made perfect sense. Sana Javed was looking beautiful in all scenes today. She has resigned to her helplessness and has started to trust a higher power to help her find a way against the cruel laws of society. 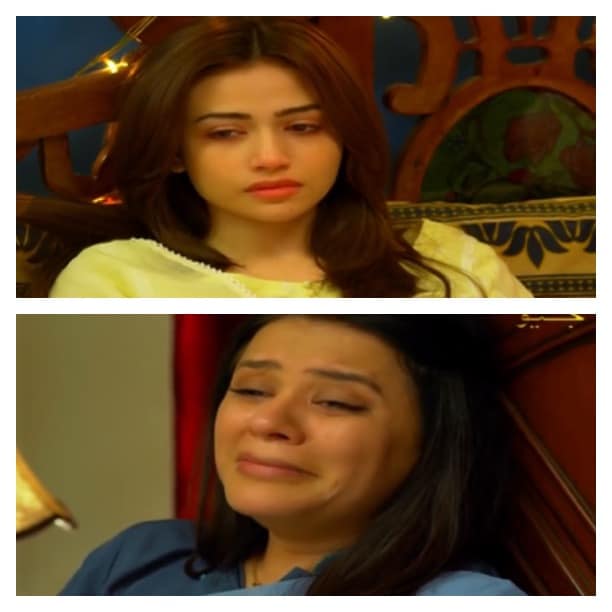 In Mir household, the elders felt insulted when  Khaani threw the check to their faces since it was a first for them, but it was Mir Hadi who was the most deeply affected by it. Even though Khaani thinks she has failed in getting justice for Sarim, if she had not created such fuss, Hadi would not have been forced to rethink what he had done. Now what he does with his remorse is another story, but knowing his character it seems unlikely that he will change for the better. It looks like he is soon going to develop an unhealthy obsession with Khaani as evident by the way he was taking her pictures from the car. The man seriously has had no upbringing. If his parents are supporting him after murder, it can be said with certainty hat they never taught them about not taking someone’s picture without permission. Still, it looked odd and made him look very villainous.

Stay tuned to see where does Hadi’s undue obsession with Khaani will take both of them and their families.