Ohkay so, it was such a heartwarming episode of Diyar-e-Dil tonight. I must say all the actors have portrayed their characters so well that they have formed the connection of another level with us. Indeed, Diyar-e-Dil has been a complete package but such a phenomenal acting that stirs the emotions makes it even better. I must confess, after ‘Shanakht’, ‘Diyar-e-Dil’ is going to stay with me for a long long time & for that I am grateful to the whole team of this drama starting from the Writer to the Director to all the Actors.

Finally, the truth won Faarah over & finally, after a long long time, she has realized that this is the place to be & this is where she exactly belongs. Her stroll around the Haveli, constants reminders of Behroz’s presence & things related to him made Faarah realize that she isn’t meant to be anywhere else. In the battle between her mind & heart, her heart has finally won because it automatically got drawn towards where she is supposed to be. Ever since Faarah has come to Haveli, she has always felt connected to this place, she has always found an inner peace that she never experienced before, and therefore even though it took her a long time, she has finally accepted Agha Jaan, his love, his sincerity & his pure intentions. Even though Faarah has yet to fall in love with her husband; Wali, I have loved every bit of her transition from a confused person to someone who now has figured out everything on her own & I am sure, there’s no turning back. She has always longed for a family, she has always loved being pampered & after Behroz, it was only Agha Jaan who did all that for her, so it is imperative that she will ever be going back to Ruhina again. Faarah loves being with Agha Jaan & that’s a stepping stone towards her decision of staying with him & everyone else for the rest of her life. 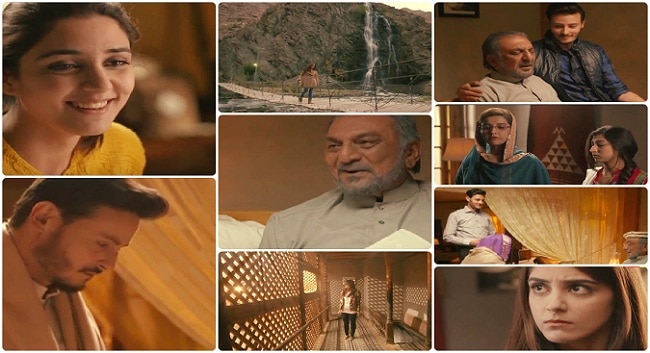 I loved seeing the sigh of relief coming from Wali. His plan of bringing Agha Jaan & Faarah together has succeeded & that was all that he wanted. I really felt happy seeing Wali pleased because he now knows that Faarah has stopped misunderstanding Agha Jaan & she now knows that Agha Jaan loves her a lot. Yes, all the things he said to Faarah brought her to this point because he wanted to shake & wake her up & for that I am glad that he blew the whistle because only then Faarah understood that she was holding onto her ego & Ruhina’s brain feeding for all the wrong reasons. I am so glad that Wali held his ground & never crossed the line of decency with Faarah even after being pushed to the limit. Wali showed that it takes a lot to be a man & he proved to be a gentleman throughout. He wanted to make things right for Agha Jaan & now when that has happened, he has stopped bothering Faarah at all because he knows that Faarah herself will take care of Agha Jaan & wouldn’t need his instructions anymore.

Zarmeenay still can’t accept the fact that Faarah is sharing Agha Jaan’s love but I loved how Arjumand made her realize that if Agha Jaan is happy; she shouldn’t be bothered at all. Zarmeenay might be saying all this purely out of jealousy or also out of her sheer concern for Agha Jaan because she herself has seen that every single time Faarah & Ruhina came in contact with Agha Jaan, they caused him stress & nothing else. I love how Arjumand always keeps a check on how her children behave because she doesn’t want to feel ashamed in front of Agha Jaan. I also really appreciate the fact that they have shown how everyone takes care of Agha Jaan & his feelings because they have never shared their difference of opinion in front of him, it shows they all are very courteous when it comes to Agha Jaan & don’t believe in burdening him with their concerns at all. This is what usually happens in most of the households where grandparents are treated with utmost attention, love & respect & I must say, to see such nice bonding & seeing a head of the family being treated so nicely on TV screen is a breath of fresh air. 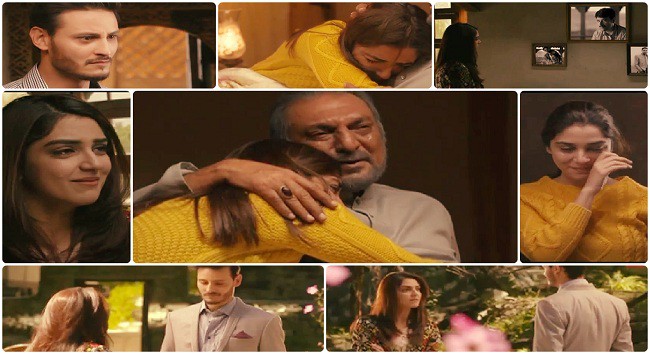 The highlights of this episode for me were the conversations that Wali & Faarah, & Agha Jaan & Faarah had. I absolutely loved seeing Agha Jaan clarifying his stance in front of Faarah & Faarah crying her heart out to him because she was already feeling suffocated & she needed to let go of the burden that was tearing her apart, & yes, I did cry, not a bucket but enough to grab a tissue paper because that scene was so touching.

Oh well, Meesna Moeez wasn’t so Meesna after all, innit? It was a shocker to know that it was Moeez who suggested Faarah should inherit her part of the property because in his own peanut sized brain, he has accepted her as his fiancée & he thinks he owns Faarah & everything that belongs to her. Even though I am glad that Faarah is away from all of them, I am also happy that Ruhina is stuck between them because she needs to learn her lesson for sure. Moeez is eager & is now losing his cool because he has his business partner pressurizing him to fend for the finances for their new business & I am sure this is what will force Moeez to show his true colors to Ruhina because he already is feeling burdened & doesn’t know how to figure a way out of this.

The preview of the next episode was engaging as well. I am sure Agha Jaan will try to ease Faarah’s pain because he has pretty much understood that Faarah is not into this relationship as he has noticed already how Faarah always tries to change the topic whenever he’s speaking about Wali. I must say, Maya Ali looked extremely pretty in this particular episode. Her pale face depicted the unease she was feeling & later a little color on her cheeks showed how she felt much better by letting go of her fears after speaking to Agha Jaan, I must say the makeup artists deserve a special mention for their awesome work & so do the stylists because I think it has been a while since we got to see a stylish heroine clad in long coats & Maya Ali really has carried herself well in Diyar-e-Dil. Osman Khalid Butt looked great too in his horseback riding ensemble, also he looks so mature & responsible whenever he wears a Shawl over Shalwar Kameez, it gives him a very refined & genteel look. The stars of this episode were Abid Ali, Maya Ali & Osman Khalid Butt for sure. They make their scenes such a treat to watch but yes OKB deserves a special mention for such a phenomenal acting in the confrontation scene because his expressions were so controlled & he elaborated Wali’s state of mind perfectly. I can’t wait for the next episode already. Please share your beautiful thoughts with us about this beautiful episode of Diyar-e-Dil. :)