Ehd-e-Wafa has taken off for sure. Tonight’s episode was absolutely beautiful. It was a complete package with some amazing social messages which were presented in the most subtle manner. This episode of Ehd-e-Wafa was also thoroughly entertaining. I must say that I had given up on this drama few weeks back but the recent episodes have blown me away completely. I don’t even remember the last time youngsters were represented in such a manner in a Pakistani drama. It is delightful and refreshing watching youngsters on screen with a definite purpose in life. There were so many brilliant conversations in this episode and quite a few heart-warming scenes. The progressive approach of the writer and the way women have been portrayed in this drama is truly impressive. This had to be the best episode of Ehd-e-Wafa so far and I must say that I am expecting more from this drama in the upcoming episodes. If you too had given up on Ehd-e-Wafa I highly recommend you give it one more chance, you will be pleasantly surprised.

Tonight’s episode opened with a scene we had all been waiting for – Saad and his father sharing some sweet moments. This scene was poignant; it was written and executed perfectly. Who would know the importance of friendship better than Faraz! This scene was just as nostalgic for those of us who have watched the previous two dramas Faraz has been a part of as it was for Saad’s father. I absolutely loved this particular addition since there was a history there most of us could relate to. Saad’s father probably had no idea what impact his conversation would have on his son. Ahad Raza Mir was absolutely phenomenal tonight. He is truly gifted! The way he changes his expressions instantly is truly impressive. He can make you feel for his character instantly. This scene also showed how the relationship between Saad and his father had changed for good over the years. After that incident in the college, Saad’s father was distant but tonight they interacted in a more friendly manner. Saad always treasured his relationship with his father therefore watching it get restored has definitely been the best development. 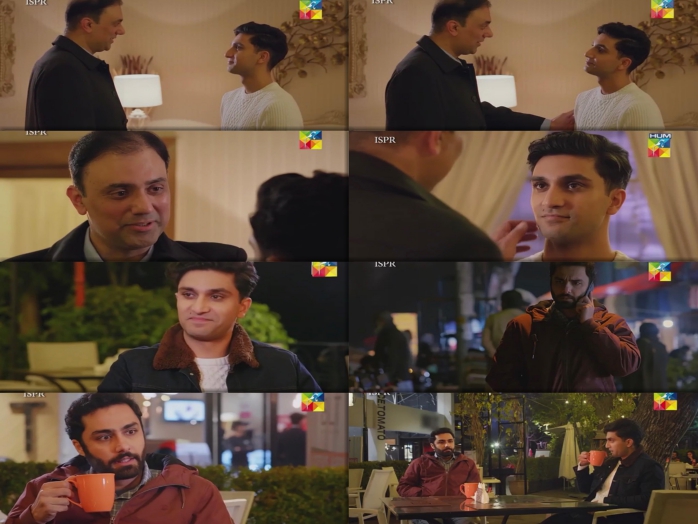 Another truly impactful scene in tonight’s episode was the conversation Saad and Dua had when they were walking back to the car. I never thought I would say this but Dua’s character is turning out to be remarkable. Through this scene, the writer so aptly conveyed the message that a woman’s career and education was just as important as that of a man. This is the kind of progressive thinking we need to see in our dramas. The best part about this scene was that Dua did not lecture Saad but she said everything quite casually like she was stating a fact and not saying something out of the ordinary. The way Saad took Dua’s ring size was adorable! Alizeh Shah looks great with minimal make-up and her performance tonight was definitely up to the mark.

Saad’s mother is another great role model. She is a wonderful mother and a working woman at the same time. We rarely ever get to see such representation of working women in our dramas. The advice she gave Saad was probably one which a lot of youngsters out there need to hear. These dialogues were so well written and Saife Hassan deserves all the credit for executing these powerful scenes perfectly. It is unfortunate that we don’t get to see such women/mother/friends in our dramas often. 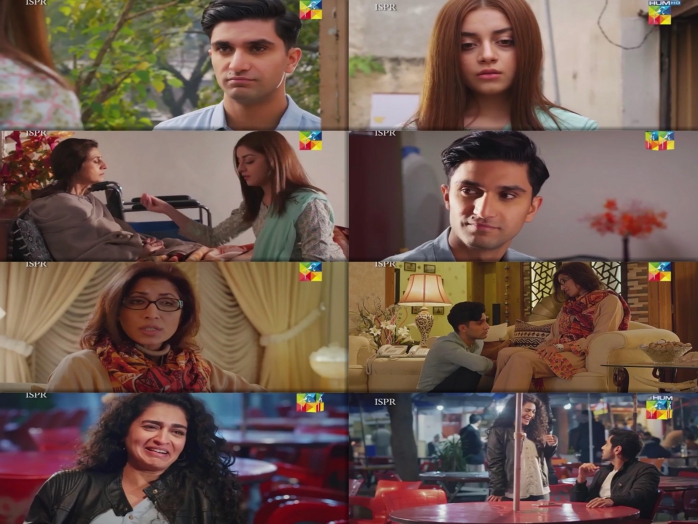 I can’t praise Ramsha and Shariq’s scenes enough. They are good friends and together they are a force to reckon with. Their friendship coupled with the energy of both the actors involved have made their scenes an absolute treat to watch. We basically have three on-screen couples in this drama who are helping each other grow in some way or the other. Raani has her own way of supporting her husband. Her style of course is really different from that of Dua and Ramsha but her scenes have for the most part been enjoyable. Tonight, after a long time I really enjoyed watching Shahzain and Raani’s scene. Finally a drama with no negative female characters! Raani is silly, she is not as educated as rest of the leading ladies but she is lots of fun to watch and definitely not negative.

Saad once again decided to get in touch with his friends. In this manner the viewers found out what Shehryar and Shariq had achieved in all these years. Shehryar is such an amazing character, he does not hold grudges and even when Saad called after so many years, he talked to him as if they had never been out of touch. Waiting for Shahzain to join the group or perhaps he will always be an outcast! It has been great watching Saad, Shehryar and Shariq growing. Shahzain, it seems still has a long way to go. 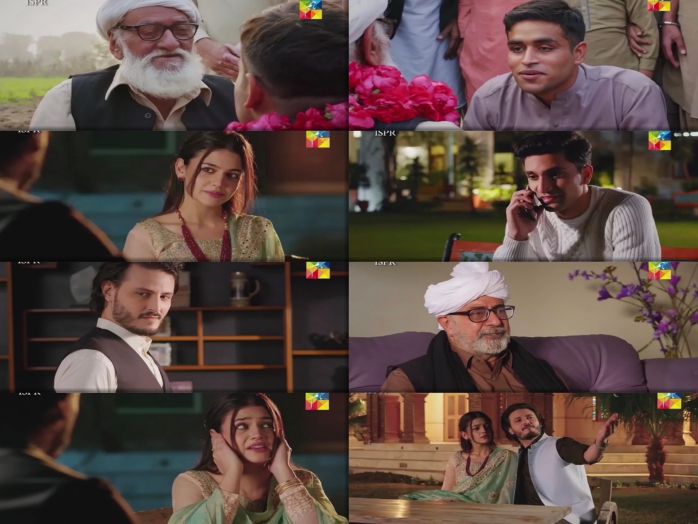 Saad’s Troubles Are Not Over

Although Saad is an officer now but his troubles are far from over. The scenes at the new army base were written and shot so well, thoroughly entertaining. Although Saad thought he was on top of things but his seniors once again outdid him! Loved the expressions on Ahad Raza Mir’s face in the last scene. The conversation with Gulzar also suggested that Gulzar too was being fooled yet again! The reception Gulzar got was simple yet really emotional. This was yet another subtle message for the viewers about the importance of education. 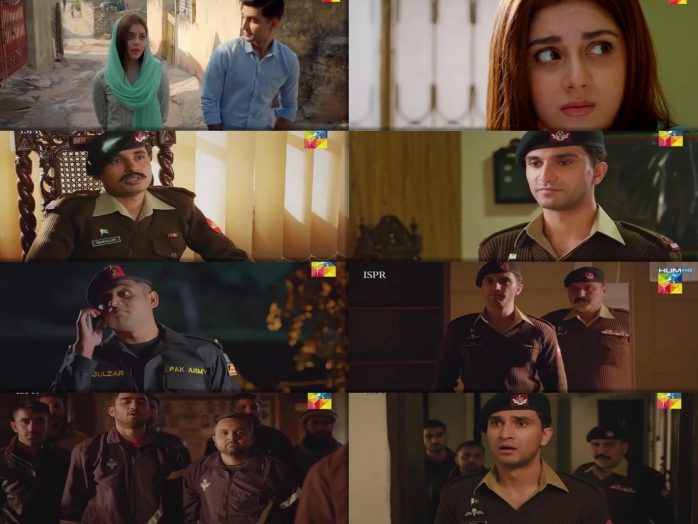 Tonight’s episode of Ehd-e-Wafa was exceptional in every way. There were so many important messages in this episode which were emotional and brilliantly put together. From youngsters focusing on their studies and career to showing that your background does not determine how far you can get in life, the writer hit the nail right on its head. I hope that Ehd-e-Wafa continues to be this impressive in the future too. The drama has also picked up pace which definitely adds to the entertainment value. The progressive element of the script supersedes every other aspect at this point. Eagerly looking forward to the next episode of Ehd-e-Wafa.