This week I decided to challenge myself- I took on a drama that wasn’t exactly a blockbuster and most of the comments have either been totally for or completely against it. My pick for the week is Khuda Aur Mohabbat. I found the title rather intriguing since it’s not very often that you hear these two words in the same breath.

Poor little rich boy
Hammad or Maddy as he is better known belongs to an elite background. He has recently returned from the US after his graduation but is hoping to return for further studies. His parents have inherited enormous wealth through their ancestors and they are living in the lap of luxury in Bhanwalpur. His father, Commissioner Amjad Raza has political ambitions and his mother is a high- society roller. His eldest brother, Sajjaad is married to Amreena who is the daughter of their business associate and she is keen on getting her sister Narmeen married to Maddy. His younger brother, Ibaad, seems more grounded than the rest of the family. Sajjad and Amreena have a son, Sunny who learns the Quran from Molvi Saheb. Maddy is brought up in an environment where he has never fulfilled any religious obligations. In fact, his mother and Bhabi find it insulting to have the Molvi in the company of other guests. Maddy’s best friend happens to belong to a middle-class background and his family strictly disproves of their camaraderie. Maddy’s father considers him a dervish but little does he realize the extent of his inclination. 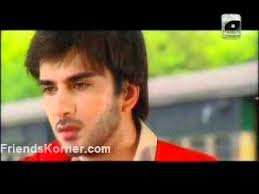 Ameer mazhab ko ek rasm ki tarhan nibhaate hein aur ghareeb rasm ko kisi mazhabi faraizz ki tarhan nimta te hein
Maddy seems genuinely uninterested in his family’s over-the-top display of wealth by throwing lavish parties. Upon Sunny’s insistence, Molvi Saheb allows his daughters, Emaan and Haya to attend Sunny’s party. The hijab-clad sisters catch the eye of Maddy as he is mesmerized by their purity and simplicity. Maddy feels a sense of fatal attraction without ever having seen the face of the girl who’s taken over his thoughts. A visit to Molvi Saheb’s house gives him a glimpse of Emaan and there’s no turning back. Maddy becomes increasing obsessed with Emaan and tries to find ways to meet her again. Emaan and Haya lost their mother at a young age but their father has raised them with utmost discipline, religious values and infinite love. They hold him in the highest regard and are seemingly content with their lives. Their Chacha’s son, Abdullah, lives with them and Molvi Saheb deems him as the perfect match for Emaan. 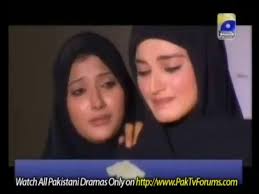 When Love and Hate Collide
Maddy’s parents have finalized his engagement with Narmeen but he puts his foot down. He announces his desire to marry the Molvi’s daughter and this doesn’t go down well with his family. His mother and Bhabi accuse Molvi Saheb of trying to capitalize on the situation and Maddy has a final showdown with his father resulting in him walking out on his family. He tries to convince Molvi Saheb to accept his plea to marry Emaan but is turned down since he is not a practising Muslim. Heart-broken and confused, he starts inflicting pain upon himself and takes up a menial job as a porter at a railway station. A chance encounter with a passenger makes him rethink his life as a blasphemous individual and he turns to prayer. He thinks this will soften up Molvi Saheb’s attitude towards him. Despite his every attempt, he fails to prove himself as a worthy match for Emaan. It is interesting to note that Molvi Saheb doesn’t reject Maddy on the basis of his religious shortcomings but rather due to the class difference that exists between them! Emaan starts feeling torn between her duty to obey her father’s commands and her feelings for Maddy. She falls ill and passes away and Maddy collapses to the ground and loses consciousness. 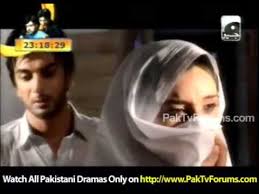 Final Verdict
Even though this serial was just 14 episodes long, it seemed to drag on. The story may have worked well if it were in the form of a telefilm. The soundtrack, though soothing, was over-powering and extremely loud. Maddy and Emaan’s love story ended before it began and what could’ve been a memorable love story, ended up being reduced to much less due to the choice of actors. Emaan looked pretty but she carried the same expressions from start to end. Maddy fared only slightly better. Molvi Sahab was impeccable and Commissioner Amjad Raza was commanding but the two of them weren’t enough to salvage this drama. The dialogues were beautiful and the story had plenty of potential if only they had opted for different actors. Despite many flaws, I can’t help but appreciate the fact that this story was from a man’s perspective and I liked the narrative by Hammad. Although his family were status-conscious, I’m glad they didn’t overplay their attitude. Also, I quite liked Molvi Sahab’s character- he wasn’t selfish, but he was helpless. He believed in love but only after marriage- he expressed his love for his wife in the sweetest manner. Har koi ye chachta hai ke uskay mutabiq zindagi jiyen– I feel this was truly the crux of the drama.

For those of you that have watched the drama, what did you think? I hear there are talks of a Season 2- I would certainly expect a more powerful cast and a more crisp script. Let’s see…