”I have a dream that one day Pakistani drama serials will show a strong-headed wife staying true to her vow of never returning to her loser husband.”
Hayee, until that day comes, I guess we are stuck with wives who are so thickheaded that when their husbands  deceive them, they blame neither the husband in question nor the other woman but they go on with their lives, thinking as if it’s their lack of attention due to which their husbands simply ‘lost’ their interest, after all un kay shauhar tou doodh peetay bachay hain, like, they don’t have a sense of right and wrong! Coming back to the story, well, Biwi No.1 couldn’t leave her piya dearest on the rehm-o-karam of Biwi N.2 and she just HAD to remind her sautan of the fact that, ‘Sirf mein apnay loser piya ki shirt press karti thi, karti hun aur karti rahoon gi’ because according to Biwi No.1, it doesn’t matter if he shattered her trust or married another woman and is having a baby too, what matters is the fact that her name is attached to that of this pathetic guy and as long as that’s the case, she will stay by him through thick and thin. As far as I can recall, Aisha had made it clear that she only went back to Hassan for the sake of her daughter but if that’s the case, why is she so concerned as to who takes care of Hassan’s things? From whatever we’ve seen up till now, all I can deduce is that our dusri biwi plays follow a certain pattern so here are a few, fixed phases:

A- Mills & Boon Phase: At this stage, the marital life is shown to be just perfecttttttttt. Overloaded with super-cheesy dialogues, exchange of promises andd in this play, Hassan used to sing Aisha to sleep so you can guess how difficult it gets for viewers to figure out why did the piya resort to dusri shadi.

B- Love can strike anywhere anytime Phase: Well, here the husband just wakes up one day and  magically falls in love with a girl who happens to be unmarried and yet, she chooses to live the rest of her life with an already married guy- epitome of true love, huh?

C- Disclosure and Immediate After-Effects Phase: That’s when the news of piya’s dusri shadi is out in the open and the Biwi No.1’s whole world collapses AND her dhokaybaaz piya is the last person she wants to see.

D- Patch-up Phase: Normally this phase comes after a lot of apologies & justifications from the piya’s end but surprise, surprise, in this case, it didn’t take piya’s sweet talking but actually Bhabi’s golden advice  to make Biwi No.1 realize that life without sartaaj is a life not worth living! So cool!

E- Biwi No.1 Vs. Biwi No.2 ‘Clash of the Titans’ Phase: Needless to say, this stage involves incessant attempts of both the begmaat to win the only thing they have in common*drumrolls* their sartaaj! The ironic part is that the piya’s not even worth  fighting for and while these two ladies are struggling to win their piya jee, the fasaad ki jurr enjoys the situation with a triumphant smile because the world hasn’t been a better place for him! Even though we haven’t exactly reached this stage in this play yet, I can smell it from here! 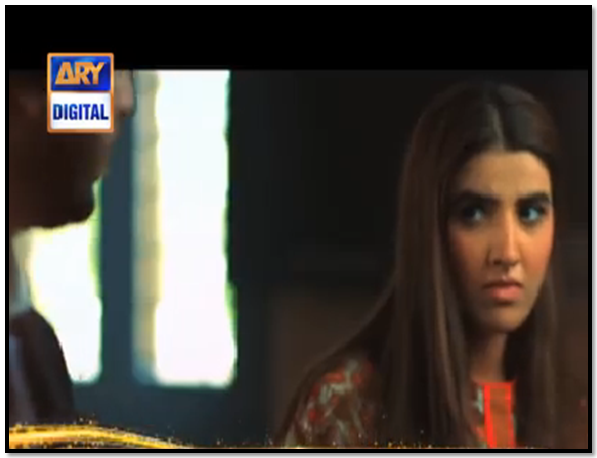 I wish I could talk to the writer and ask her what in the world was she thinking while penning Bhabi Jee’s dialogues because they were perhaps the worsttttt dialogues I’ve come across in a long, long, time! Let me just say that I don’t doubt her intentions one bit- words can’t explain how concerned Bhai and Bhabi Jee are about Aisha- too bad they’re not blessed with a cerebrum and this time around, Bhai Jee’s logic was at least making some sense but about Bhabi Jee, I’ve given up! According to her, Hassan tou bohat narmdil aur masoom tha aur hai. I mean, since when? Woh tou uss larki nay ussay apnay jaal mein phasa liya. And I couldn’t believe my ears when she advised Aisha to take this whole situation as a ‘challenge’ to win Hassan and prove to him that Farah is not worth his time or attention. Aisha, tum khud ko jor kar uss ko (Farah ko) tor do! Girl, you’re so wise that Socrates is weeping in his grave!

To tell you the truth, I am finding Farah and Saman’s bonding veryyyyy unnatural and forced! As far as I know Farah’s 24/7 frown isn’t exactly the sort that’d attract kids and how can Saman grow so close to a woman over a few days? I mean, Saman was actually ‘missing’ her dream ‘aunty’ (Farah)!

And it SEEMS like Amir is gone for good and I lay emphasis on this ‘seem’ because Amir is writer’s darling- she adds him whenever she craves some tension and discards him whenever she feels like. I know the name of this Amir guy- Ahmed Ali! UFF! Now that I am watching IshqParast (will review it too), there’s only one sing that clicks my mind everytime I see him on the screen: Chahay mujhay koi Jungleeee kahayyyy! Seriously, this guy loves to play the junooni of the year and I don’t know if it’s just me but Farah and Amir’s scene today reminded me of Rameen and Numair/Aazar’s scenes and this is something I found way too cringe-worthy! Hey guys, Taj Begum ko halka na lo! I really feel like holding that glass jar in my hand to see how much it weighs because I couldn’t believe my eyes when Amir just fell flat on the floor- just like that! All I can say is, next time someone tries to strike you with some glass thing, Amir ka anjaam yaad rakhna! Shukar hai the guy didn’t die on spot! For those who didn’t watch the episode, Amir tried to physically harass Farah (remember, Karachi is so safe that we keep our doors unlocked so anyone can barge his/her way in) but Taj Biwi struck him with a glass jar thingy AND Amir lost his consciousness! He was taken to the police and now he has left the city- so that’s supposed to be the end of his character, no? 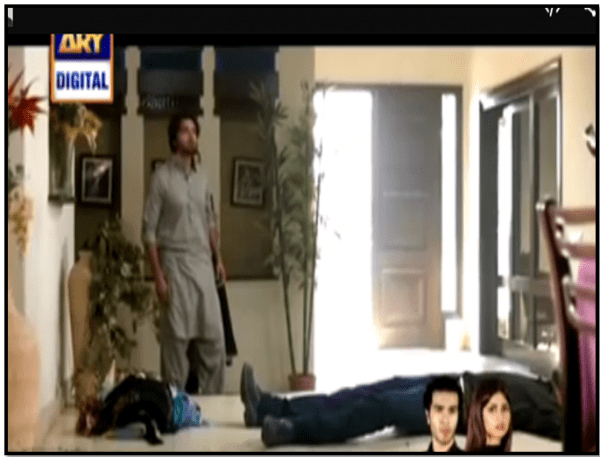 So this is what Episode 13 was all about. I am extremely disappointed and let’s see how the story’s going to shape up now. Share your thoughts, people!