The first episode of Ehd-e-Wafa was thoroughly entertaining and the best part of this episode was that all the characters were introduced with utmost precision. It isn’t very often that you feel an instant connection with so many characters. This first episode also had the most amusing opening scene which set the mood right from the get-go. SSG of course was the highlight of this episode and it made me realize just how desperately we needed to watch a play which focused on something other than married life! 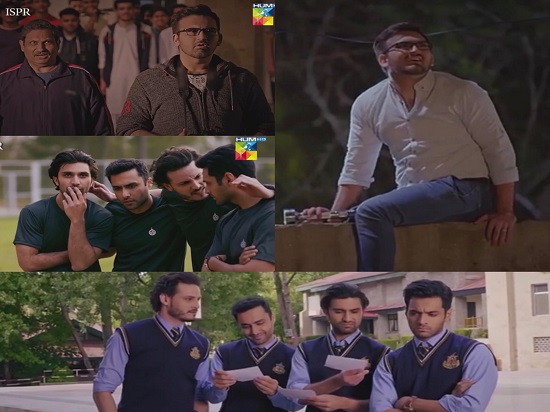 The dialogues, situations and the overall feel of this first episode was quiet lively. This first installment was also fast-paced since it covered a great deal. The director and the entire team working behind the cameras did exceptionally well in giving this delightful script the right treatment. The performances by the ‘boys’ were energetic and all the characters had a definite presence.

This episode opened with Sheharyar (Ahmed Ali Akbar), Saad (Ahad Raza Mir), Shahzain (Osman Khalid Butt) and Shariq (Wahaj Ali) trying to make their way out of the hostel. The way they were caught and the manner in which they dealt with this entire situation was really interesting. Their dialogues were witty and the way these young boys stood by each other showed their strong bond. All those college students out there who must be watching this show must have been able to relate to this friendship at some level and all those viewers who might have forgotten what it is like to be young, naive and adventurous must have felt nostalgic. 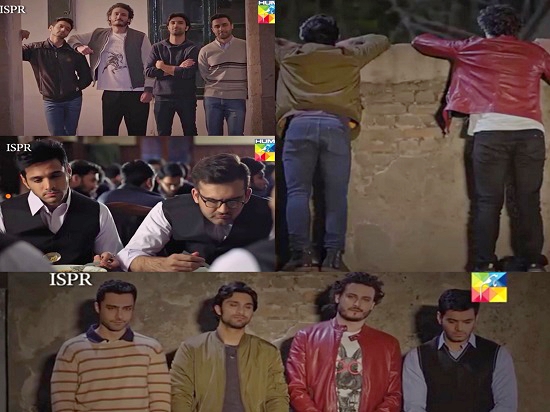 The college and hostel life was covered perfectly in all these scenes. The horror of being caught red-handed doing something which was against the rules and then the terror of being held accountable by the principal was captured immaculately in all these scenes. One thing is for sure SSG boys are not afraid of anyone or anything, they are experts at what they do and as long as they are together, nothing else matters. The story they made up in front of the principal and their revenge plan revealed just that! Ahad Raza Mir acted brilliantly in this particular scene. I especially liked the performances by Wahaj Ali and Ahmed Ali Akbar, they are so well-suited for the roles they are playing. The body languages of all these boys was superb, they translated the carelessness and the confidence of their age perfectly on screen. Ahad Raza Mir’s antics on the lunch table were an absolute delight to watch. 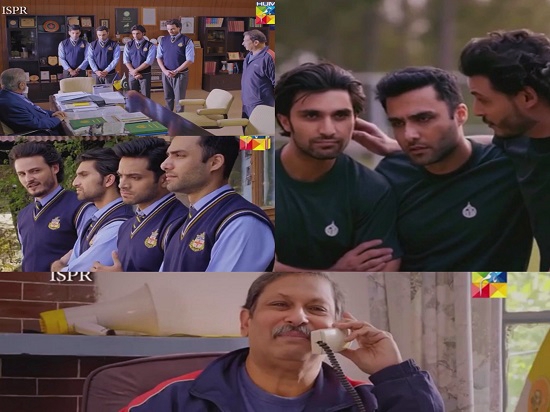 Shahzain is the leader of the group, he is the one who comes up with all the plans and everyone else follows his lead. The chemistry between these boys, the way their scenes were written and executed made their friendship come alive on screen in the most delightful manner possible. Their friendship encapsulated the beauty of young age and college days.

Raani (Zara Noor Abbas) was the most interesting character other than the boys. Her dialogues and Zara Noor Abbas’ acting made her scenes extremely enjoyable. The hostel warden’s personality was equally interesting and Sajeer Uddin Khalifa played this role so well. Watching Faraz Inam on screen after such a long time was one of the best surprises. He is playing the role of an army man who has great expectations from his son. This episode only covered Saad’s family and I believe the actress playing Saad’s sister’s role is the girl who was one of the top contenders in Miss Veet competition 2017. 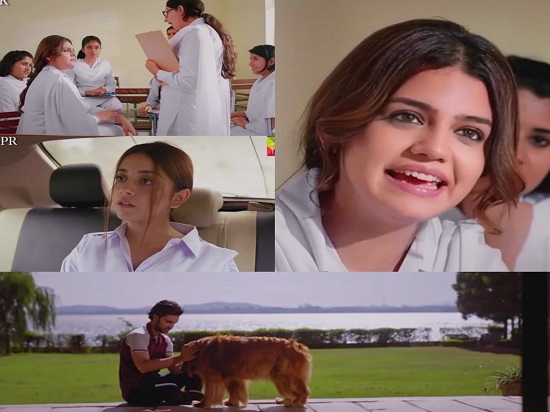 Dua (Alizeh Shah) was introduced as a confident girl with a vibrant personality. I must say that Alizeh Shah definitely looks more appealing on the big screen but I am looking forward to seeing more of her nevertheless, she might surprise us this time around. I absolutely loved the scene covering Saad’s love for his ‘dog’, what an interesting conversation and an innovative introduction to another important character in this story.

Ehd-e-Wafa’s first episode was extremely promising, it truly delivered in every way possible. The locations, script and the execution was faultless. This episode was also visually delightful. Ehd-e-Wafa it seems is going to be an enjoyable ride and one which will give the viewers a much needed break from all the other dramas which most often focus on relationships from a completely different perspective. 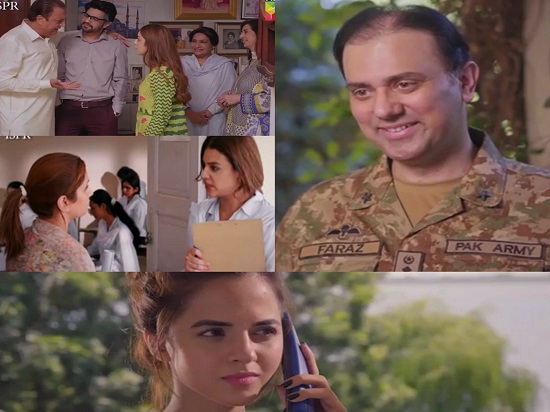 Refreshing, energetic and delightful, Ehd-e-Wafa’s first episode was just what the doctor ordered. It was the kind of first episode which makes you want to pick up the phone and call or message your best friends from college. I am completely sold, blown away by how perfect this first episode was and eagerly looking forward to more.

Do share your thoughts about the first episode of Ehd-e-Wafa.