Tonight’s episode of Ehd-e-Wafa was powerful as well as entertaining. Once again, the journeys of the Ehd-e-Wafa boys were covered in such a manner that there was something interesting or emotional about all of these tracks. The story is getting more entertaining and exciting with every passing episode. The evolution of the boys and their struggles were covered convincingly in this recent episode of Ehd-e-Wafa. Shehryar, Shariq and Saad continue to be my favorite characters. Their scenes tonight had a little bit of everything – some comedy, emotions and most importantly these tracks piqued my curiosity. Waiting to see Shehryar and Shariq excel in their respective fields. The leadership qualities in Saad were evident from his scenes tonight and it was clearly shown that the training of the PMA had polished him. Except for Shahzain, all the other boys are struggling to get somewhere in life. they are more committed today than they ever were before. I absolutely loved the way Shehryar and Shariq’s family lives were covered tonight. These scenes were beautifully written and acted-out. The director Saife Hassan has done exceptionally well while covering the scenes at the PMA, these scenes truly make you feel like you are watching the actual training and drill sessions on screen.

Shahzain and Raani got engaged tonight. This was yet another episode which opened with their scenes. While Raani’s father has ulterior motives, Shahzain’s grandfather also feels that being friends and relatives is better than being competitors. Shahzain’s mother it seems is not happy with this arrangement. Zara Noor Abbas’ confident and solid performance which went so well with the character that she is playing had to be the best thing about these scenes. She looked great and her scenes were quite amusing. Her dialogues were written well and Zara Noor Abbas did complete justice to them as well. She should definitely do more comedy because she is so good at it. Raani’s energy and her vibrant personality make these scenes a treat to watch. Shahzain was stiff as usual and I must say that Osman Khalid Butt isn’t really into this character just yet! 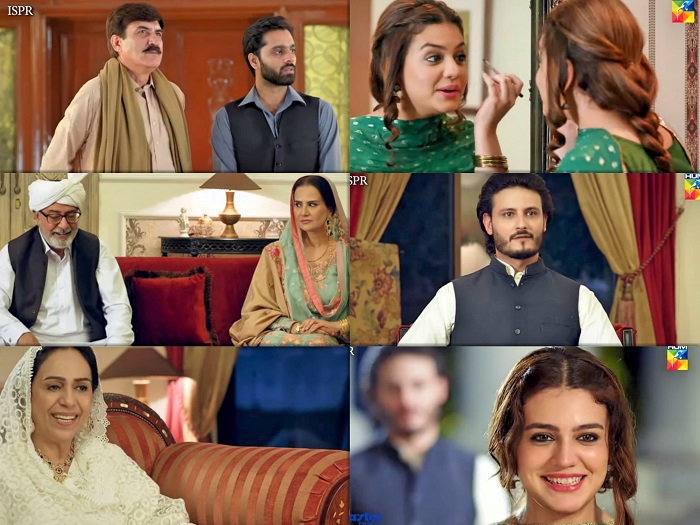 Shariq had a confrontation with the person incharge of the post mortem and as it turned out, he was the man his sister had already entered into a nikkah with. When his sister told Shariq that this man was already her husband, it came as a complete shock. Shariq is on a mission and his values have clearly been laid down in these past few episodes. This is going to upset him a lot and I am waiting to see what is going to happen next. Also, someone like his sister surely deserves better. Shariq’s energy and enthusiasm has been translated on screen impeccable by Wahaj Ali. His character too is wonderfully etched-out. The scenes with his family tonight were one of the best scenes in this episode. I also like the actress playing his mother’s role, really sweet. The love these three family members share has always been shown so realistically. I still remember the first scene covering Shariq’s sister’s reaction, it was extremely powerful and even now, their interactions are always emotional and impactful. 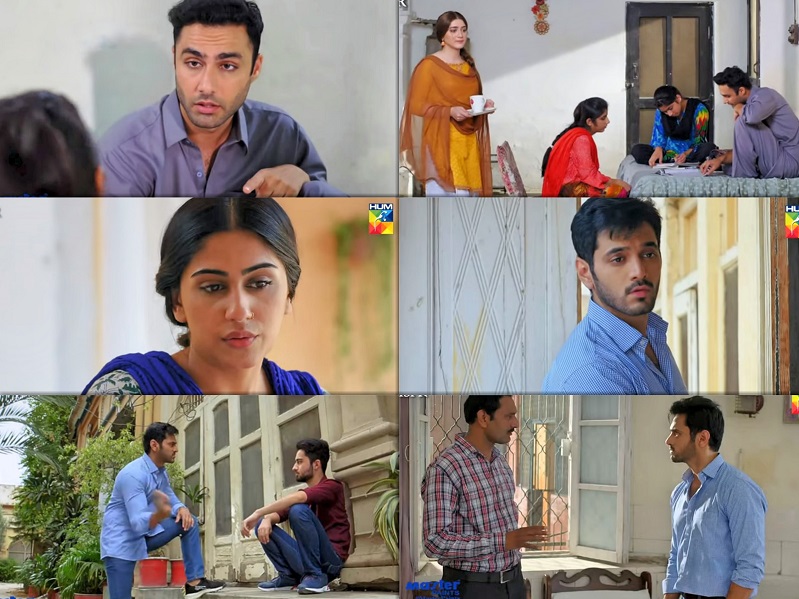 Saad’s military training was the highlight of this episode since it showed how all this drilling and mentoring had changed him. Saad was always the intelligent one in the group but he never showed leadership qualities before. He was shown as the introvert and shy young man who did not open up unless he was around people he was really close to. Looks like he has found the right place where his innate skills are being polished and tonight he lead his group towards success. This development too was covered in such an amusing way. The way the boys backed out and decided to sleep but couldn’t – it was really realistic and therefore easy to relate to. Saad is truly dedicated at this point. Ahad Raza Mir has done exceptionally well in making sure that every aspect of Saad’s personality comes alive on screen. 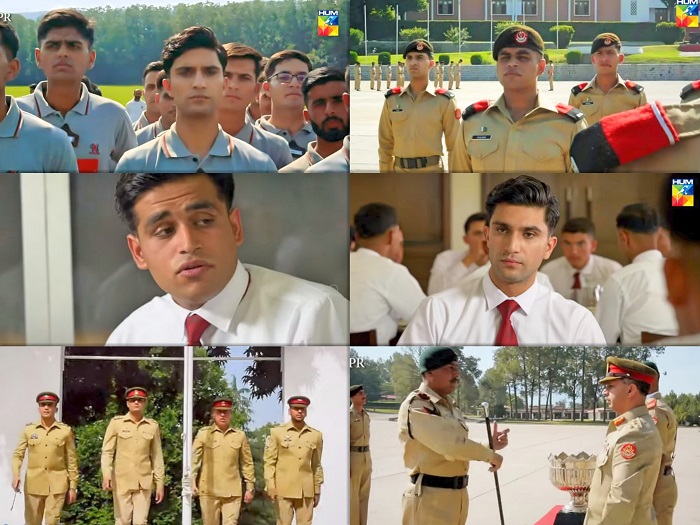 Shehryar’s scenes were also directed and acted-out so well. I absolutely love Ahmed Ali Akbar’s performance, his expressions are always so natural and genuine. His overall look too is completely in line with the character he is playing. Shehryar and Masooma’s interaction was sweet as well. I find myself rooting for Shehryar every single time. His character is extremely likable and simple yet so appealing.

Overall, this was one of the best episodes of Ehd-e-Wafa, with the performances, script and direction on point. I am definitely looking forward to the reunion more than anything else. I hope that the drama continues to be interesting in the upcoming weeks as well.