Tonight’s episode of Ehd-e-Wafa was fast-paced and thoroughly entertaining. The writer Mustafa Afridi has been making sure that every episode has enough emotional and meaningful scenes to keep the viewers connected to the characters. For the past few weeks every episode of Ehd-e-Wafa has been impactful and it continues to deliver. This recent episode covered a great deal. In fact all these developments could have been covered in more than one episode but it is good to watch a play which actually is taking off towards the end as opposed to slowing down because that is what generally happens. Usually by 22 weeks, the viewers are waiting for a drama to wrap up but Ehd-e-Wafa still has a great deal to offer. Tonight’s episode was directed brilliantly too. The wedding was covered quickly but convincingly and it was good to see that the focus was on the journeys of the main characters. I am still waiting for Shehryar to get in touch with Masooma, hopefully soon. The best part of this episode was Dua’s surprise and SSG’s reunion.

It was great watching all the boys together again. Their scenes together reminded me of the scenes we watched in the first few weeks. Even though they have come a long way in terms of their careers but when these 4 are together, they are still fun and adventurous. These scenes were so well written and beautifully executed. All those viewers who have crazy friends like these 4, must have been able to relate to these scenes. These grown up men who are actually quite serious and practical otherwise, turned into teenagers when they were with each other – that is the beauty of friendship. For a change Shahzain too was quite likeable in this episode and Osman Khalid Butt’s energy went well with the turn his character has taken. Saad too didn’t take the jokes seriously for a change and after a long time, these friends were back together like they were in college days. 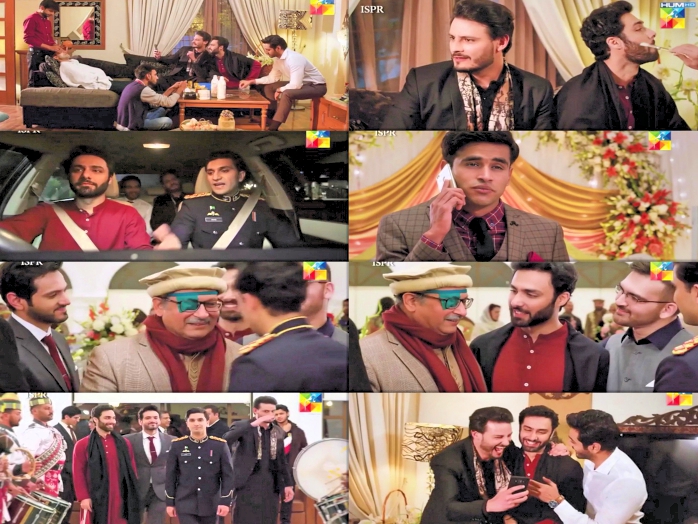 The scene covering Firdous sahab’s meeting with the SSG boys after all these years was heart-warming. The respect these boys have given to their teacher and whatever they did to help him has been another inspiring element of the drama. Although, their relationship with Firdous sahab wasn’t ideal but it was that punishment they got in college which turned their lives around in a way. All of them needed such a shock so that they could get back on track. In a way Firdous sahab shaped up their lives with his discipline and strictness.

The Power of Media

Through Shariq’s scenes, the writer showed the power of media. All those people who were criticizing Ehd-e-Wafa for showing the corrupt element of all the institutions and organizations, must watch this episode since it clearly showed that there were people in the media like Shariq and his boss who were doing their job right. It was Shariq’s video that ultimately made all the difference and that is how Firdous sahab got his land back. Later on, Shehryar was ‘punished’ for his role in all this but that did not seem to make much of a difference to him. 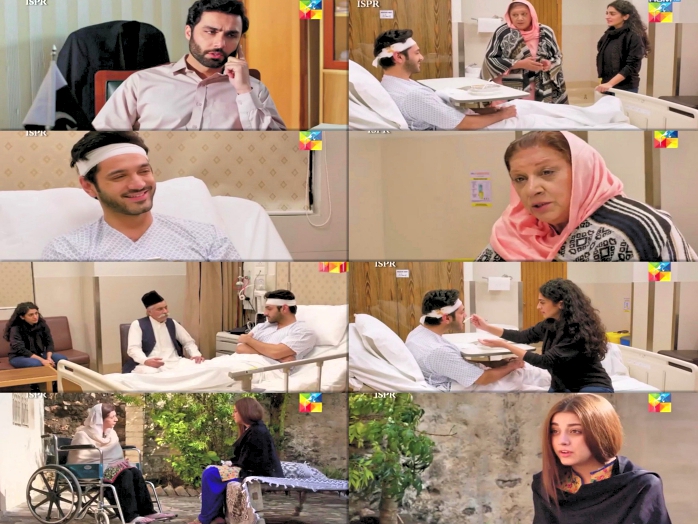 Saad and Dua’s wedding was the most sweet and fun part of tonight’s episode. Right from the moment the SSG got together to the scene when Dua enters the marriage hall, the entire wedding was covered brilliantly. Dua gave Saad a big surprise on their wedding day and I absolutely loved Alizeh Shah and Ahad Raza Mir’s expressions in these scenes.

All of Saad and Dua’s scenes tonight were short but really cute. I loved the dialogues and the performances as well. The romance between Saad and Dua has always been sweet and not too cheesy. The credit khane ki machine dialogue was the best! Ahad Raza Mir is a brilliant actor who translates every single emotion superbly on screen. 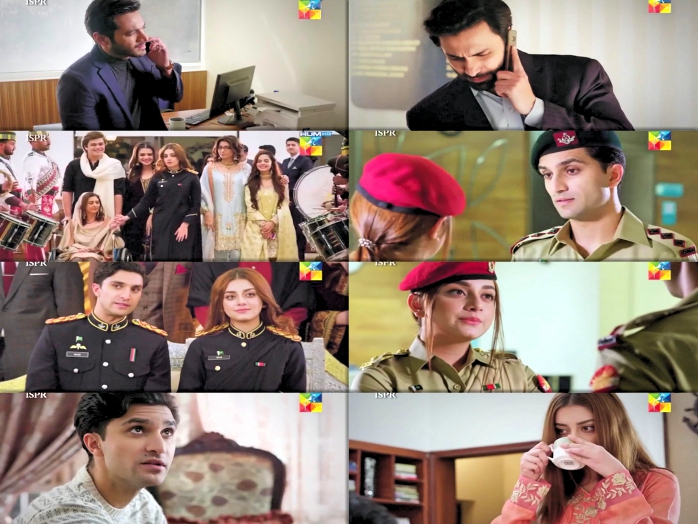 Shehryar was transferred to Shahzain’s constituency and the welcome scene was one of my favorites tonight. Shehryar’s conversation with Laal Hussain resonated because his father too was in the same profession. Shehryar values people and their occupations in general but this profession is specifically close to his heart because of obvious reasons.

Shahzain’s political and family feuds got a lot of screen time tonight. The writer through these scenes, laid the foundations for what is coming ahead. Will Shahzain die? The story will once again take a more serious turn in the next episode when Shahzain gets injured and Saad goes away for his next mission. All of these boys are fighting some really serious battles and anyone of them can have a tragic ending. It would however be good if all of them stay alive till the end and then perhaps we can watch a sequel in the next few years!

This was another episode of Ehd-e-Wafa with remarkable performances to its credit. There were so many small gestures shown in this episode which suggested how these characters were supporting each other. Whether it was Ramsha and Shariq, Dua and Saad, Dua and Saad’s parents or Shehryar and Firdous sahab – all these characters in some way or the other are proving to be a viable support system for each other. It was also good to see Gulzar there on the stage with Saad on his wedding. Overall, tonight’s episode was engaging and heart-warming.