Tonight’s episode of Ehd-e-Wafa was much better than last week’s episode but Shahzain got excessive screen time while Shariq was missing even in this episode. Ahmed Ali Akbar and Wahaj Ali performed exceptionally well in all the episodes therefore there is no reason why they shouldn’t be given equal screen time. Also, Shariq and Shehryar’s situations were definitely more touching than that of Shahzain and even Saad. Saad’s scenes were not stretched since each one of these scenes showed tangible progress in the track whereas Shahzain’s scenes were a little too detailed. Saad and Dua’s meeting in this episode was actually quite cute. Raani’s scenes were entertaining and it was good to see Shahzain’s dada giving him a sensible advice in the end. Tonight’s episode was directed beautifully and the visuals were appealing as usual. The friendship between the boys it seems is over for good and their bromance is a thing of the past.

After showing the angry and irrational side of Shahzain, the writer focused more on presenting the caring, sensitive and sensible aspect of his personality especially in the first few scenes of this episode. Shahzain is being groomed by his dada to take his place one day and he has taken up the role with the same confidence with which he lead SSG. He also has a big ego and he is used to having his way. Some of the conversations between the chaudhries however could easily have been chopped down. Raani continued to fool her parents and she focused on everything else except her studies. Zara Noor Abbas has simply nailed this character and some of Raani’s dialogues were hilarious. The energy with which she translates this character on screen makes it even more interesting. I am definitely looking forward to seeing more of her. 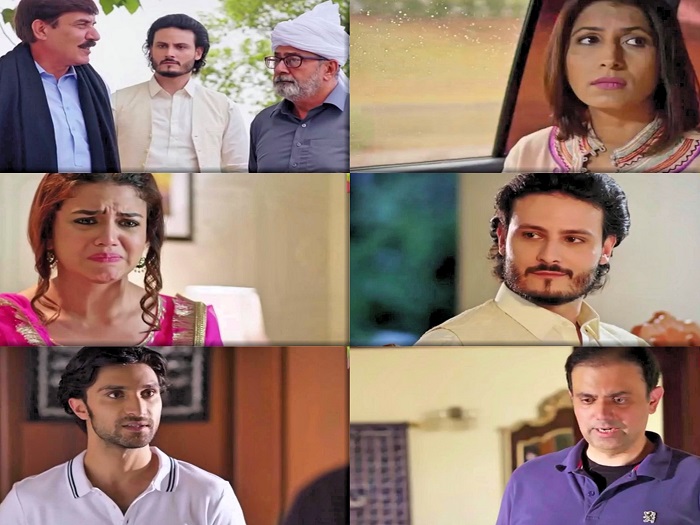 It wasn’t difficult for Saad to explain to his father why he decided not to get his forms submitted. His father’s nod of approval and his strict attitude with Saad was also explained in this episode through the conversation he had with Saad’s mother. It was good to see Saad remembering the times he had spent with his friends but the flashback scenes were not needed since these events took place only recently. The way Saad told Shahzain and Shehryar off yet again showed that he was not going to let this thing go easily. Also, Saad is really different from these two boys since he is constantly shown feeling bad for what he did. Ahad Raza Mir’s acting has been brilliant throughout. He has translated the shyness and docile side of Saad’s character so well on screen. Ahad Raza Mir has also excelled in giving the right expressions when he is angry or disgusted. There are different sides to his personality which makes this character well-balanced and interesting.

After being told off by Saad, Shahzain got another reality check from Shehryar’s father. This was one of my favorite scenes since the way Shehryar’s father made sure that Shahzain was out of the picture for good was quite relatable and in line with the father’s personality. The writer through all these scenes showed the reasons why all these boys could no longer be friends. The careless days of college are gone for sure and it is time for these boys to grow up. The elders have played a major role in ensuring that no one stands in the way of their children. Shahzain is considered a bad influence by all the parents therefore he was the one who faced the worst rejection. 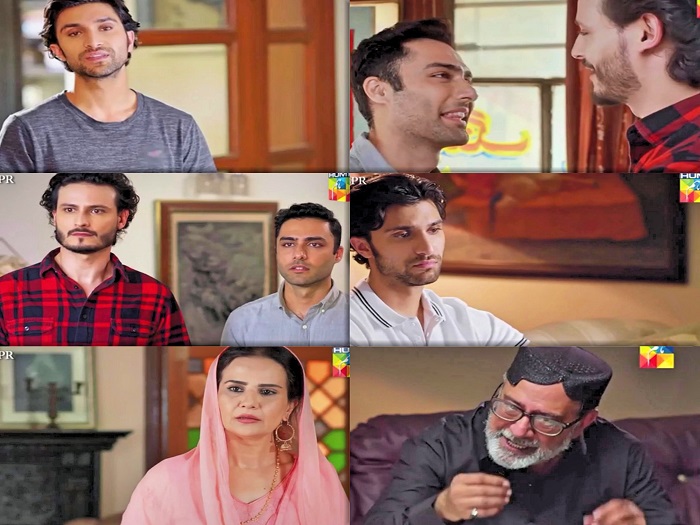 Dua and Saad finally had a ‘normal’ conversation tonight. This entire scene was wonderfully shot and acted out. Dua also apologized for something (for a change), I do feel that every time we see a different side of Dua’s personality. Alizeh Shah acted well in this episode and both these actors looked good together.

My favorite dialogues tonight were the ones from the last scene. For a change Shahzain’s dada said something which made a lot of sense. Hopefully, Shahzain will understand what he means and he will change his mind – not that Dua’s family will get her married to someone like him! 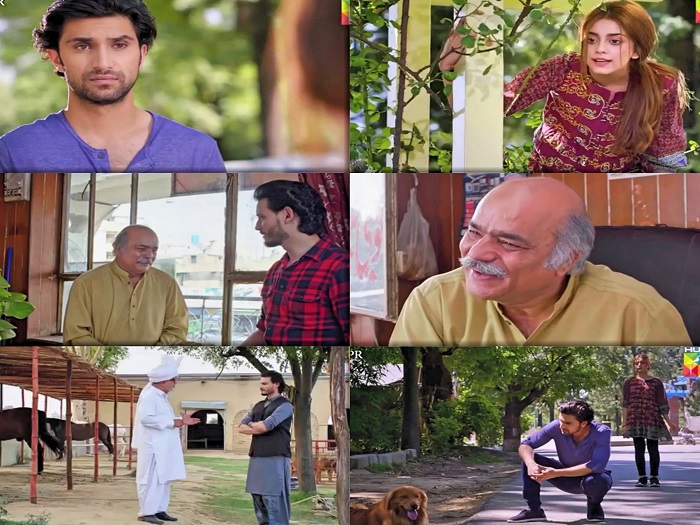 Saad’s mother’s nominal role has been a major disappointment especially because Saad is one of the characters getting the most screen time in all the episodes. Except for the scene in which Shahzain cries when he is driving back to his village, Shahzain’s scenes did not hold my interest at all. Osman Khalid Butt’s performance once again was shaky throughout, he did well in some scenes but mostly his acting was quite wooden. Still wondering if we will ever get to see Shariq again! Tonight’s episode had high and low points – scenes that had an impact and also those which could easily be forwarded. Raani provided the much-needed comic relief.

The preview of the upcoming episode showed that Saad will join the army in the next episode – definitely looking forward to that.

Do share your thoughts about this latest episode of Ehd-e-Wafa.