This was yet another engaging episode of Ghairat which did not only take the story forward but also showed a certain degree of character development. Saba’s character is turning out to be the best part of this drama. The director deserves due credit for keeping the scenes short and to the point. Also, the timing of the flashback scene in tonight’s episode was impressive; it conveyed exactly what was going through Saba’s mind. Very often viewers are left wondering what is going through the mind of the lead characters which sometimes makes it very difficult for the viewers to connect to thes characters. Everything does not need to be communicated through dialogues but such flashback scenes play an important role in translating the feelings of any character.

Saba’s mother’s behavior and her stance is a breath of fresh air because we have watched so many dramas in the recent past in which mothers forced their daughters to put up with injustice. Although, she told Saba that she was not scared any more but later on she found it difficult to speak her mind when she was talking to Usman. I loved this particular scene because it was realistic; no one can change overnight especially someone who was never taught to take a stand for herself. Her attitude however shows that she does not want Saba to end up like Iqra. Samina Ahmed is a phenomenal actress who always gives every character she plays her best. Iqra Aziz has been beyond impressive as Saba; she makes it very easy for the viewers to connect to her character. 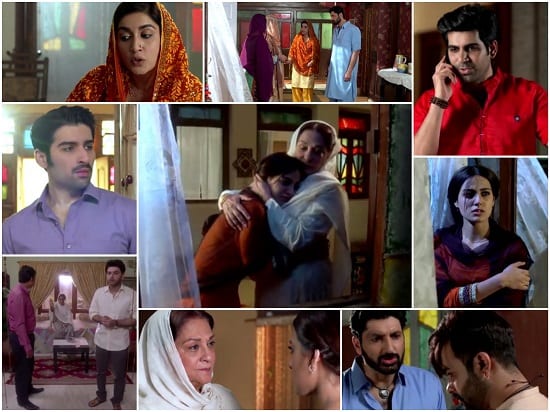 Zohaib once again tried to talk to Usman, a development which did more harm than good. This was yet another one of those developments in the story which show just how well-planned the entire plot is. If Usman just sat back and waited for Saba to get in touch with him, it would have been unrealistic. I also appreciate the fact that all the characters get as much screen time in every episode as they did in the first two episodes unlike many other dramas in which the writers and the directors have a difficult time dividing the story evenly among all the characters. The writer’s overall approach has been realistic and he has shown the conflict between all these characters exceptionally well. None of the characters so far have taken a backseat, all of them are constantly trying their best to get what they want whether it is Saba, Zohaib, Shagufta or Usman. Jibran Syed, Muneeb Butt and Saman Ansari have also performed brilliantly. They fit in perfectly in their respective roles. Muneeb Butt however needs to tone his make-up down, he does not need so much foundation!

Usman’s conversation with his brother about Kulsoom highlighted his double standards! His “ghairat” only gets violated when the women in the house show their preference for a man and there is nothing wrong with the brothers spending time with women they are never even going to marry! I am glad that this particular aspect of Usman’s personality was shown in this episode because usually men like him have shocking double standards. Faizan Sheikh has also been acting brilliantly and I am wondering why his name is missing from the end credits!

Ghairat has definitely proved to be a pleasant surprise because I wasn’t expecting it to be this entertaining and well put together. The preview of the next episode showed Saba mustering up the courage to voice her opinion but she gets the same violent reaction from her brother which she got in the first episode. Looking forward to the next episode.