So episode 13 is here and nothing unexpected happened. The typical step-mom routine is so prosaic and unimaginative it is hard to see past that. To some extent what made this episode more bearable was Fehmi’s nephew Qasid’s visit to Abrar’s house. The actor who plays Qasid really captures the essence of his character and is an absolute treat to watch. No surprises there he visits Abrar’s place to meet his khala and is met by Abeer instead. They have a pretty fiery first encounter and right after that he shows his interest in marrying Abeer. Partly because he likes her and partly because that way he can exploit Abrar’s money easily.

The other refreshing part was Hamna. Hamna is friendship goals honestly, she arranges for Arham and Momina to meet because she knows both of them are suffering and being a friend she can’t just watch them suffer silently. So she arranges a surprise meet up for them so they can talk things out. Momina suggests that if Arham must marry her he would have to accept her and Sami because she can not trust Fehmi or anyone else with Sami and it looks like this is more than what Arham bargained for. Momia has given Arham a 24 hour deadline so we will find out in the next episode for sure. 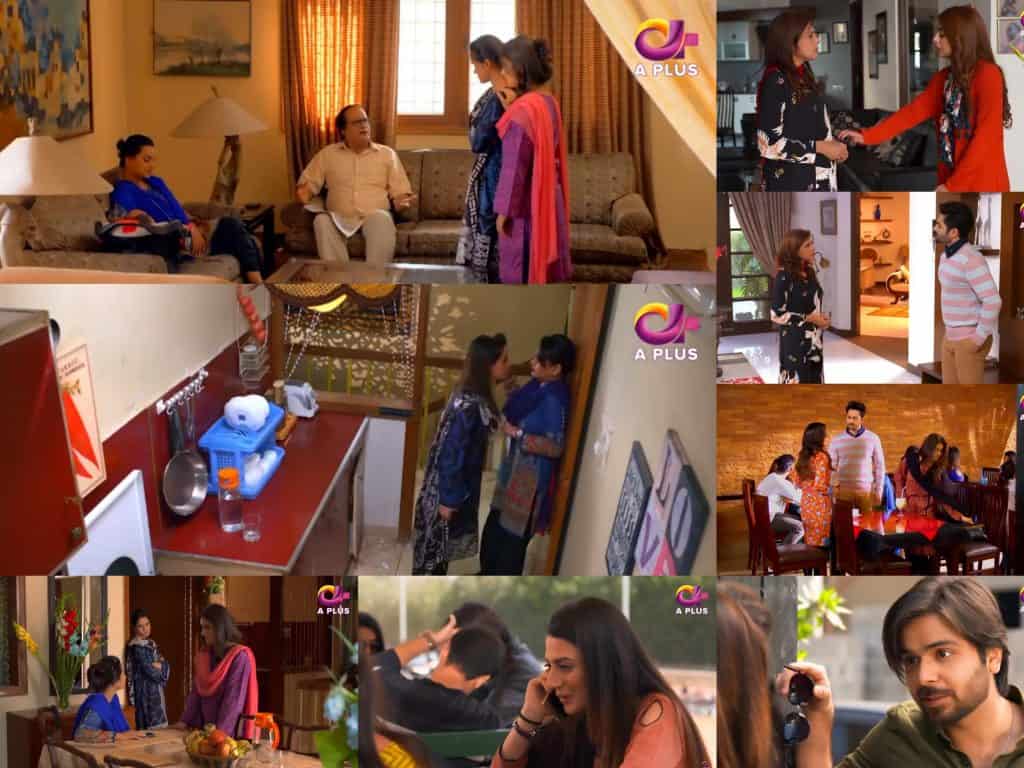 On Amtul and Fizza’s front there weren’t any new developments except Fizza calls Momina and we will find out in the next episode what for. Abeer continues to be the rebel and it is fun to watch. She overhears Fehmi pitching the idea of marrying Abeer to her nephew Qasid and she is furious so furious that even Fehmi gets a fright from her.

In the morning Abeer is gone apparently for the college trip that Abrar forbade her from going on but after the eavesdropping the night before there is no surety if she will ever come back home.

The bond between Sami and Momina is becoming more and more stronger while the same bond is making the bond between Arham and Momina more and more weaker. It is refreshing that even after seeing Arham and Fizza together on a friend’s wedding Momina isn’t sore. It is stimulating for once to see a couple that is not so insecure that they can not even stand to look their partner hanging out with someone else.

Over all this episode was average but had its’s moments. Arham’s character is so far very deep but Danish Taimoor’s acting isn’t exactly doing justice to it. The way he struggles with his mother’s authority but doesn’t give in so easily at the same time he kind of knows what he wants from his life and that is something at this age. Seemi Pasha plays Amtul really well the way she gets agitated every time her authority is challenged is beautiful.

In the coming episode we will be witnessing some major twists and turns so stay tuned.

How did you find this episode of Haara Dil, do share with us.