So 17 episodes down and this one was a significant improvement on it’s predecessor, unlike the last slow and sad episode this one was rather interesting and kept things going. The first act was made interesting by finally revealing the secret. Arham at last knows that Abrar was murdered and his mother knowingly kept this information from him. Naturally the first thing he did was to go visit Momina while he was being stalked by his current fiancé Fizza.
It’s been mentioned a couple of times that Fizza is a practical person with a practical approach towards life but her character so far is completely driven by impulse and not logic or practicality. Unlike the conventional antagonists it is admirable that Fizza isn’t naive enough to keep believing that Arham got engaged to her out of his free will or desire she acknowledges the fact that it was his reaction to being rejected by Momina. Another admirable thing is that she acknowledges her worth (at least in front of people who aren’t Arham) that she is good enough to score any man she likes Arham isn’t the end of the world for her. But she contradicts that practicality when she goes paranoid and instead of talking to Arham she spies on him, calls his ex fiancé, keeps things like his ex fiancé’s father is dead, all that screams “insecure” not “practical”.
Arham is naturally appalled after finding out that his mother can be callous enough to keep such a thing from him and his father but at least he isn’t alone in his misery. Afaan can relate to the helplessness that Arham feels right now and that is why Arham seeks comfort in his father. Arham feels helpless because of his inability to be of any help to Momina the love of his life when she needs so much support and Afaan feels the same helplessness if not worse because he wasn’t there with his friend in his last days what makes things even worse is the last words they exchanged were nothing but bitter and Afaan has to live with that. I have always appreciated the friendship that the writers established between Afaan and Abrar and even the father-son confidante relationship between Afaan and Arham is something beautiful to witness and rare in both the real life and reel life. 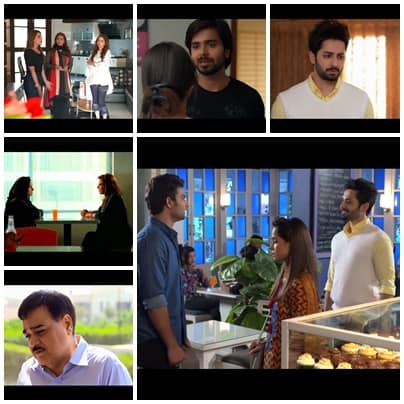 There still are things that make no sense (as always) even after finding out that Abrar is dead and Momina and Abeer are completely on their own Afaan does nothing to go help them. Even if Momina isn’t Arham’s fiance anymore she still is his best friend’s almost brother like friend’s daughter that Afaan has claimed as his own at many times. Helping them financially or emotionally aside he didn’t even consider using his resources to look for the culprits who murdered his so called best friend. Another disappointing thing was the conversation between Arham and Momina. Arham knows that Momina just lost her father to a cold blooded murder and after two words of kindness he starts complaining about how lonely he is and how he has lost his will to live because Momina isn’t with him anymore. Arham is supportive of Momina as long as she doesn’t need much of it because every time there is a real crisis and Momina looks for comfort all Arham has are complaints. He somehow becomes self centered and lacks all the empathy when Momina really needs it.
Now that the truth is out that Amtul and Fizza kept the news to themselves we see that Arham confronts Fizza and they finally have a heart to heart conversation where Arham explains that he finally understands why Momina made the choices that she made. Both Fizza and Arham can see that they are no match made in heaven their way of dealing with life and people are totally contradictory to each other. Arham is probably planning on leaving the country for a while and hopefully if he does he’ll return a wiser man and won’t waste his own or Fizza’s time further.
The most heart wrenching part of this show has become Qasid’s advances towards Momina. At this point he feels no shame in sexually harassing her and making her uncomfortable by smelling her hair and what we’ve been shown in the preview the future that awaits Momina is bleak very bleak. Other than Qasid we have Amtul who at this point isn’t shy to even KILL Momina to keep her son to herself.
Over all the episode like I’ve said before was better than previous one. Cages have been rattled, things of significant consequences have happened, let’s hope Afaan will play a more important role in Momina’s life in future episodes.

How did you find this episode of Haara Dil?