Ohkay so, this episode focused more on what Mehreen was going through & how everyone around her was either trying to ruin her life or doing what they could to save her. The story of Hum Kahan Ke Sachay Thay is being told in a very impressive manner & I definitely like the treatment Farooq Rind has given to it. There is a lot of intrigue, curiosity & thinking that is evoked while watching every episode, which definitely makes it one of the strongest dramas on air right now. The actors also deserve full points for such convincing performances because they have elevated the level of this drama.

I so wish Mehreen would give Saffan another chance, but sadly we all know that might not be the case here. He has been there for her through thick & thin but sadly, because Mehreen values the love she has for Aswad more than anything else, she will land herself in a marriage with a man who will continue to judge her based on the lies fed to him. There would be no point of the story if Mehreen will pick Saffan over Aswad but I so wish she does that because he has shown how selflessly in love he is with her. It is interesting how Mehreen gets to see the perspectives of both these men, with Saffan, never judging or questioning her & then there’s Aswad who leaves no opportunity in letting her know that he believes in those lies more than he believes her. The scene where Saffan assured Mehreen that he didn’t come to ask for her justifications or answers, he was only there to help was the best moment for me. It is always nice to see such caring & courteous characters who are so not judgmental, it actually is very refreshing. 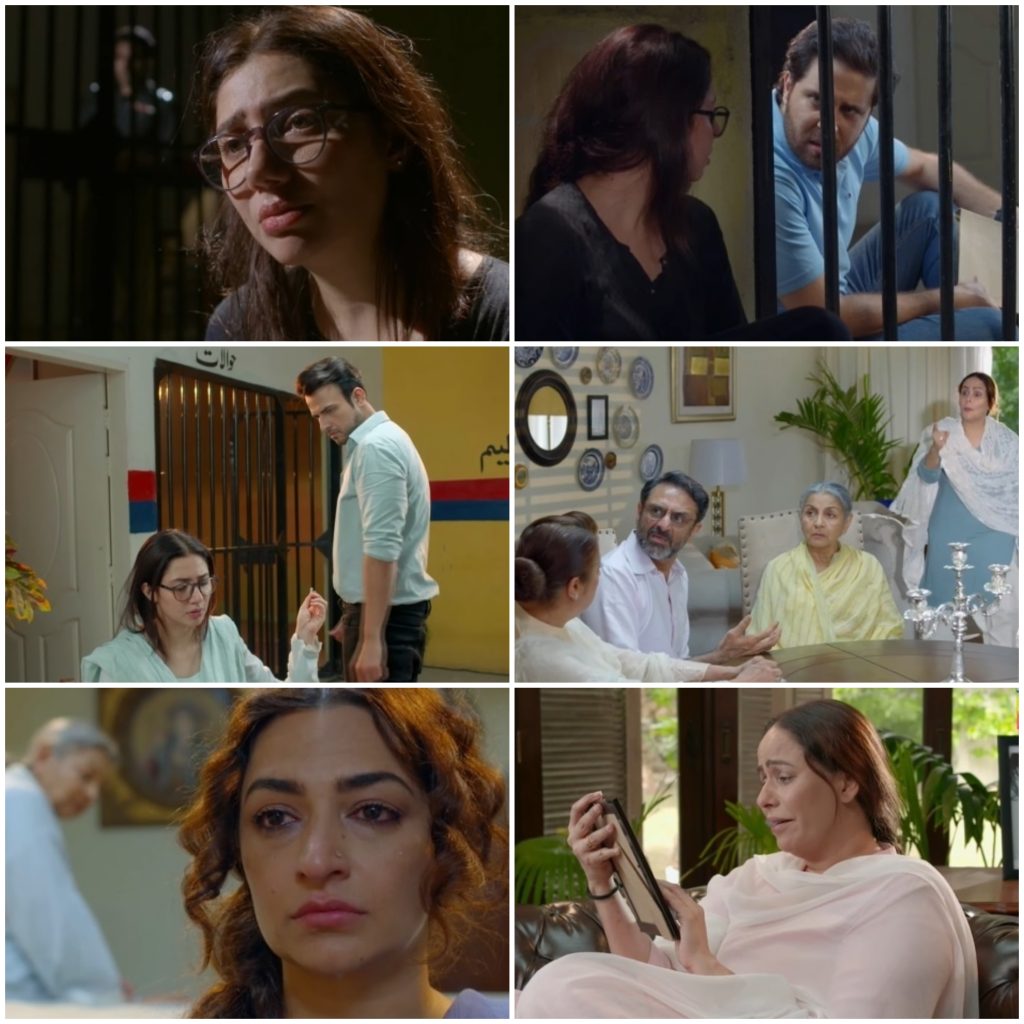 I think the drama is now at that stage where I’ll definitely stop blaming Mashal & purely hold Aswad accountable for being so blind. Despite seeing how miserable Mehreen looked when Saleha when to see her, he chose to remind himself of all the things Mashal had said about Mehreen being mean & not in love with him. This was yet another difference that stuck out like a sore thumb that where Saffan chose not to ask Mehreen anything, Aswad was yet again making it all about Mehreen not loving him & having relations with different men. I mean this just shows how low Aswad can stoop that he completely invalidated the trauma Mehreen was facing, isolated, in jail, dealing with everything on her own but he completely ignored it & made it all about himself yet again.

Mashal did what she did but now it is Aswad’s duty to take off the blindfold & stop being so dimwit. In this episode in particular, I thought to myself how nice it would’ve been if there was something more to Aswad than just being a man confused between the lies he has heard & the reality he is seeing – which by the way he is capable of analyzing himself. It is high time Aswad reflects on what the truth is. What makes it a lot more frustrating is that every time Aswad speaks to Mehreen, he has this tone which clearly shows that is not going to believe anything that she’ll say & that in his mind, he is quite sure of how she is the culprit no matter what. In this entire episode, this fact was highlighted multiple times, which makes his character quite one-dimensional & tunned-visioned!

Shagufta’s confession to Mashal was heart-breaking but sadly, it can not undo what has happened. That scene was necessary to be shown because it highlighted a mother’s guilt & probably was a silent confession of her wrongdoings. Sadly, Shagufta yet again fails to be the bigger person to realize that everyone around Mashal played a part in what actually has happened, therefore putting the entire blame on Mehreen is not going to bring her any peace – that too in case of a murder which doesn’t seem to be the case!

I totally think Shabo’s character will be used to sway the audience’s attention & keep the intrigue in the story. She definitely is hiding something & I do think there was some negligence on her part that led to Mashal’s death but she is too scared to admit it. She knows exactly what happened but is not sure when she will muster up the courage to speak the truth. So far, Saffan is trying to help & Aswad too has gotten on board to bring Mehreen out of the jail, but not sure how they will come to the conclusion that Mehreen has nothing to do with what happened. I must say I giggled the moment Shagufta lashed out on Aswad, chalo koi to hai jo ye kar sakta hai!

This episode of Hum Kahan Ke Sachay Thay was definitely quite interesting. I am sure everyone by now knows how I am never a fan of slow-paced episodes, but when it comes to Hum Kahan Ke Sachay Thay, I find this treatment justified, especially with these two latest episodes. Zainab Qayyum & Ali Tahir were the stars of the show, I really liked their performances. Mahira Khan has been brilliant too. I must also add, Kaif Ghaznavi is a perfect choice for Shabo’s character, especially now at this stage where it is quite obvious that she is hiding something, I think her casting has been justified. Please share your thoughts about this episode of Hum Kahan Ke Sachay Thay.