As expected, this episode had a lot to do with Hamza’s low life tactics to get back at Dua. But thankfully, I did find a few aspects of this episode quite pleasant so I am pleased that this episode wasn’t a total disappointment.

Even though I am not happy with the significant amount of screen time reserved for Pasha Sahab’s scenes, I would have to admit that I really felt for him in this episode. Now that he was finally content with his life, Hamza came in to ruin the chances of Pasha Sahab becoming a better person. I was very much taken aback when Hamza introduced himself to Pasha Sahab because I didn’t see that coming so soon.

The whole honeymoon scenario tonight made me cringe (excluding Dua-Zohaib scenes, of course). The way Hamza and Arsala easily convinced Zohaib to join them on their honeymoon didn’t convince me at all. The fact that this suggestion was brought forward by Hamza was very troubling and I was expecting Arsala to oppose to it. More so, I was expecting Zohaib to talk sense but no one even flinched at Hamza’s insistence, except for Dua of course. Why don’t these people find it weird that Hamza doesn’t care about his privacy at all?

If, for a fleeting moment, I ignore the fact that Hamza has no feelings for Arsala, I’d say that Hamza and Arsala make a cute and youthful couple. Some of their scenes are cute but if you ask me, the Pooh jokes are a little lame :P. I don’t know why but for some strange reason, I was expecting to see a different side of Arsala after her marriage but khair, Arsala will remain Arsala :). The wedding night scene was funny but I don’t think we could actually relate to it. I wish they take some time to establish their relationship  because I want to see if Hamza actually develops feelings for Arsala with the passage of time, I know, the chances are next to zero but if that happens, it’d be quite an interesting twist. I also want to see what Hamza means to Arsala because up till now, I haven’t had much of an idea as to how Arsala feels about him. 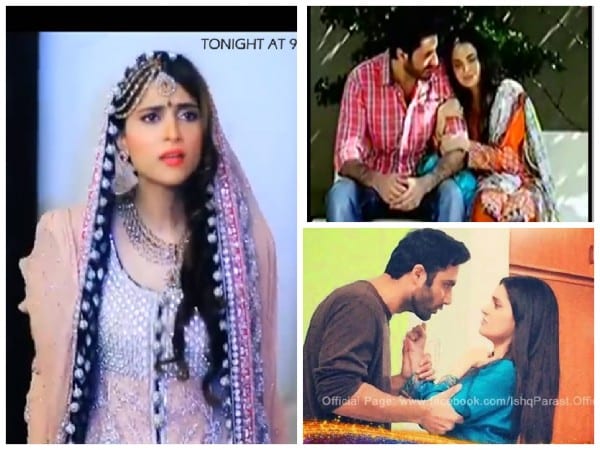 Mar mitana hai ya maar mitana hai, jo bhi karna hai do it fast because during this mar mitaana process, the threats and showdowns we are forced to watch are anything but ‘thrilling’. While watching Hamza blackmailing Dua, I was constantly reminded of Ahmed Ali’s scenes in Dusri Biwi where he was hell bent on destroying the life of his ex-fiance. I feel that there were a couple of scenes in which Zohaib should’ve sensed that Hamza is a creep but sadly, that didn’t happen.

Normally, in our plays, we see female leads sobbing and pleading their helplessness in front of obsessive stalkers but I have to admit that it’s indeed a pleasant surprise to see Dua emerging as quite a headstrong woman. I was dreading Dua’s rona dhona but to my pleasant surprise, we didn’t have to sit through any crying sequences. Dua’s dialogues were written very well and I commend the writer for penning quite some hard-hitting dialogues. I loved the scene in which Dua gave Hamza a piece of her mind in front of Zohaib and Arsala. ”Ishq parast aur ana parast mein bohat farq hota hai. Ana parast mein say shuru hota hai, aur ishq parast apni mein ko khatam kar kay shuru hota hai.” Dua’s love for Zohaib has strengthened her and I really like the way she kept bringing up Zohaib’s name in response to Hamza’s jali katti baatain.

”Muhabbat sukoon hai, ishq junoon hai.” Hamza claims to know all about love! Despite the reality checks he gets from Dua, he continues to believe that his twisted sense of ‘ishq’ can justify all his actions.

Zohaib saw this as an opportunity to make up for lost time and even though I found it a bit absurd of him to agree to join Arsala and Hamza, I reallyyy enjoyed watching Dua and Zohaib’s sweet scenes- their scenes are always directed very well. It goes without saying that the chemistry the two share is beautiful! Muhabbat Khan gets irritating at times, especially when he receives undue screen time but his inclusion in tonight’s episode didn’t bother me at all. His concern for the duo is cute :)

Did you watch the latest episode? How do you find it? Do share your thoughts with us.