Pace tass se mass hui aur bas, pace tass se mass hui aur bas. As expected, this entire episode was dedicated to Mahi’s fever. It is actually sad that the director thought dragging a drama & story this much was the right thing to do. It is because of this slow-paced treatment that now makes me question whether there is something substantial to the story or not? I really can’t believe that I just watched an entire episode, dedicated to the tussle between two mothers; one who has lost her son but still trying to make amends & the other, who lost her breath at the thought of her daughter’s fever!

So, Mahi’s mother came to take her back only to find her bedridden with a high temperature. Mahi showed absolutely no signs of fever the next morning but till then, her mother got a golden opportunity to get back at Jageerdarni. Fever comes & goes but it seems maybe Mahi’s mother doesn’t know that or maybe she also doesn’t know about the magical medicine called panadol. I know I am getting too much into the feverish side of the episode because this is exactly what they gave me to discuss here.

Jageerdarni couldn’t help but get disappointed at Mahi’s mother’s behavior because in her mind she was planning for Sikandar’s proposal. She realized immediately that this is one tough cookie to crack but luckily for her, panadol worked & Mahi’s fever subsided, which made Mahi deal with this entire situation rationally & put an end to this negativity. I loved how Mahi’s mother justified eating dinner at Jageerdarni’s place citing it as her ‘majboori’ because apart from that, she didn’t want the rest of her family members to taste the food!

I think Sahiba misunderstood that she was not coming to Jageerdarni’s place at a funeral but instead she was coming to take Mahi back. The kind of dressing she had done was way too simple & didn’t go well with her stature & status. Mahi’s mother on the other hand was well dressed & had a bit of jewelry therefore there was no need for Sahiba to be dressed as if she was still mourning Taimoor’s loss. Mahi finally let Sahiba know that Farhad was alive & eating. The way Sahiba jumped at the news was the kind of reaction I expected from her because she has always magnified everything related to Farhad in front of Mahi, so her motive was achieved. 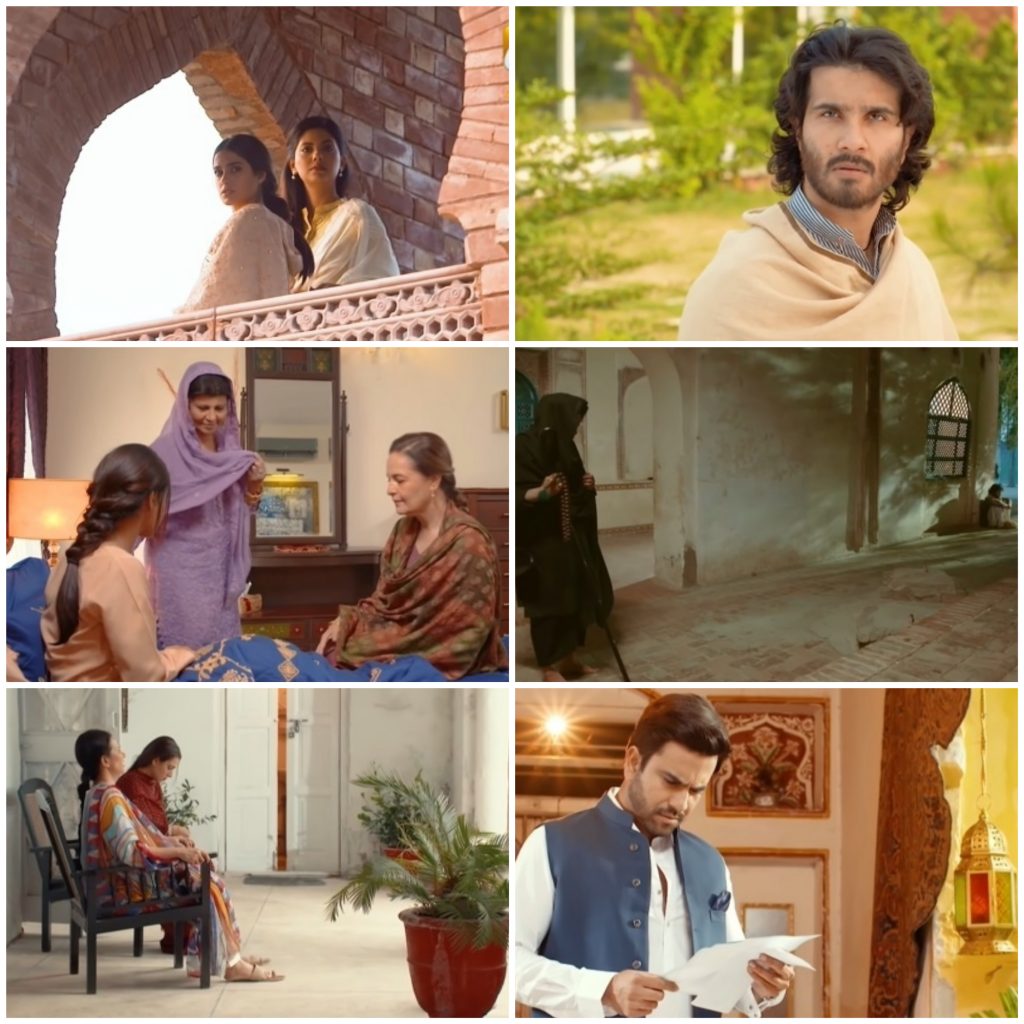 The writer & director Dervish who knows everything about Farhad’s life knew that this was the time he had to send Farhad to Mahi’s house because he knew that this is going to be the day when Farhad will finally find out where she lives & that her husband is no more. I like how seamlessly the Dervish has taken the role of being the writer & the director of this drama & Farhad’s life because this precision is definitely not something a person could achieve just like that. The idea of ‘ilham’ has been pushed to such a limit that instead of believing in it, I think logically it is safe to believe that he happens to be not only the writer but the director of the drama too. HAQQQQQQQ!!!!!

Writer-director Dervish knew that Mahi had completed her iddat, not because she came to the Mazaar. This was something he knew when he went to pray for Jageerdarni’s health at her place. He said when the time would be right, he will ask for a favor in return. So, this was W&D Dervish’s calculated decision of sending Farhad. Just because this episode did not have much meaningful scenes, the two that did were made a part of the promo last week. I think it isn’t a bad idea after all that Khuda Aur Mohabbat 3 can be followed just by watching the promos because the episodes themselves barely have something to offer!

So, our Sikandar Bhai got dumped & Romana vanished into thin air. He tried hard to figure out where she went but all in vain. Sikandar was hurt & upset but as the promo suggested, he won’t take much time before moving on because he can see how attached his kids are to Mahi. Just because Romana went out of the picture, it became easier for him to take this decision.

This episode of Khuda Aur Mohabbat 3 was slow & practically had nothing to offer. I really wonder why the mothers in this drama become so caricaturish at times. Farhad’s mother was left bewildered for good, Jageerdarni who was at least being embarrassed of her bad behavior was being pushed to the side, although she too had bouts of negativity in the beginning. & now Mahi’s mother who could see the love & care Jageerdarni had for Mahi was still adamant to show her anger & frustrations even when she could see that Jageerdarni wasn’t being rude to them. Anyways, as the promo suggested, next week the only meaningful scene in this entire episode might be the confrontation between Farhad & W&D Dervish, let’s see. Please share your thoughts about this episode of Khuda Aur Mohabbat 3.