This episode of Laa was slow as compared to all the other episodes that have gone on air so far, since it did not manage to engage me the way all the previous episodes have, I couldn’t help but notice some of the loopholes in the direction and the narrative. The story took an ugly and unexpected turn today when Dilawar found out that Daniyal is his brother. Everything happened really fast but I must say that the scene in which Dilawar shot Laila could have been shot in a much better way. Surely someone like Dilawar is used to killing people or is he really a chooza seth? He looked terrified when he shot Laila like he had never hurt a fly in his life. Until now Laa did not give me much to complain about; I ignored the repeated coincidences, I have enjoyed the filmy feel of the play till now and a few loopholes here and there did not kill the overall feel of the play for me because Laa gave me something to look forward to every week and it has been very entertaining. This episode however was slow for my taste and much of what we saw in it made little sense. Firstly, a person like Dai Maa who has blood on her hands is not in a position to question her son for having an affair/affairs. I did not get how she concluded that one of Dilawar’s girlfriends must have told Laila what kind of a character he had. People like Dilawar take pride in having girlfriends and even mistresses, it comes with the status sadly.

Daniyal recalled being at Laila’s house when she went to visit her family but he was never shown in that particular scene in the last episode. In fact two minutes before that scene he was shown sitting with his father in Lahore and tonight he delivered the money to Laila’s house and went straight to the hospital which would mean that Laila’s family lives in Karachi or some place near Karachi. In addition to that Daniyal had more pressing issues at hand at that time with his father sick! Maybe I missed something, if anyone out there was able to make sense out of these two scenes please do enlighten me. 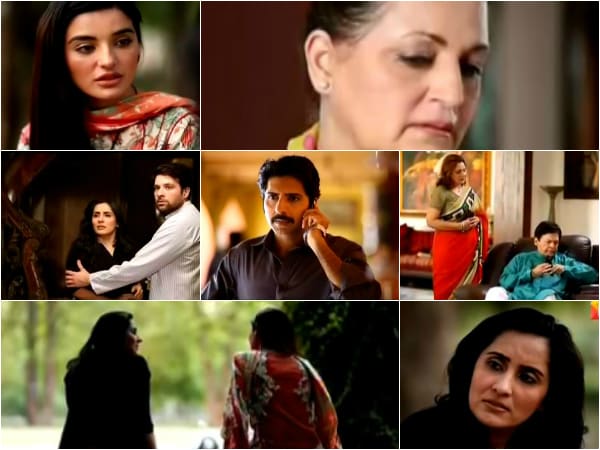 Laila’s character was getting more interesting by every passing episode, I would definitely want to see more of her. We got to find out more about the double life that Laila has been living all these years. Daniyal’s mother wants to hold on to her son therefore she is on a mission to find him a wife but his father on the other hand wants his son to find out who his mother is so that he can be at peace. Daniyal’s father has faith in him; he knows that he will still come back to them even after finding out who his real mother is.

Daniyal’s life has taken a turn for the worse because he has been framed by Dilawar (perhaps). The viewer’s didn’t get a chance to see why the police thought that he was the one who shot Laila but I am guessing that Dilawar must be behind this latest development. Daniyal and Hina will come face to face once again in the next episode but in the wrong circumstances. Laila and Dilawar are the only two people who know that Hina is Daniyal’s mother, Laila is fighting for her life and Dilawar would want Daniyal to be behind bars for the rest of his life.

Although this episode was strictly okay especially when I compare it with the sort of entertainment Laa has provided us with till now because the loopholes in the direction and narrative were too obvious this time around. The story still has tons of potential; if Laila survives, she will tell Hina the truth and Hina will fight her son’s case.