These three episodes of Lal Ishq were mesmerizing to say the least. There were powerful dialogues, strong performances and emotionally packed scenes. All the actors were fully inside the skin of their characters and that made the play a delight to watch. It’s not a mild or entertaining drama but one where the storyline engulfs you in its twists and turns. Another thing that stands out is that no character is truly evil. They all have their positive reasons for doing all that they are. They believe in what they are doing and follow their hearts. From Bali who truly regrets murdering Hukum to Mehrunnisa who is doing all this for the love of her late husband to Yawar Kamal whose heart truly feels for Bali to Jajji who hid Bali’s kids from him for their own sake, they are all extremely loyal human beings and that somehow makes you relate to them and their actions.

Story wise, Farhad was able to convince Mehrunnisa of his love and impressed by his strength and love, she invited his father. When Jajji got to know, he immediately put two and two together and warned his son to stay away from Mahi. Farhad agreed, for the sake of the love he had received from Jajji all his life. Rameen on the other hand tried every tactic including emotional blackmailing which as she had guessed worked perfectly and their father agreed to go ask for the love of his son’s life. He was apprehensive that someone will recognize him and tried to send Majid in his place. Mehrunnisa was not taking any of it and he had to go for the meeting himself which went well and the two love birds eventually got engaged. Mehr Chiragh tried to recognise Jajji from his groggy memory and could get there but barely since it seems Jajji has changed his appearance since running away with Bali’s kids, especially his blue eyes which would have been very characteristic of him.

All the actors are amazing in the drama and even the supporting seem to have been born for doing their respective roles. Be it Yawar Kamal or Mamoo Munir or Majid uncle, they are all fit for their on screen characters. It’s hard to decide which is the best supporting actor in the drama but if I had a guess, it would be mamoo Munir who is undoubtedly the best of the best. At times it’s hard to remember he is acting in the role. He is holding his own in front of Saba Hameed and Waseem Abbas and performing totally at par with them. His love story with Yawar Kamal’s wife Fakhira was revealed in the seventh episode and the it was a delight to watch the strong and manly mamoo Munir reduces to crying at the mention of his old lover and his wish for her to know he was looking cute.

This drama deserves all the praises it is getting but there was one loophole. If Farhad’s family was there just to ask for Mahi’s hand, how come everyone was already dressed for the occasion. It seemed like the bride, groom and all guests were ready with stage set and it was not decided whether the families would go ahead with the proposal or not. It was a glaring discrepancy in an otherwise brilliant episode.

Stay tuned for more on this amazing piece of scripting, directing and acting. 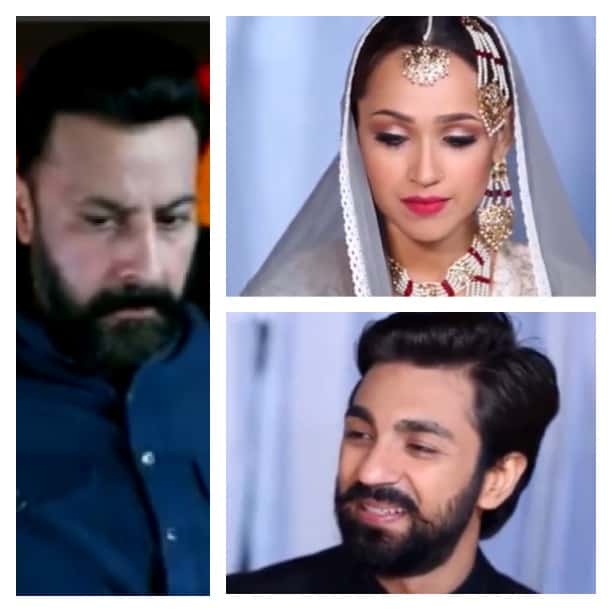