Mannu and Salahuddin both moved on to the next phase of their life in this episode. This particular stage of their life is very different from the their recent past. In fact it is so different that I felt like I was watching a completely different drama altogether. The difference between their past and present life is just as vast as the one between Hyderabad and Karachi! Mannu’s carefree life which was reigned by madness has been replaced by a reality check! Although Mannu never wanted to get married to Mikael but even then just like any other mashriqi lrki it seemed like she accepted this relationship once she knew that Mikael was the person she was supposed to spend the rest of her life with.

Mannu was not rebellious after her wedding but her reaction to Mikael’s twisted personality was actually very compromising. All the interactions throughout tonight’s episode between Mikael and Mannu went to show that she was more than willing to accept this new role as Mikael’s wife. Even when Mikael gave her the option to walk out of this relationship if she had a problem with his lifestyle, she made it clear that it was not an option. This sudden change in Mannu’s personality was somewhat unbelievable. The only reason for this change of personality could be that Mannu has finally accepted the fact that things don’t always turn up the way people plan them. Mannu kept on thinking about Salahuddin but her focus was definitely her marriage. The phone call to Salahuddin seemed more like something someone would do only because they were lonely. Salahuddin has decided to move on, he does not want to talk about Mannu and he most definitely does not want to talk to her. 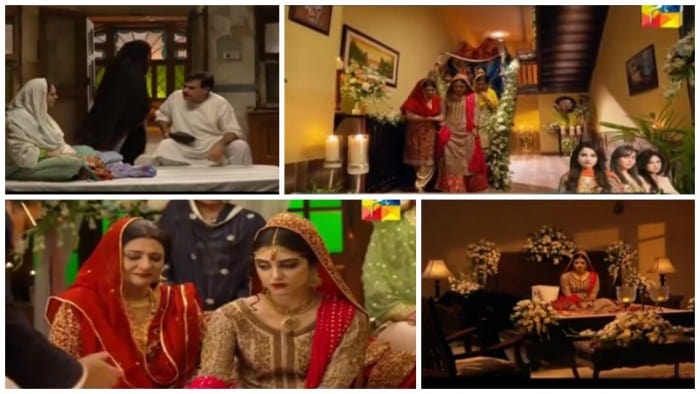 Mikael’s character as a whole has nothing new to offer. We have seen many such men before in other dramas too who look perfect as suitors but have a secret life and an indifferent attitude towards their wives. He reminded me of Sarmad’s character in Rubaru. The viewers were given the impression that Mikael wanted to get married to Mannu because he liked her but tonight’s episode clearly showed that he never wanted to get married, there is no room for a wife in his life. Mannu is a complete misfit in her new house. Mannu’s mother in law is nice enough to understand her situation and she wants to see her happy but the fact that she refused to take her to the party with her went to show that she too wasn’t very eager to show her new bahu off! 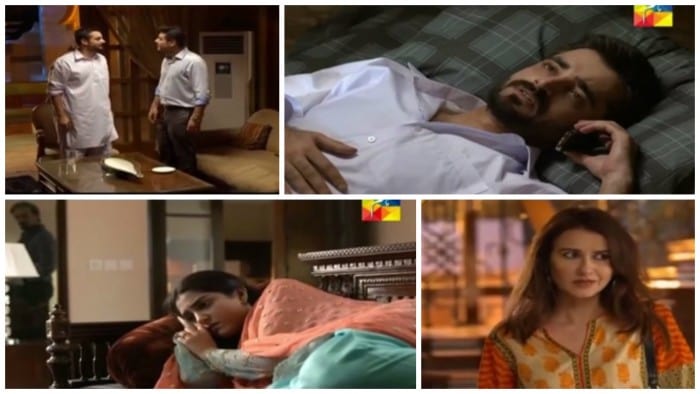 Salahuddin is a seedha sadha Hyderabad ka lrka who has no idea how people and life in ‘Karachi’ is like! His so-called friend (Vasay Chaudhry) is only using him and his wife Kuki (Arjuman Rahim) is very bossy and unreasonable! Iffy has very little control over his wife or what happens in the house therefore Kuki runs the show the way she wants. Jamil, the servant is more important to Kuki then anyone else therefore she cannot afford to lose him! I must say that I could totally relate to her character because there are many madams like Kuki who cannot do without a servant and will do anything to accommodate these servants. The servants also know that they can manipulate this situation to their advantage and they make the most of it. The personalities of both these characters were introduced in a way that the viewers clearly understood what their relationships and personality traits were like. 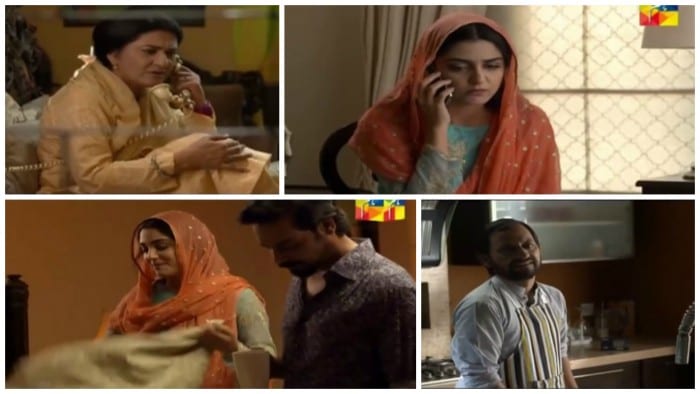 I would give full marks to the director once again for directing every scene of this episode in a flawless manner. Vasay Chaudhry was spot on as the husband who has no say and a businessman who only cares about his business. The first meeting between Salahuddin and Iffy was directed really well, the viewers could tell instantly that Salahuddin wasn’t going to get a very nice welcome in that house. Maya Ali made me feel for her character every step of the way today and I felt for Salahuddin just as much too. It felt like both these people did not belong in ‘Karachi’!! Saba Hameed has been absolutely brilliant as Mannu’s mother and I have to say that I loved her acting in tonight’s episode although she only had a few dialogues. Gohar Rasheed has a unique style of acting and personally I really like it but I do feel that his role has been-there-done-that written all over it. It would have been good if there was a brief scene of Mannu’s family in tonight’s episode since everything seemed very new with all these people out of the picture.

The preview of the next episode showed that even after Mannu’s attempts to win over her husband, he will still not approve of her. Salahuddin will see the ‘new’ Mannu but he will probably decide to stay out of her life.

If you missed it watch it on http://www.dramasonline.com