This episode of Meray Pass Tum Ho covered the last few hours of Danish and Mehwish as husband and wife. Tonight’s episode had to be the most disturbing one since it covered Danish’s extremely troubled state of mind with utmost precision. Everything bizarre Danish did in this episode seemed like a futile attempt to take control of a situation which was no longer in his control. Another disturbing element of this episode was the fact that Rumi was sleeping peacefully in the other room completely unaware of how his life was about to change. This scenario reminded me of Danish’s dialogues in the previous episode in which he mentioned how much faith children had in their parents and just how innocent they are. Few of the dialogues tonight also reminded me of the drama Tau Dil Ka Kya Hua. The recap of the previous episode tonight was far too long.

Humayun Saeed once again outdid himself in this episode. Danish’s dialogues and situation tonight was not easy to translate on screen yet his performance once again was remarkable as well as effortless. Ayeza Khan translated Mehwish’s ‘fear’ and eagerness to get out of the house impeccably on screen. The divorce papers came as a surprise, I am waiting to see a few flashback scenes covering how Danish got those papers made so quickly since given his state of mind, this must have been truly challenging. Shahwar and Mehwish once again were shown as heartless individuals with no conscience. Adnan Siddiqui gave his best performance tonight. Nadeem Baig deserves all the praise for his skillful direction which made every single scene and expression impactful. 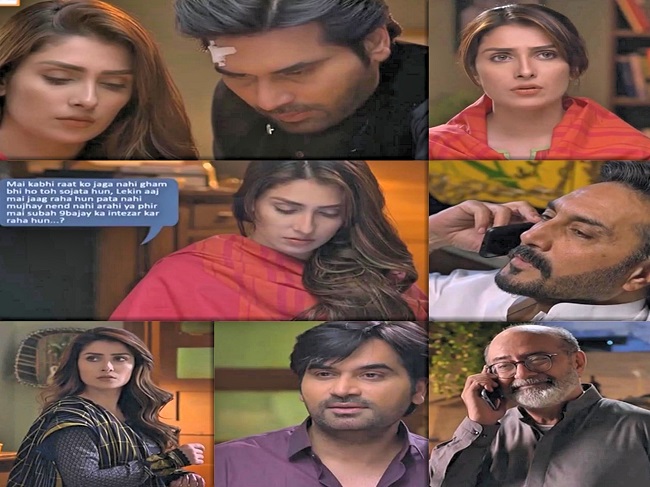 This episode opened with Shahwar reassuring Mehwish just how ‘qeemti’ she was and the explanation he gave seemed to satisfy Mehwish completely. Danish asked Mehwish for one last unexpected ‘favor’. His dialogues were bitter (rightly so) and they reflected his helplessness as well as his anger. He knew Mehwish didn’t want to do all of this yet he clearly forced her to cut the cake and celebrate an anniversary which was in no way a happy affair. The way Nadeem Baig covered the scenarios in this episode actually made me feel every bit of the nightmare Danish was living. This was the kind of episode that makes you want to pause scenes to absorb whatever the characters were thinking and going through. Why was Danish putting himself through all this? Why couldn’t he just leave Mehwish? Danish surely is a ‘character’ – one who makes you feel for him. You want to knock some sense into him but then when you think about the way he has been cheated, you can’t help but understand where he is coming from.

Tonight for the first time, I wanted Danish to ask Mehwish all those questions which a husband in his position would ask. Danish gave Mehwish all the love in the world yet here she was leaving him in the most ruthless manner for another man she barely knew. Danish did not question her but in the past few episodes he definitely tried to make her understand that she was wrong. The fact that this wasn’t Danish’s decision but something he had to go along with because he knew Mehwish was bent on leaving him was further reinforced tonight. All the scenes tonight showed just how difficult it was for Danish to let go. The bleeding from his wound, his anger when Mehwish did not fulfill his last request the way he wanted her to and his last dialogue clearly conveyed his state of mind clearly.

Mehwish was actually scared of Danish, she did not feel ‘safe’ around the man she had spent so many years with because subconsciously she knew how much she had hurt him. Once again Mehwish’s relentless faith in Shahwar showed in her actions. She did not doubt this man even for a minute and she never even planned the future in any way. The fact that Mehwish did not hesitate for a single second or stop to look at Rumi before leaving went to show just how sure she was of her decision. The way Shahwar and Mehwish smiled when they were in the car was yet another scene which showed that they were both certain that this would be the start of a happy life. 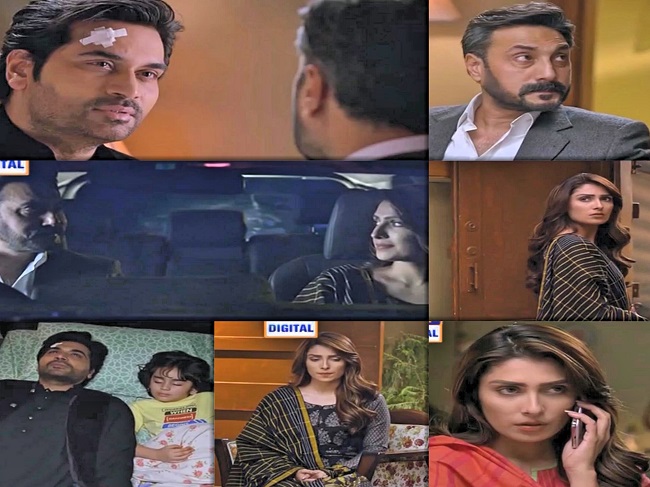 Shahwar is definitely a shady character and so far the viewers know very little about him. Apart from the fact that he is an unfaithful man with no principles who thinks he can buy everyone and everything with money, the viewers don’t know much about him. I sincerely hope that we will get to see him suffering in some way too since he is also the one cheating on his wife and he is just as responsible for breaking a home and heart as Mehwish is. While Danish dreaded what his morning was going to be like the next day and how his life will change, Mehwish and Shahwar were too busy planning their union.

Nadeem Baig and all the actors involved deserve tons of appreciation for breathing tangible life into a really complicated script. The OST of Meray Pass Tum Ho is extremely beautiful and the director has made the most of it. The background score too was once again used wisely in all the scenes. Tonight’s episode laid the foundations for what is coming ahead. It was a great idea to dedicate an entire episode to this important development and it was an even better idea not to reveal what was going to happen in the next episode. What lies ahead for Mehwish? How will Danish cope? Apart from Danish, I felt for Rumi the most tonight. This was another emotional episode of Meray Pass Tum Ho which kept me glued right till the end but watching Danish suffer was heartbreaking!

Episode in a nutshell