Meri Guriya Episode 19 & 20 Story Review – This drama continues to be extremely engaging and the performances tonight were once again simply mind-blowing! Most of the times, watching two episodes of a serial can be a daunting task therefore for a reviewer, the weaknesses might stand out more than the strengths. Tonight, these two episodes were so impressive that the strengths completely overshadowed the few weaknesses.

The Shooting At The Dharna

Shehnaz and Safina managed to go through with their plan for the dharna with the help of Yawar and few other families. Right from the start of these episodes Shehnaz, Safina and even Yawar had started doubting Dabeer. Gradually as the story moved forward, they kept on getting convinced even more that Dabeer was hiding something. The shooting at the dharna injured Safina but like she said, it also helped their cause by getting them more attention. The role of the police has changed completely in the past few episodes ever since the policeman in charge was removed and the politicians stepped in. As a result of this, the person responsible for the shooting was caught immediately and ultimately Sheikh Sahab who planned everything was arrested as well. All these developments were shown in a compelling manner. There were no loose ends which is the main reason why this episode as a whole was extremely engaging. 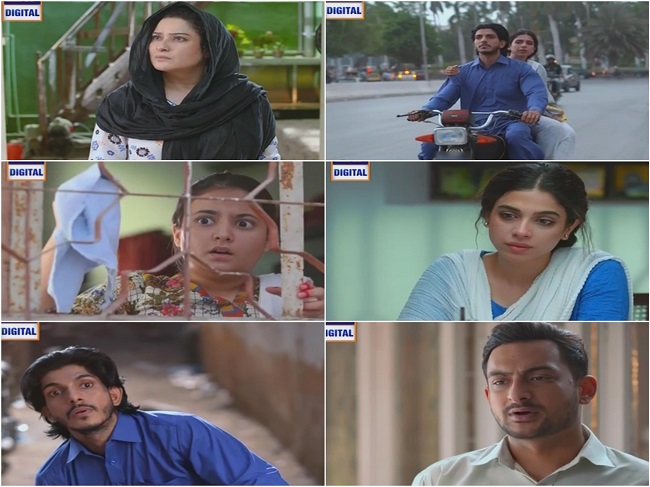 Approval For The DNA Test

In these episodes, Shehnaz and Safina finally achieved what they wanted. It was only after the Cheif Justice took notice of this case that the DNA testing was approved. Dabeer’s condition, after it was announced that the DNA testing will be done, was one of the best parts of this episode. Mohsin Abbas Haider yet again gave a performance which was truly impressive. He definitely deserves an award for his faultless performance in this drama. Dabeer kept on playing the vulnerable fool whenever it suited him and he switched to his evil side when he knew it was “safe” for him to do so. Jahan Ara played an important role in making everyone doubt Dabeer even more. Jahan Ara has always been shown as someone who thinks she is really clever but in reality she is easily fooled.

This time, when Shehnaz and Safina interrogated her tactfully, she told them everything and after that drawing conclusions was easy! Sania Saeed’s outstanding performance tonight made her scenes even more impactful. It is always a treat watching her perform because her acting is always effortless and on point. Safina and Shehnaz’s relationship continues to be the highlight of this drama. Sonya Hussyn also acted brilliantly tonight, I can tell she was really into this character since her performance throughout has been perfect. 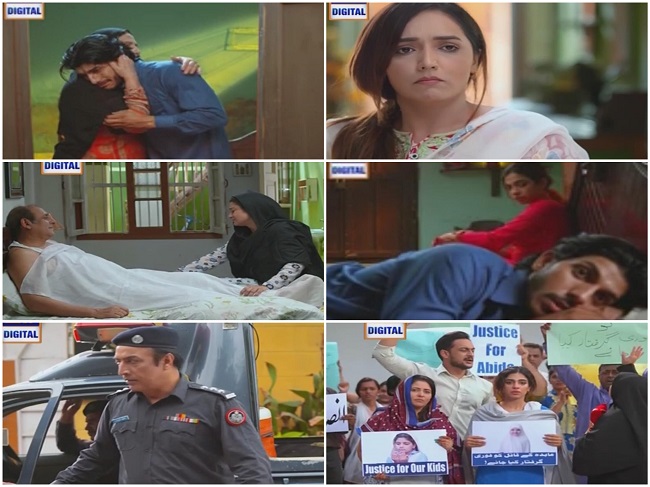 Mothers Should Talk To Their Daughters About Everything

In these episodes, the most important message was that mothers should talk to their daughters about things that truly matter. They should tell them that if a stranger or even a relative tries to get overfriendly while the parents are not around then they should inform the parents. Shehnaz has always talked to her daughters about these things and even when her daughters came and told her that they felt uncomfortable around Dabeer, she did not discuss anything with them but she made sure that they don’t go back to that house. The way Shehnaz deals with such situations is inspiring. I absolutely love her character especially as a mother.

Yawar played an important role in ensuring that Dabeer gets his DNA test done. It is so good to see a positive male character in this drama who is actively doing whatever he can to help Safina and Shehnaz even though Dabeer is his brother. Faris Shafi is extremely likeable in this role. Dabeer decided to run away but the way he did it was quite sloppy! There are times when Dabeer takes such reckless steps which make you wonder how he got away with all these murders. It would have been good if he tried to escape without anyone knowing since he already knows that everyone is suspecting him. Furthermore, Safina chasing him and ultimately finding Samreen was a thrilling addition to the story but definitely one which should not be stretched. 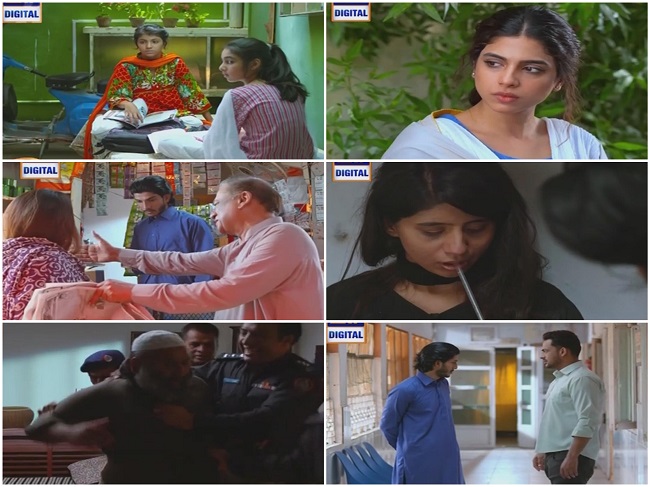 The preview of the next episodes showed that Dabeer will get caught but he will once again run away! I hope the story is not prolonged unnecessarily and Dabeer gets punished soon.

Tonight’s episode was directed brilliantly, the performances were superb, the overall development in the story was exciting as well as intriguing but there were a few additions which seemed forced. The episode as a whole however was wonderful! Definitely looking forward to what the upcoming episodes have in store for the viewers.