The tale of Mahjabeen and Qasim’s hair is finally moving forward but I am not sure where it is going. The good thing is that the dialogues are much more audible now so watching Numm isn’t as much of an ordeal as it was before. Now if only the director would remember to show the flashback scenes in every episode so that the mystery is solved soon. Mahjabeen’s statement about her helplessness with regards to avoiding bloodshed was very unconvincing considering that she could have done a great deal so many years back too. Had she not told her brother about the identity of the father of her child, all the bloodshed could have been avoided! So much for sacrificing eh? 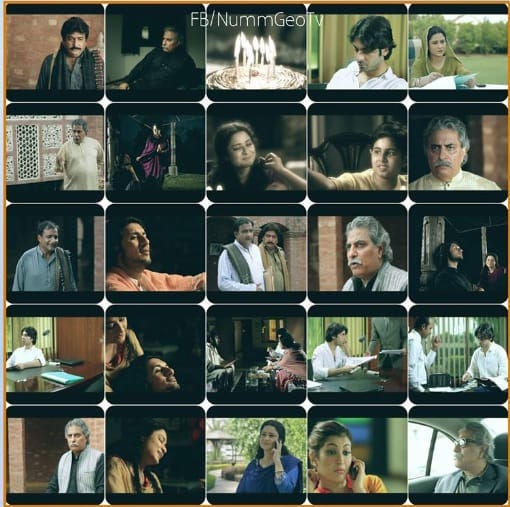 This episode and the last one showed that the relationship between Mahjabeen and Wali is like that of a mother and son. Qasim compared himself with Wali in the last episode and tonight too Mahjabeen was reminded of Wali’s birthday while giving Qasim a scalp massage. I wonder why the director mislead the viewers by adding some scenes in the previous episodes which suggested that Wali and Mahjabeen may be attracted to each other or that they were like husband/wife. Mahjabeen is being portrayed as the amma ji now, therefore those scenes seem very irrelevant and misleading. One would have expected someone like Wali to have a big birthday party but apparently he only had Mahjabeen by his side on his tenth birthday. I really don’t understand the change in Wali’s behaviour, there was a time when he couldn’t stand Mahjabeen and now he is full of respect for her.

Bare Sahab’s helplessness seemed rather odd to me. I am quite certain that he could have done something to avoid all that happened. Wali is giving Mahjabeen her due share and apparently there is not much that Bare Sahab can do about it. I wonder if he will be able to do much once he finds out about Qasim. I am also wondering how come he does not know that Mahjabeen has a son. Mahjabeen is a completely different person when she is with Qasim; I definitely like her more when she is with him, things could have been even better if Qasim could act! 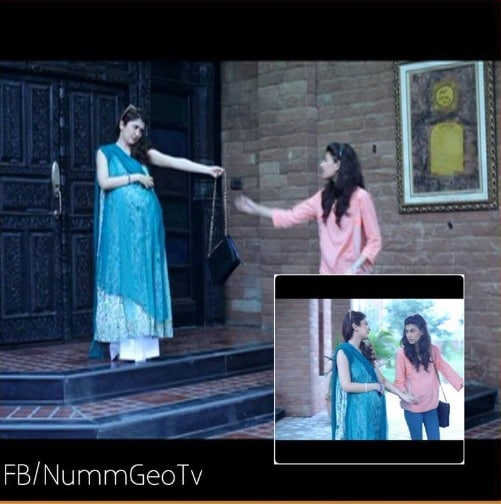 Many months have elapsed since the last episode but we hardly got to see any interaction between Neelam and Wali. I think showing how their relationship was developing was more important than showing how Neelam was getting along with her sister! Sure, Wali has been busy with his sugar mill but it seems most unlikely that someone like Neelam would have enough patience to sit back and wait for him to come visit. Neelam needs to stop acting like a 5 year old ASAP….my seven year old seems mature compared to Neelam!

Mahjabeen feels much more confident now that she has Wali by her side and bare Sahab is very interested in finding out the reason behind her newfound confidence. All the servants in this play stand out for some reason or the other! The lawyer who got the papers signed from Mahjabeen and the man who told Bare Sahab about the transfer of property were equally “distinctive” in their own way! 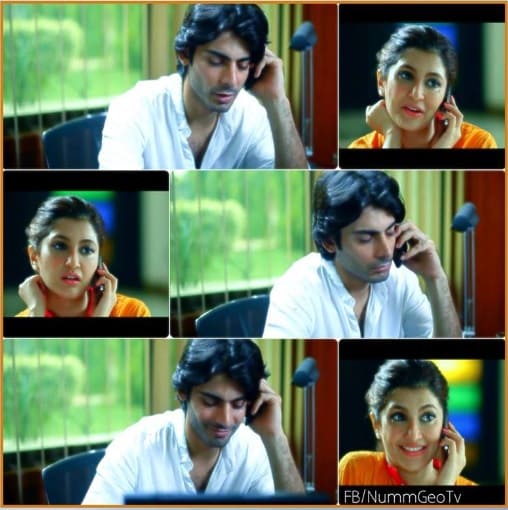 I have to say that this episode was much more bearable but nothing about it moved me in any way. When you regularly watch a play for 16 weeks usually it grows on you and you end up feeling something for some of the characters but Numm has completely failed to impress in any way at all. It stays on top of my biggest disappointments of the season list.