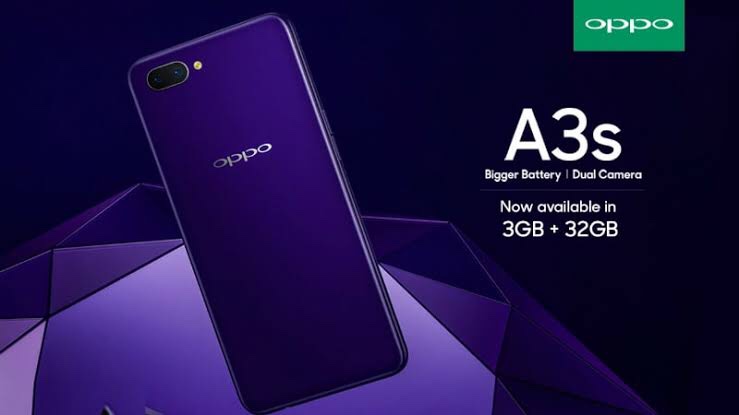 The Oppo A3s comes in 6.2 inches screen display with IPS LCD capacitive touchscreen technology which means the phone produces much higher display quality, with better colors and much better viewing angles. Moving on the screen resolutions are 720 x 1520 pixels with a pixel density of 271 dpi.

The weight of the handset is 168 grams and supports dual nano sim system. The Oppo A3s runs on an Android 8.1 Oreo system. 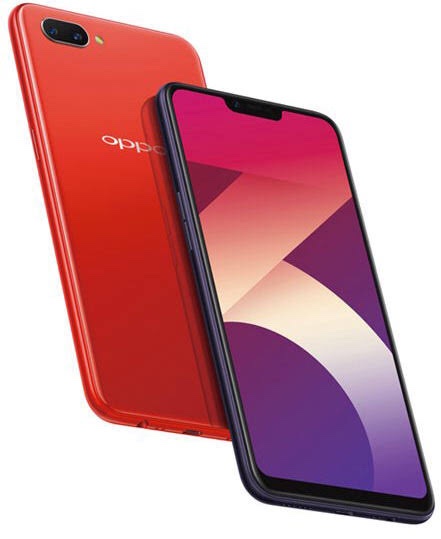 Furthermore, the smartphone has the capacitive touchscreen technology with an internal memory of 16GB ROM with 2GB RAM processed with 1.8 GHz octa core cortex processor while it has a memory card slot which can hold upto 256 GB memory. The smartphone is protected by Corning Gorilla Glass 3 which is slightly curved at the edges protecting the phone from breakages. The phone has a 10 point multi touch screen which means it has excellent and smooth touch while typing and scrolling through apps.

The Oppo A3s has dual rear cameras of 13 MP and 2 MP and an 8 Mp front camera. The back camera of 13 MP plus 2MP incorporates flashlight and can make HD videos up to 1080 [email protected] The camera also supports auto focus and auto brightness with several modes for clicking picture such as beauty mode, time lapse photo and video, panorama, etc. You can alo take in depth shots and bokeh shots with the new and improved camera.

The front camera of the smartphone is 8MP with LED flashlight. Through the front camera, you can take pictures via touch, voice and hand options. Availability of Self timer is also there for taking selfies. 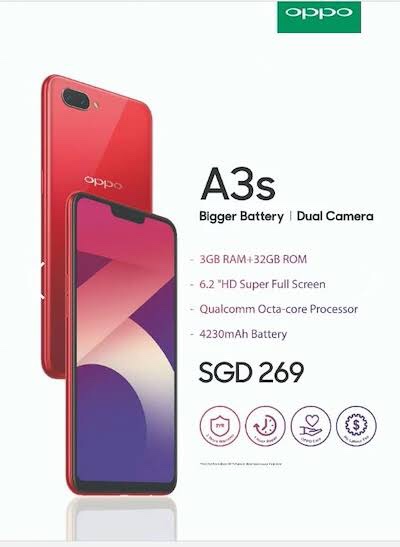 The Oppo A3s runs on 4g LTE connectivity which is a very fast system. Furthermore, it supports all bands within the region including 2g and 3g. You can also connect WiFi, 4.2 Bluetooth and listen to radio on the Oppo A3s.

The Oppo A3s has a non removable battery of 4230 mAh which takes almost 3 hours to charge from zero to 100% which is more like a negative aspect in this regard. Additionally, it comes with micro usb cable and headphones. The smartphone comes in red and dark purple colors.

The Oppo A3s price in Pakistan is just PKR 18,999. Since the smartphone was released last year ago, it might be available in even lesser price now.