Hmmmmmmm, interesting episode but not what I was expecting at this point of the competition. The episode was split into two halves where the contestants had to perform two genres first Bhangra & then Classical with Fuzon performing as their band by their side.

I must say Abrar ul Haq was great & the only guest judge whose performance was worth watching & probably the only performance by the guest judge that I have not only watched but enjoyed as well. He set the mood really high but the note at which the episode ended was disappointing. I didn’t enjoy Fuzon’s presence & looks like they brought out the worst in the contestants. They have created the so-called self-proclaimed best songs but it left the contestants bewildered because to be honest, classical training takes ages or at least when the show started they should’ve notified the contestants to practice classical because they’ll have to face the challenge.

I feel they should’ve conducted the classical round solely where the contestants didn’t have to have a divided focus on some other genre along with this one too because it clearly showed that the contestants focused more on the Bhangra & they tried to perform Classical with the best of their ability but didn’t shine in this genre. I feel just because they had to perform twice, they couldn’t do justice to this particular genre at all & it made the ending of the most awaited episode a lot more boring.

I must comment that Hadiqa Kiyani looked beautiful this time around but Bushra Ansari seems to be defying her age. Someone please get her a rattle & a pacifier because she is becoming a BABY ANSARI. I just can’t imagine where does she get the confidence to be so OTT given her age.

The commentary on the performances of both Bhangra & Classical genre is as follows:

Ali Asad Zaidi (AS) of Karachi performed Sonu Nigam’s ‘Nagara Baja’ in the Bhangra round. I think even though he tried he couldn’t do justice to this genre because naturally being an Urdu speaker he can not bring in the Punjabi touch which is needed for Bhangra songs. Abrar ul Haq commended him on his feel & said he performed it better than his expectations. Ali Azmat felt that his dance moves & body language seemed abrupt & he looked hesitant therefore it affected the feel of his performance but other than that he was in full-form & performed brilliantly. Hadiqa Kiyani said she loved his performance & Bushra (Occhi) Ansari complimented him on his expressions.

Mohammad Shoaib (MS) of Peshawar performed Daler Mehendi’s ‘Mai Dar Di Rab Rab’ in the Bhangra round. Being a Hindko/Pushto speaker he nailed the feel of the Bhangra. Abrar ul Haq said his performance was a wholesome package with expressions & the feel but said the moment he started enjoying himself, that took a toll on his performance. Bushra Ansari said he stole the show. Ali Azmat agreed to Abrar ul Haq but still said that he did maintain the notes & his performance was great. Hadiqa Kiyani praised him a lot, gave him a fighter jet & said that he has improved a lot.

Zamad Baig (ZB) of Mandi Bahauddin performed Abrar ul Haq’s ‘Jatt Charheya Kachehri’ in the Bhangra round. His performance was good because he is a Punjabi speaker & bhangra comes naturally to him but there were clearly some breathing issues & also he forgot the lyrics not once but twice & that’s a MAJOR fault which can not & shouldn’t be ignored at all but he clearly got away with it. Abrar ul Haq said that Zamad is the first person who did justice to Abrar’s bhangra. Hadiqa Kiyani said his performance was the best in terms of notes in comparison to the other two performances. Ali Azmat once again stated the obvious that he had an unfair advantage being a Punjabi speaker but he sang it well. Bushra Ansari commended him on being a sensible singer.

Mohammad Shoaib (MS) of Peshawar performed Shafqat Amanat Ali’s ‘Madhvanti’ in the Classical round. He had such a weak start & he showed his disappointment himself but as he moved along he got his performance under control. Fuzon’s Immu & Shalim praised him for having a strong yet soft touch to his vocal tone. Ali Azmat said that never let the crowd know that you’ve made a mistake, ignore it gracefully & make people forget it but overall praised him for attempting a difficult song & somewhat doing justice to it. Hadiqa Kiyani labeled his performance as a boundary & said she is waiting for the next 6er. Abrar ul Haq said that rehearsel was very important & he was better in the Bhangra round. Bushra Ansari said that being an untrained singer in classical genre, he attempted a very difficult song & it was a good effort.

Zamad Baig (ZB) of Mandi Bahauddin performed Ramez Khan’s ‘Soona Soona’ in the Classical round. His performance was good once again but his mistakes were pretty audible in the lower notes. Immu & Shalim of Fuzon praised him for the scale he chose & said he did a remarkable job. Abrar ul Haq said that Fuzon has very difficult songs but Zamad sang it with such an ease & definitely better than the bhangra round. Bushra Ansari gave him a standing ovation saying he was flawless. Ali Azmat said he was proud of Zamad & also said being a non-classical untrained singer he sang it with ease. Hadiqa Kiyani said his performance was soulful & truthful. She also said that Zamad always owns the songs he sings.

Ali Asad Zaidi (AS) of Karachi performed Ramez Khan’s ‘Neend Na Aye’ in the Classical round. This was again similar to those songs which he always performs but he did sing it well. Shalim & Immu of Fuzon said he improvised & did a great job. Ali Azmat said he had an emotional connection with the song & sang it really well. Abrar ul Haq said he’s God gifted & he must thank Allah for his voice & also gave him a standing ovation. Hadiqa Kiyani said this was the best performance of the night. Bushra Ansari said it was a beautiful but a very difficult song but his notes were just perfect. On a side note I must say the most memorable thing for me in Ali’s performance was the guy behind him holding the rattle-like instrument, his expressions were just brilliant & I had a good laugh. 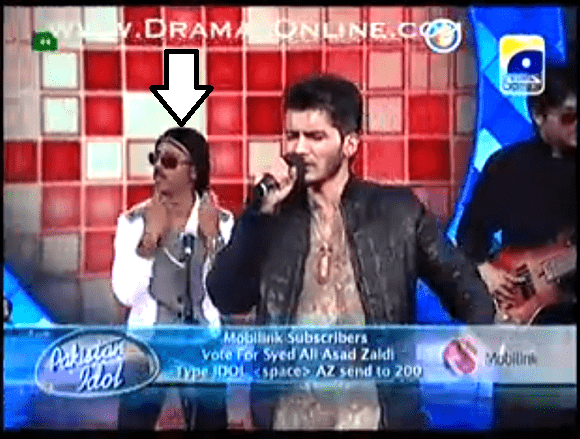 So, this is what the whole episode was all about. I enjoyed the Bhangra round a lot because it was exactly what we needed at this stage. Not sure who will be eliminated but it would definitely be a shocker because all three of them deserve to be in the final. I have compiled a list of the songs that these contestants have performed starting from the auditions till this last gala round & I must say Mohammad Shoaib & then Ali Asad Zaidi have been the most versatile in their song selection whereas Zamad Baig has mostly performed similar type of songs.

So, here’s the list as a quick recap to their journey & their performances:

So, now it’s time for us to anticipate who’d make it to the finals. Let’s wait for the last elimination & wish our respective favorites GOOD LUCK! :)