Ohkay so, this episode of Prem Gali was actually quite sweet but humorous at the same time. There’s a perfect blend of comedy & important messages that are being imparted which make Prem Gali an interesting watch. However, I will be honest that at the beginning of the episode, I did find some of the scenes a bit too stretched but the second half was definitely my favorite. I feel at times few scenes fail to work because of the over-stretched coverage that every other character gets & then the timing feels off a bit too, however, the scenes leading up to their marriage & after that were done really well. As much as I do like the rest of the characters & understand their contribution to the story, I find myself enjoying the scenes of Shireen & Hatim’s families a lot more.

The beginning of the episode covered how everyone was enthusiastically participating in Joya & Hamza’s wedding. Everyone was playing their part well & also the two families were trying to get to know each other better. The scenes that covered how they both were adjusting to the new routine & settlement were nicely done. It is quite obvious that both Shireen & Hatim’s families have a lot of learning to do because this setting is completely new to them. They have come to terms with everything because they want what’s best for Joya & Hamza but they all are finding it a bit tough to compromise & adjust.

The main issue that was highlighted in this episode was how the pressures were being mounted on both Joya & Hamza to make their marriage work. The two are madly in love with each other & will obviously do what it takes to make each other happy but the things that their grandfather & mother said to them made them a lot more conscious than they should’ve been. It kind of has presented a daunting picture of marriage in their minds & as the episode progressed, it became a lot more evident that Hamza & Joya will have to endure a lot to find their happiness. The things that Shireen & Hamza’s grandfather said did make a lot of sense & were coming from a place of concern but it also goes to show how much involvement they are going to keep in their marital life, which eventually will lead to some problems that the couple will face initially. 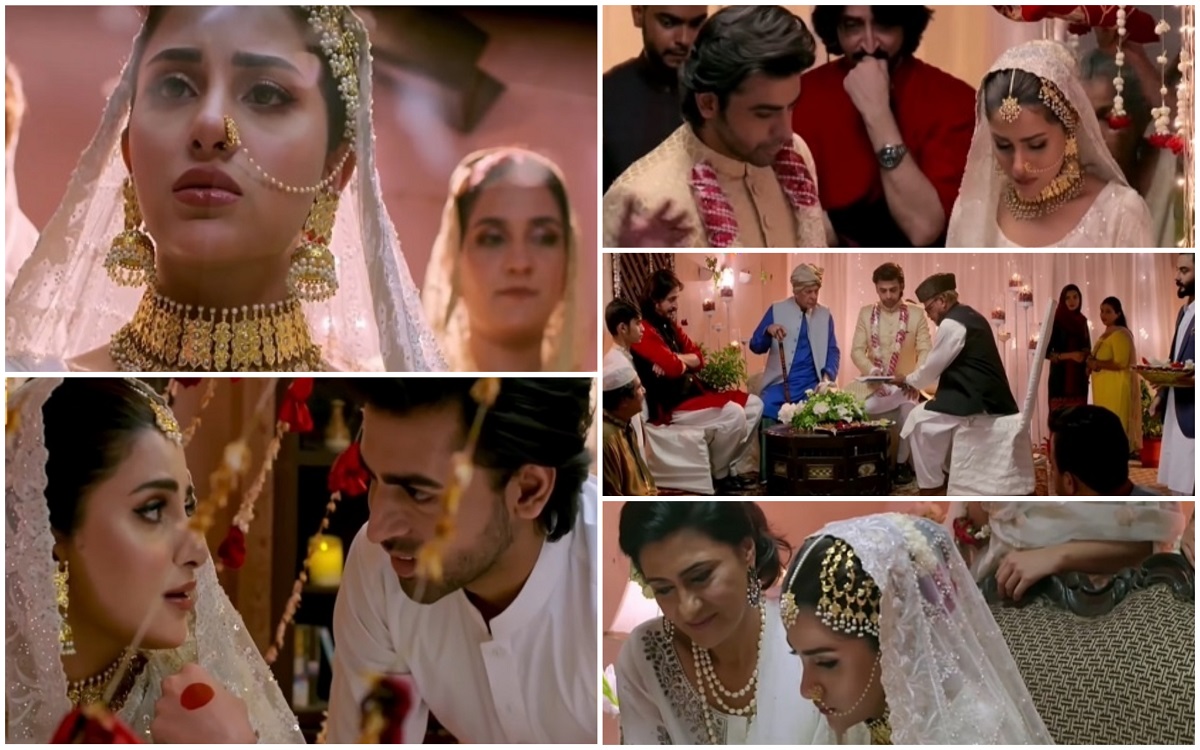 As much as I loved Musarrat’s emotionality, I felt Luqman’s stress on the similarity between Dua & Joya was a bit too stretched to the point that it started to feel monotonous to me. However, I do enjoy Hatim’s reactions to Luqman’s meltdowns, therefore it compensates a bit. Musarrat melodrama continued & I must say Uzma Hassan looked absolutely cute, especially during the Baraat scene. I do like how there’s some slight connection between Luqman & Musarrat like they both are very emotional therefore they both are eventually going to understand each other better.

I laughed out loud when Dada Jaan told Hatim to offer 100 nafals, that entire situation was so realistic because Hatim is known to be following his Peer o Murshid for nitty-gritty but when it came to practicality, he had a hard time accepting Dada Jaan’s mannat. Peer o Murshid eventually did say something to Hatim which is going to cause trouble in Hamza & Joya’s marriage. I think with this, the writer is going to highlight how important it is to have logical reasoning & not just following anything or anyone blindly. Who would’ve known that the bride who was taken to their home in such a beautiful & respectful manner will now be treated as an outcast by her husband, only because Hatim feels his Peer’s orders should be followed. However, I will say that one particular dialogue where Hamza swore at the Peer was not really nice. Obviously, the Peer shown in this drama is far from being an ideal & practicing religious scholar but to add a negative connotation with someone who is revered because of his religiosity to some extent was not nice to hear! 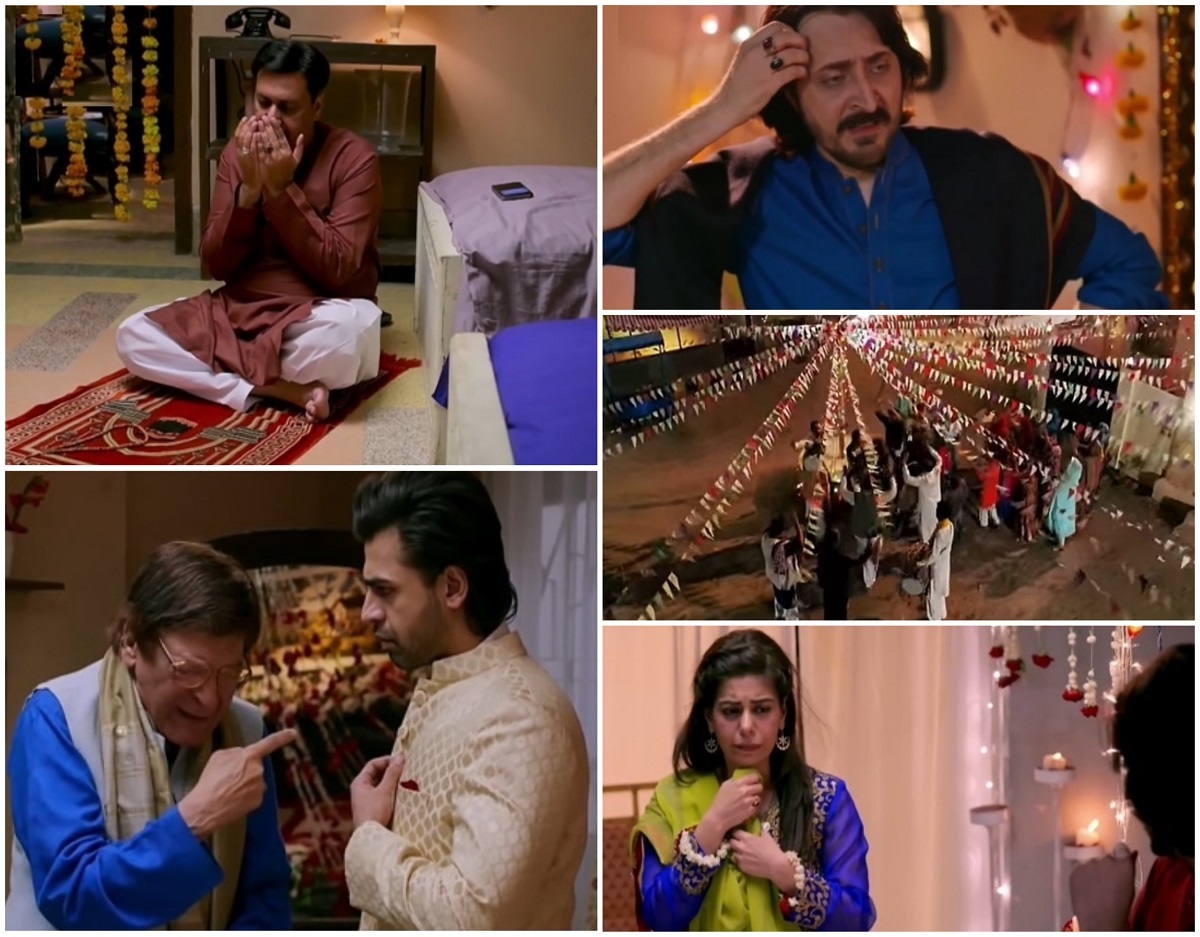 This episode of Prem Gali was really sweet & I absolutely enjoyed watching the second half of it. I must say Sohai Ali Abro looked drop-dead gorgeous, her hair, makeup, jewelry & Bridal dress was gorgeous, especially I couldn’t help noticing it in the scene where she draped it all over her head to show Hamza that she was upset. Hamza & Joya looked really cute together. Farhan Saeed has performed really well as Hamza. I feel it would’ve been nice to see both Hamza & Joya steering through this new phase of their lives based on their own understandings. This entire Peer o Murshid track where Hamza will have to distance himself from Joya is going to take away the fun element & cuteness quotient from their relationship, that too when it is obvious that nothing of such sort makes sense or is logical, but I definitely have faith in Faiza Iftikhar that she is going to tackle it intelligently & will highlight how these things shouldn’t even matter.

I thoroughly enjoyed watching everyone’s performances & their contribution to the wedding. Shamim Hilali, Saba Hameed & Uzma Hassan looked beautiful. I wish Hatim/Waseem Abbas had worn a vibrant colored kurta because it was his only son’s wedding. Qavi Khan & Abdullah Farhat’s acting & characters are cute. Waseem Abbas & Saba Hameed’s timing when both Hatim & Shireen bicker with each other is spot on & probably one of my most favorite aspects of this drama. Please share your thoughts about this episode of PRem Gali.