The story really has taken a new turn but not one which I was expecting it to take. The best thing about Pyar Ke Sadqay so far has been the convincing and refreshing storyline. None of the characters or the scenarios so far have been conventional. It seems however that Pyar Ke Sadqay will also turn in to a love triangle in which one man has to choose who he wants to be with. I really hope that is not the case but the recent shift in the story suggested just that. I felt for Mahjabeen while watching this episode, just when Abdullah started accepting their relationship, Shanzay came back into his life. Yumna Zaidi and Bilal Abbas‘ performances continue to be impressive. This episode was also well-executed but the recent shift in the story was extremely unpleasant.

I never disliked Shanzay’s character not even when she told Abdullah off because clearly Abdullah wouldn’t have been a suitable life partner for her. The advice she gave Abdullah was not conveyed in a nice way but there was nothing wrong with what she suggested because actually Mahjabeen is the perfect match for him. Tonight however everything she did showed that she was a selfish person who had learned absolutely nothing from her wannabe punk fiancé’s toxic personality traits! Shanzay’s track has made no sense in the past few weeks. The viewers were not shown why and how Shanzay ended up with someone like Esa since she always knew what kind of a man she wanted to marry. She was shown as a confident and outspoken girl therefore there was no reason for her to settle for someone who put her down constantly.

In this episode, she explained to her father that she didn’t see through Esa. This explanation did not work for me at all since he had started showing his true colors before marriage but somehow Shanzay only shared her concerns with her father after she got married to him. The overall look of the actor playing Esa’s role is absolutely terrible, he needs some serious grooming himself. If this truly was a really classy looking man it would have been easy to understand that he managed to ‘fool’ Shanzay. So after realizing what it feels like to be belittled, she has decided to flirt with another woman’s husband…how sad is that!!

I am also terribly disappointed with Abdullah but at least his reactions definitely make sense. Abdullah was completely blown away by Shanzay and he had just started feeling attracted towards Mahjabeen. Even though he got married to Mahjabeen, it was only something he did to prove to Shanzay that he managed to find someone who needed him more than he needed her. Mahjabeen is to Abdullah what Abdullah was to Shanzay, the only big difference is that they are married now! Sarwar also played a major role in giving Abdullah the hope that he can still get married to Shanzay. We have seen right from the beginning that Sarwar exercises great control over Abdullah therefore it makes perfect sense that he listened to him instantly and ran to see Shanzay. The kind of welcome he got was completely unexpected, more than ever now he is convinced that he is likable and can perhaps have Shanzay in his life. Right now it seems like Shanzay is lonely and she is using Abdullah. She is not even bothered about how all this will impact Abdullah and Mahjabeen’s marriage. 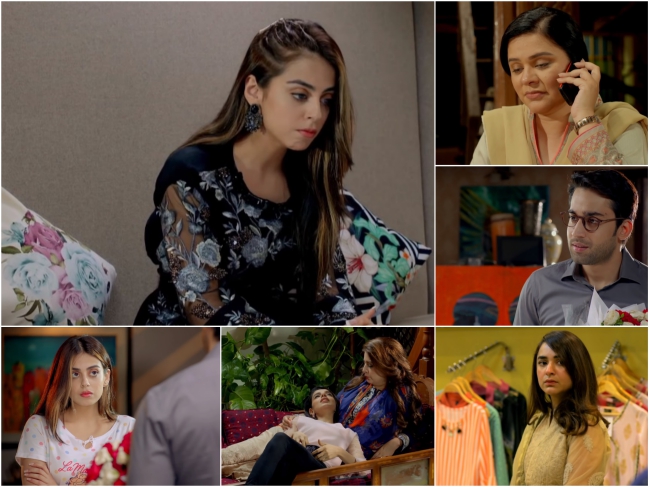 Abdullah was too busy worrying about Shanzay and putting Mahjabeen down in this episode. The difference between Mahjabeen and Shanzay is obvious – you do understand why Abdullah who fell for someone like Shanzay would find it difficult to fall in love with Mahjabeen.

Mahjabeen was the real victim tonight who has been doing whatever it takes to make her marriage work yet she is now facing a situation that is beyond her control. Mahjabeen’s innocence is the most appealing aspect of this drama. Her main goal in life is to please her husband, she has no idea what and who she is up against. When Mahjabeen heard Shanzay calling Abdullah her best friend, her reaction was too cute. She is clearly possessive about her husband and can sense when someone is doing something that is not right!

Later on, Abdullah told her off more than once, he was a completely different person right from the time he came back home. In the morning, he was quite happy with Mahjabeen but after meeting Shanzay and being brainwashed by Sarwar (rather quickly) his behavior towards Mahjabeen changed altogether. Mahjabeen definitely has a more strong personality than Abdullah. The only hope now is that Washma or Pho will find out about this and knock some sense into Abdullah. 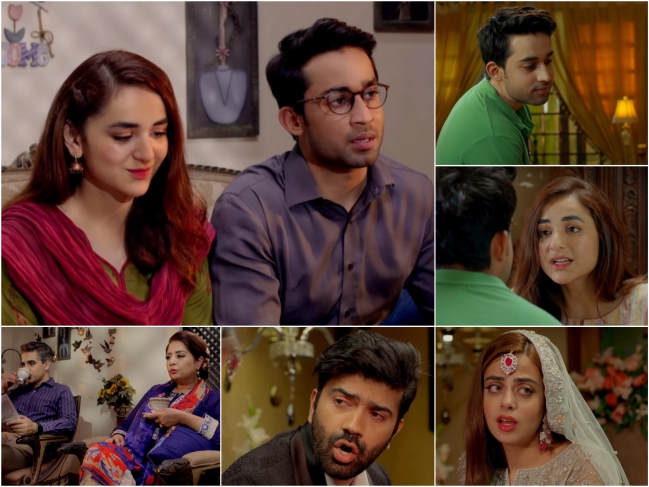 The way Washma told Sarwar off today was satisfying! She really is the only one who sees him for who he actually is. Mansoora and Sarwar once again have gone back to being ‘love birds’. This time around Sarwar did not have the guts to take Mahjabeen out therefore he is more cautious now.

I am not too happy with where the story is going but I am hoping that the writer will continue to surprise us with another twist which works in Abdullah and Mahjabeen’s favor. Abdullah is easily influenced by Sarwar, he needs someone to guide him in the right direction. Sarwar it seems will team up with Shanzay to get what he wants. While it is understandable why Sarwar is doing all this, I am wondering why Shanzay is looking for an escape in Abdullah! I don’t find this part of the story too convincing. Tonight’s episode was visually pleasing and Mahjabeen’s scenes were cute. Abdullah and Mahjabeen make an amazing on-screen couple, waiting to see their happy ending.