Ranjha Ranjha Kardi Episode 5 Story Review – This was another brilliant and beautiful episode of Ranjha Ranjha Kardi. This drama has some of the most unique, real, tangible and appealing characters. It also has the most phenomenal performances to its credit and the direction has been beyond amazing right from the get-go. You can’t help but fall in love with all the beautiful characters and their simple yet meaningful stories. Some of these characters are struggling to find an identity and others are either supporting them in some way or are a source of frustration.

Bhola and his mother’s relationship has been written and translated extremely beautifully on screen. The way Bhola “exploited” his mother’s love for him and the manner in which she was more than willing to forgive him even though she knew he was lying to her, was the perfect example of a mother’s love. Gradually, the viewers are being introduced to different aspects of their relationship. Bhola’s mother is just as clueless as Bhola himself. She feels that perhaps if Bhola gets married, he will no longer be as “careless” as he is now but Bhola it seems is a free bird who can never be caged no matter what. All of Bhola’s conversations with his mother were both amusing as well touching. His mother takes care of him and does whatever she can to make him feel loved and protected but Bhola cannot cope with the “limitations”. He cannot eat what he wants to when he is home, he cannot run outside and dance to the tunes he likes and he cannot be as dirty as he wants! When Bhola gets tired of the outside world, he knows he can come back and his mother will welcome him with open arms and when he cannot take the restrictions any more he just flees away. He follows his instinct and it won’t be wrong to say that like any other child, he takes his mother’s love for granted. He might go out of his way to get attention from Mumtaz Begum but he won’t do the same for his mother because he knows that he does not need to make an effort to keep that love in his mother’s heart alive. 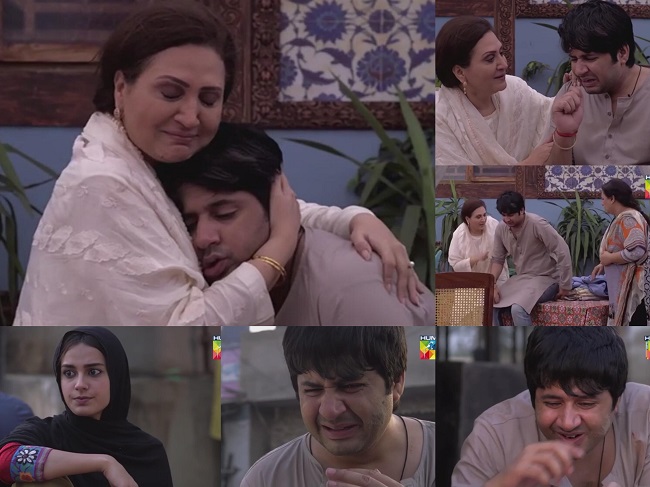 These two magical characters met yet again and this time too their scenes were a treat to watch. Bhola and Noori both are the kind of people who speak their mind therefore their conversations are always very interesting. When these two are interacting with other characters, there are times when they are putting up a show or revealing only that side of their personality which they want other people to see but when they are with each other, their conversations are totally unfiltered. Noori is the only person who knows how Bhola feels about Mumtaz Begum, he opens up with her the way he does with no one else perhaps because he feels that Noori can be trusted. Noori on the other hand is either amused by Bhola or feels for him but she always enjoys his company. Iqra Aziz has also given an outstanding performance. She has breathed tangible life into this character and has surprised many viewers by her superb performance. Imran Ashraf and Iqra Aziz’s characters, their performances and their on-screen chemistry continues to be one of the many reasons why Ranjha Ranjha Kardi has two of the most exceptional main protagonists.

Noori Is Hopelessly In Love

Noori and Sahir’s scenes too have been written and executed on screen faultlessly. Although Noori is putting so much on stake by meeting Sahir the way she does and by dodging Qudsia but you don’t feel like “judging” her at all. Her love for Sahir, the way she expresses it and the lies she tells somehow always come across as innocent. I especially liked their conversation when Sahir called her “Noor” – the dialogues were so meaningful. They yet again showed how desperately Noori wanted/needed this kind of an acceptance. Sahir also loves Noori, something which was apparent from his reaction when he saw her with Bhola but he does not want to express this love. I absolutely love Jibran Syed’s casual and neat look for this role. He has underplayed his character and he keeps you wondering which adds to the mystery. You want to like this character but at the same time you’re not sure if you know him well enough! 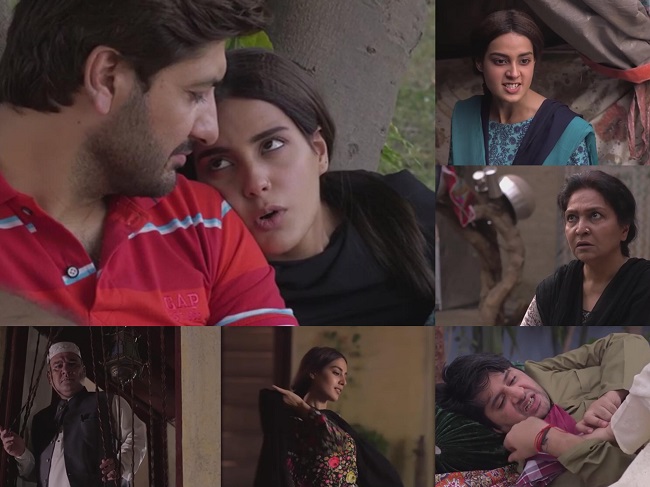 The family dynamics in Noori’s family have been well-established by now but the relationship dynamics between Bhola’s family members are being revealed gradually. Kashif Mehmood’s character is apparently Bhola’s father’s cousin and is working for Bhola’s mother because that is where they get their livelihood from. This means that Bhola’s mother is financially stable and Bhola is the sole heir of her property. The conversation between the husband and wife tonight was a nice way of laying down these dynamics in a nuanced manner. There was some greed or the instinct of looking out of your own interest in this conversation but the negativity was kept to the minimum. Noori’s mother finally discussed Shoka’s proposal with her and Noori’s reply was very satisfying – completely in line with her character. 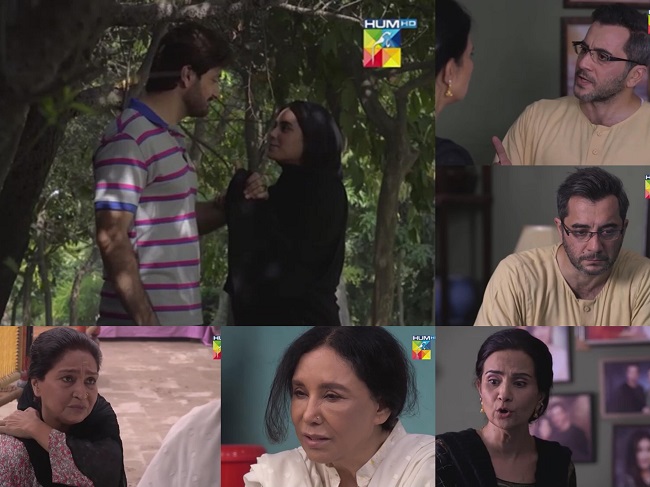 Tonight’s episode had a solid pace, there wasn’t a single scene which was out of place or unnecessary. Every single scene in this episode either took the plot forward in some way or revealed something new or interesting about the characters. The top-notch performances continue to impress even more with every passing episode. Imran Ashraf is definitely at the top of his game, he completely owns his character and the attention to detail shows in every scene. He makes the most difficult scenes look real and effortless. Iqra Aziz continues to outshine in a role which has so much to offer. Kashif Nisar never ceases to impress and Faiza Iftikhar’s script gives you so much to hold on to and to look forward to. She has given us the most amazing characters in the past too but Bhola in particular is simply out of this world. Ranjha Ranjha Kardi is hands down the most exceptional play on air nowadays.