There is a certain serenity about the overall feel of this play which I find very charming. Everything is shown in a simple yet beautiful way. The picture quality of the play definitely is something worth raving about and the conversations are very meaningful. Ranjish Hi Sahi does not bank on twists and turns that keep you on the edge of your seat but it still manages to hold your attention. The best thing about this play is that the relationship between different characters is very normal; there are no misunderstandings that take weeks to get sorted and no dark secrets that have not been revealed yet. I was expecting Arsal to propose Hiba but the way he proposed Tooba was very honest. However, things will be taking an ugly turn in the upcoming episodes since Bilquess Kamal is not going to sit back and watch this love story end happily. Bilquees Kamal may have a confrontational exterior but one can’t help but feel for her character. Saba Hameed has captured the different shades of Bilquees’ personality beautifully. 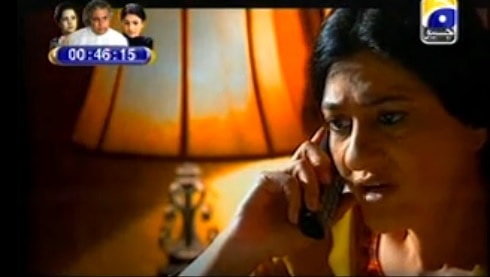 I have praised the writer of the show many times before but every time I watch a new episode I can’t help but appreciate her more. The dialogues are like a breath of fresh air; they are short, to the point and very meaningful too. The conversations between Kamal Hassan and Yumna in particular have been penned down in such a way that their romance does not come across as cheesy at all. The writer has also put in a great deal of thought into the way the story is progressing. Although, things do not unwind quickly in this play but every episode has something new to offer. Slow and steady is the correct way to explain the pace of the drama. 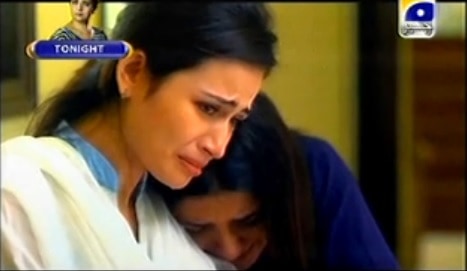 I was expecting Hiba to have a complete change of heart after her mother had a heart attack but her reaction was portrayed perfectly. It is impossible for anyone to change overnight. Hiba maybe putting up a show for her mother but Yumna knows only too well that she is still not very comfortable with the way things are. The conversation between Hiba and Yumna at bedtime was a bit too long other than that all the scenes were relevant and short. 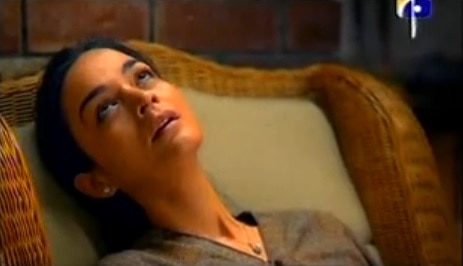 The viewers found out more about Kamal’s sons today and the kind of relationship they have with their father. I really enjoyed this particular conversation. Every episode till now has given us a glimpse into the lives of different characters. It is almost as if we are still getting to know all the different aspects of their personalities. Kamal stayed by Yumna’s side, he did not let Bilquees’ threats get in the way. 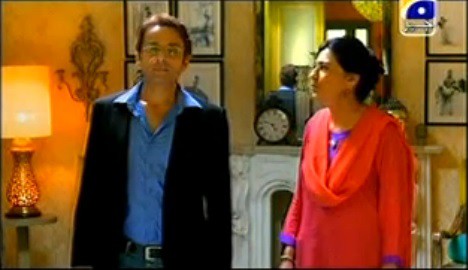 The preview of the next episode showed that there are going to be some serious repercussions of Yumna’s relationship with Kamal. Will she yield to all the pressure or will she go ahead and marry Kamal?