I must admit that even though I watch this play with a very critical mindset but I have not been able to find anything to criticize about it till now. Every single scene has been carefully planned and the director has given a great deal of attention to detail. There isn’t a single scene which seems pointless or stretched – now that is very rare especially when you consider the fact that there is a lot of talking in the play. The pace of the play remains smooth and the picture quality is beyond impressive. The bright colors definitely make this play a visual treat.

Tonight’s episode focused on showing the repercussions of Kamal and Yumna’s impulsive decision. The interesting aspect of this episode was that it was almost as if Yumna and Kamal had changed roles. Until the last episode Kamal Hassan was totally in control of things but in this episode when he had to face the music his confidence was somewhat shaky. Yumna on the other hand was more confident after the Nikah, maybe because she knows that there was no turning back now. For the first time she was slightly assertive with Hiba and informed her daughters about the Nikah immediately afterwards unlike Kamal who even with all his tall claims was not able to tell Bilquess and Rohail about his decision. 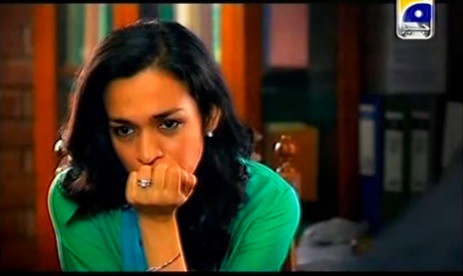 Muhammad Ali’s acting has been convincing enough till now. It is definitely a great start for him; he got an opportunity to work with a good team in his first project and he is also playing an important role. It is good to see new faces on screen. Emmad Irfani also performed well in this first episode. I am definitely waiting to see more of them. We needed new talented faces in the industry and these two actors definitely fit the bill. Emmad Irfani’s voice quality may not be top notch but his dialogue delivery and command on the language more than makes up for it. 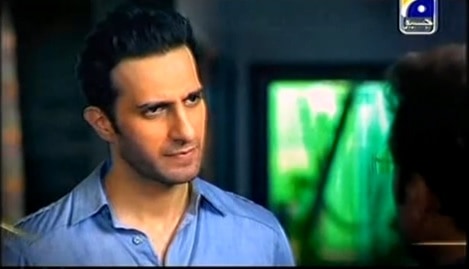 I truly felt for Tooba tonight. Arsal has the same mindset as his mother. He also knows that the present situation will only create more problems for him and it may be impossible for him to convince his mother. Blaming Tooba however seemed a little unfair. 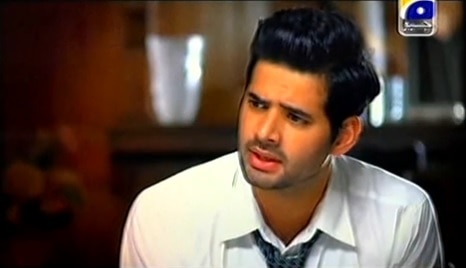 Thumbs up for Maha Malik yet again for mesmerizing us with such well written dialogues and a big thank you to the director Nadeem Siddique for ensuring that every single dialogue is delivered with clarity. The most refreshing aspect of this play is that it is not based on never ending misunderstandings and confusions. Tonight when Arsal saw Kamal in Tooba’s house, I was expecting that it may lead to creating misunderstandings between the two that will take the next five episodes to be cleared but unlike many of the engaged/married couples in dramas, they actually sat down and talked about the issue soon afterwards. The plot is very strong and so is the script. It is evident that the writer knew exactly  where she wanted this story to go and worked really hard on penning down all the dialogues or maybe it just came straight from the heart! 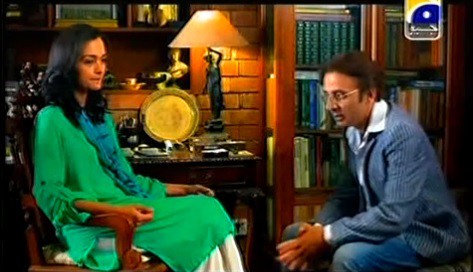 All the conversations today were music to my ears, like always. They were very meaningful and articulate. The conversations between Kamal and Rohail and Tooba and Arsal were the highlight of the episode for me.