Tonight’s episode of Sabaat focused entirely on Hasan and Anaya’s marriage, which will finally take place in the upcoming episode. Just like every other episode, this one also showed Miraal’s controlling side. Ali literally ran away, he turned out to be wise after all! The most interesting aspect of this episode was that for a change Miraal’s actual insecurities were spelled out in a way that for the first time I could connect to her character. This character could have been so much more interesting if these inner insecurities were presented on-screen just as often as Miraal’s outward behavior has been shown continuously. Sabaat’s OST has the most meaningful lyrics and it has been sung beautifully too but the director has completely failed to use it effectively. Some sense prevailed tonight and it was a much more interesting episode especially when compared to some of the previous episodes.

Miraal Is Losing Her Grip

Miraal did everything in her power to ensure that Hasan and Anaya do not get married. So far, it is pretty clear that if something does not go the way Miraal planned it she considers it an insult. Her reactions to even the most minor things show that she expects everyone around her to do exactly what she wants and if they don’t do it, she ‘disowns’ them. She did so with her father, brother, and even her friend. When she asked her friend to stay with her and she was hesitant, Miraal’s instantly said that she did not want her to come tomorrow either if she wasn’t going to stay tonight. She planned to get married to Ali secretly just to hurt her father although she cannot even stand him. The fact that Ali left her like that was a big blow to Miraal’s ego and it fanned her insecurities. 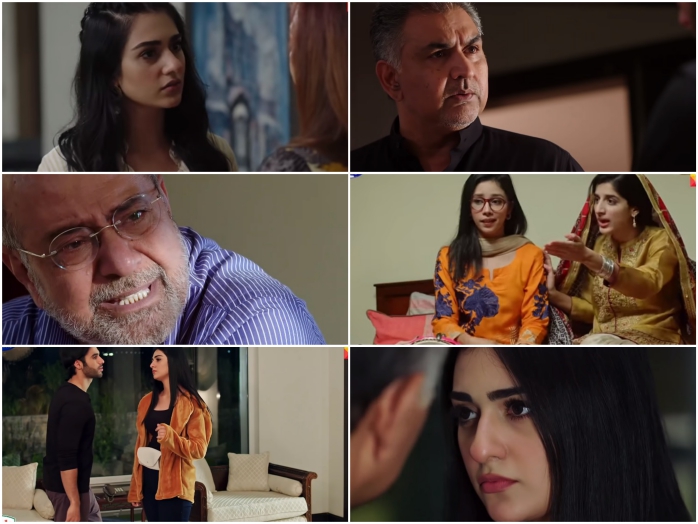 For the first time, naani’s scenes gave an insight into Miraal’s actual insecurity because of which she was just as scared inside as she was confident on the outside. In her heart, Miraal knows that she is not a likable person therefore she is afraid of being left alone. She probably knows subconsciously that she won’t find anyone who would dance to her tune all the time. This scene helped me understand why Miraal was so upset. Although she is gradually realizing that she is losing her grip on things, she continues to try harder to pressurize her family members. Sarah Khan performed well tonight and for a change, Miraal’s character wasn’t just about controlling Hasan and her father.

Hasan and Anaya’s conversations tonight were cute. A few weeks back I thought I would never warm up to their couple but I find them really cute now. Hasan appears to be much more mature now and watching him show some flexibility to mend the relationship with his father was definitely good. The father too is acting much more responsibly now and not like a spoiled kid! This whole track makes much more sense right now than it ever did. Also, I am really glad that the story can finally move forward once they get married because so many episodes were dedicated to this particular track! Mawra Hocane and Ameer Gilani look good together now that they are no longer university students trying to figure things out. This character development has definitely added more appeal to Hasan/Anaya track. The preparations for the wedding on both sides were covered well with some emotional scenes in between. 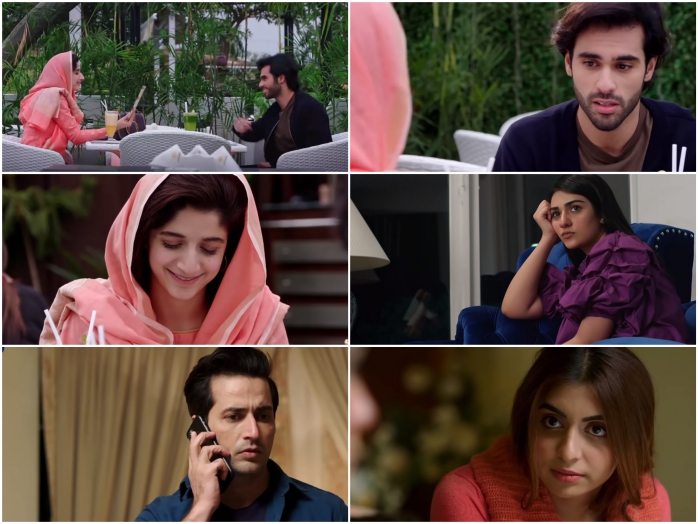 Anaya and her father’s scene in this episode reminded me of Durr-e-Shehwar’s emotional conversations with her Aba. Muhammad Ahmed and Mawra Hocane are exceptionally convincing as the father/daughter who share a really special bond. The dialogues were meaningful and not just relevant with reference to Anaya’s situation but they were also even more well-suited for Miraal’s present condition. She truly is someone who has given hate and grudges so much of a space in her heart and mind that there is no place for love. Perhaps if she had been raised by a father who had such conversations with her instead of rewarding her with material things, she would have turned out to be an entirely different person.

This was an entertaining episode overall with some meaningful scenes. The story is finally moving forward. Looks like Usman Mukhtar fans will have to wait even longer! Have you warmed up to Hasan and Anaya’s track yet or not?