Well, 14 episodes down and I feel that the story is getting a bit monotonous now. Yes, there were some developments but I didn’t find anything totally out of the ordinary.

I just fail to understand Munazzah’s psyche. At first, she forced Mehar to marry a man who was old enough to be her father. And now that Mehar has finally come into terms with the reality, I don’t know why Munazzah doesn’t like it when Mehar defends her husband. Plus that conversation between Sidra and Munazzah at the beginning of the episode was totally uncalled for! I mean, it’s crystal clear that Mehar has wholeheartedly accepted Saqib as her husband, so now what’s the point of discussing that, ‘Saqib itna acha shohar hai. Mehar ko kab aqal ayegi? Uss ko kis cheez ki kami hai akhir?’

Saqib finally left for Sharjah. Seeing Mehar teary and emotional went on to prove her sincerity. It was only then that Munazzah realized Mehar has accepted Saqib as her husband. Don’t you think this realization came a bit too late? If there’s one actress in our TV industry who can cry real tears effortlessly, it’s definitely Sonia Hussain! Maybe I am wrong but Waseem Abbass looked a bit bored today. His dialogue delivery and expressions are getting repetitive now. That departure scene was well-executed though. And yes, one more piece of info: there are doctors these days who offer transport services to their patients’ behenois :P I mean, I completely understand that Shariq is doing all of this to prove to Sidra and her family how efficient and caring he is, but come on guys! Who does this these days? But then again, they call it a drama for a reason, right? 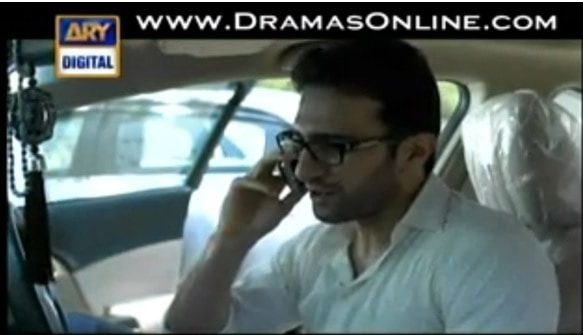 Firdaus Aapa marked her entry this time. Oh my! She is clearly the most irritating, finicky and ungrateful lady I’ve seen. No wonder her daughter-in-law couldn’t tolerate her! She is way too hard to please and I am surprised how a strong-headed girl like Mehar has survived a day without complaining!

Shariq and Sidra’s intimacy is clearly making Mehar jealous, and the last scene totally caught me off guard. Shariq should receive an award for blurting out all the important details in one go. What he said literally went on like this:’ Sidra, how are you? I know you don’t mind but I am calling to inform you that I am sending my mother to your house for proposal.’ TADA! Did I mention that he said all of this without a pause? I hate to be the bearer of bad news Dr Charming, but actually it wasn’t Sidra-it was Mehar who picked up your phone call! Yes guys, you heard me right! It just so happened that Shariq called, Mehar picked up the phone, and though our hero is a doctor but he is too naïve to know that BEFORE you start talking just like that, you first inquire who’s on the other side of the line!! Well, the episode ended on that note so we are now left with assumptions only. 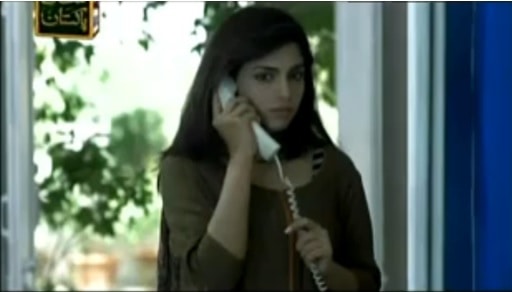 So, this was it for this week folks! We all can sense Mehar’s growing jealousy but it’s difficult to imagine her as the villain of the play. The thought of Sidra marrying Shariq will surely fill her with disgust but I seriously can’t imagine her being an obstacle in Sidra’s marriage. Alas, we should all give up on the actress playing Sidra’s role.

Let’s see how the story unfolds now. Share your thoughts on this installment. I will be looking forward to your feedbacks!