I must appreciate the fact that Shukk is very unpredictable and the only play on air right now which keeps me at the edge of my seat. The actors never fail to impress you with their perfect portrayals but in my opinion the story could have moved forward in a more convincing and likeable manner. The latest developments in the story left me enraged and disappointed. I really liked Saniya’s character before because she was docile yet likeable; she always put her foot down whenever it was needed. But lately, I have been finding it very hard to like her. First she went ahead and got married to Ehtesham knowing that he was still married to Sehrish and now that Sehrish is back she is playing the savior. If she really wanted Ehtesham and Sehrish to get back together she should have gone to Australia. Did she get married to Ehtesham out of hamdardi too or was she hoping that Sehrish would never come back? Now that Sehrish is back Ehtesham and Saniya are finding it hard to disclose the news to her, something which I thought was very strange. Ehtesham should have “informed” his wife that he had a new wife when he married Saniya but since he did not do that, now was a good time to break the news to her. You just don’t go ahead and get married to someone like that; Ehtesham has lost my vote for good after tonight’s episode. If he loves Saniya so much then he should stand by her! And enough of Roomi ki kasme….the kid has done enough for his mom already! 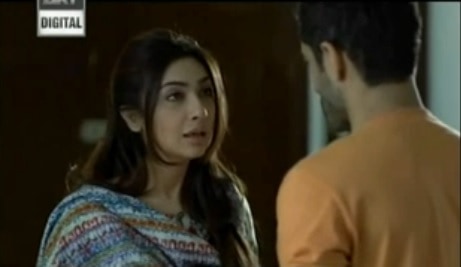 I am very glad that Sehrish has realized her mistake, too bad Ehtesham did not wait for her for years the way most of the heroines in our dramas wait for their insensitive, insecure and insincere husbands. I am not saying that this is unreal in any way but what I am saying is that this is actually a little too real for my liking! How about showing for a change that it is not the responsibility of the women alone to go out of their way to save their marriages?? And if they don’t do so then their husbands are sure to move on. 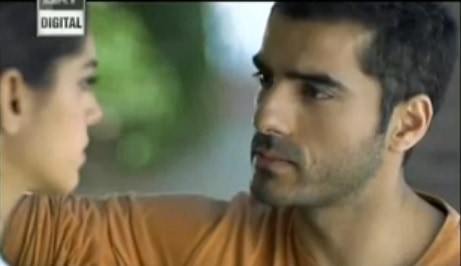 Ehtesham and Sehrish may just get back together of course, how I wish that Sehrish would have begged Ehtesham for forgiveness rather than pleading before Saniya. Ehtesham is in love with Saniya now and he doesn’t feel anything for Sehrish except hamdardi maybe!! Sometimes I feel like our dramas are more of a reflection of the sad state of affairs in our society than I would like them to be. In most of our dramas women are punished to the limit if they fail to deliver in a marriage but men go scot free. Such ideas tend to click with the viewers more too because mostly people find it easier to forgive men rather than a woman. We forgave Asher and Adeel but we want to see Sehrish being punished! Ehtesham went behind Sehrish’s back and got married to Saniya, is that not wrong? 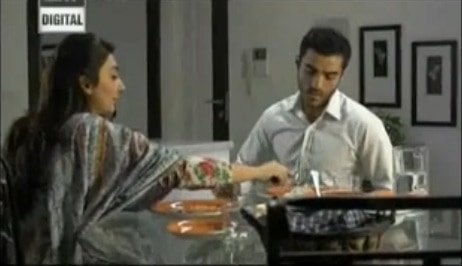 The fact that Sehrish and Ehtesham do not have kids and Roomi played a major role in bringing Saniya and Ehetsham together has been giving me sleepless nights! Is the writer in any way trying to imply that childless couples are more likely to grow distant? If Sehrish had a child who would constantly call Ehetsham to come save him like Roomi did maybe things would be very different today.

In my opinion tonight’s episode belonged to Ayesha Khan. I have not liked her this much in any other role in a long time. Sanam Saeed looked gorgeous in white and she performed brilliantly as usual. It is impossible to predict what is going to happen next. It is highly unlikely that Ehtehsam will divorce Saniya and Saniya will not let him leave Sehrish. What do you think is going to happen next? And please do feel free to share your thoughts even if you disagree with me because different opinions make the discussion more engaging.