Coke Studio started with Rohail Hyatt as the producer. It went on to become the biggest hit in Pakistani music scene. Later Strings became the producers of the show and they have been here for four seasons now. Many hits and new singers came out during the Strings era. The news is that the Strings duo are bidding goodbye to Coke Studio making season 10 their last. They announced it on their facebook page. Here is the post: 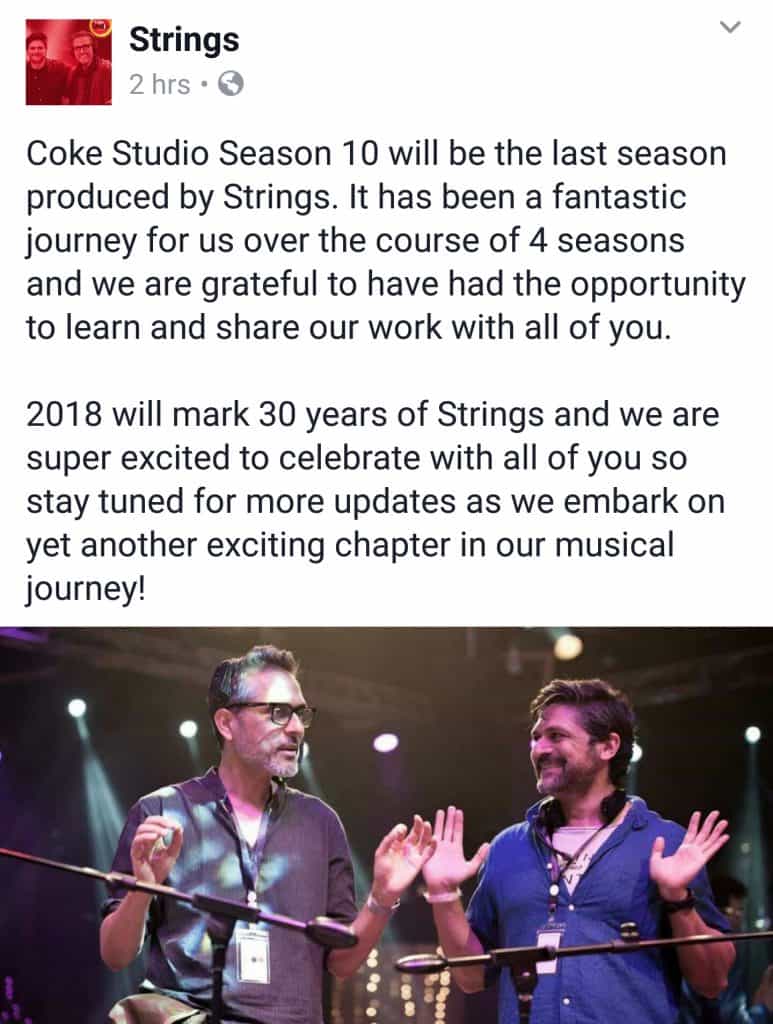 Also, Strings are completing their 30 years in 2018, so let us wait to see what they have in store for us as a celebration. Who do you think should be next producer for Coke Studio? Share your thoughts in the comments section!