This episode was picture perfect in every way, it served the purpose of causing awareness about the issue this drama deals with in a very clear manner and at the same time Meeran’s story definitely proved to be a good ‘distraction’. The fact that the developments in Meeran’s track were very positive kept this episode from becoming too dark and depressing. The writer of this drama Farhat Ishtiaq deserves due credit for covering everything in the speech which was delivered by Munira at the conference. Addressing such a sensitive topic is not an easy task but the team of Udaari has managed to accomplish this task brilliantly so far. I am certain that every parent out there no matter how educated, enlightened and careful they already are is going to benefit from watching this drama. It is true sometimes parents do tend to ignore the signs which Zebu is showing right now because like Munira said in her speech they trust the person who might be involved in such a crime too much and at other times even when they find out there isn’t much they can do about it because the pedophile might be a very close family member. This opening speech needs to be heard by every parent out there over and over again. 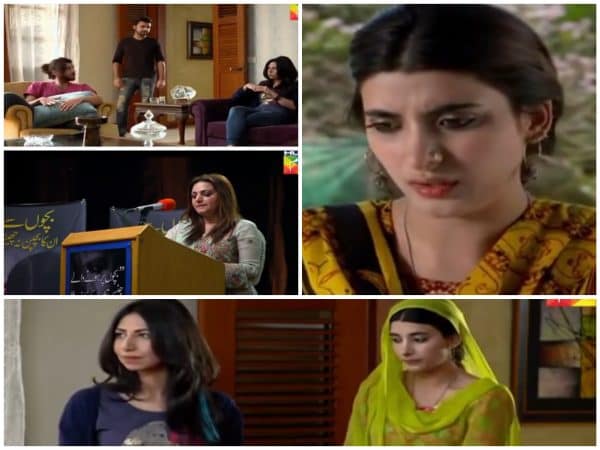 The scenes covering Zebu’s mental state and the way Imtiaz kept on employing pressure tactics to make sure she stayed quiet were yet again chilling but very apt in showing how a wicked person like him would act in such a situation. Imtiaz obviously did not think that Zebu would react in this way, he probably expected her to start acting normal after a few days and now that things are not going according to his plan, he is getting more and more frustrated. The acting by both the actors involved in these scenes – Ahsan Khan and the child star – was so impressive that you could not help but feel everything that Zebu was going through in all these scenes and all that was going through this evil person’s head while he tried to pressurize Zebu into giving up. Sajida has absolutely no idea why Zebu is no longer the person she used to be, Imtiaz kept on telling her it was because of the fever and he continued showering them both with gifts therefore she did not pause for a second to think that Imtiaz might have harmed her daughter in some way. Sajida is naive and gullible and Imtiaz is too clever therefore this whole situation is very realistic and might prove to be a wake-up call for many! 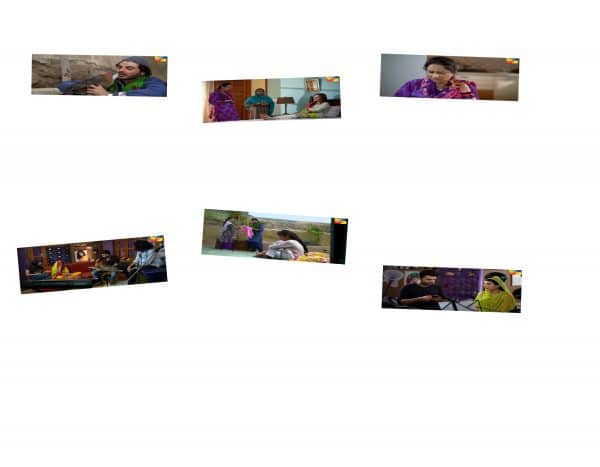 Meeran’s track got just as much screen time as Zebu’s which was much-needed. Watching Meeran grow as a singer and the change in Arsh’s attitude was definitely something which put a smile on my face. Meeran is finally friends with these people who are very different from her, she is catching up fast and has a new found confidence. The on screen chemistry between Urwa Hocane and Farhan Saeed made their scenes a treat to watch. The only thing I missed was the interaction between Meeran and Sheedan. Sheedan continued to make herself ‘useful’ in this episode! I love the way the differences in the lifestyles of these people have been shown. Sheedan is not used to a life of luxury, she likes to keep herself busy doing something. Meeran too is used to getting up early in the morning and starting what she is supposed to do. Bushra Ansari owns her role as Sheedan. 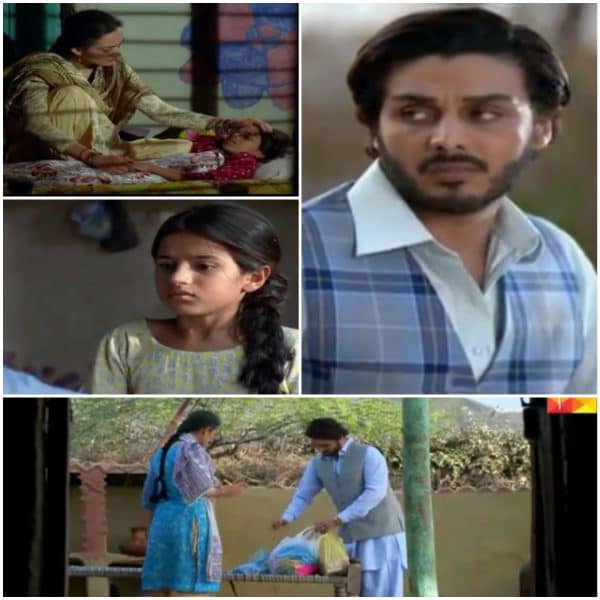 The preview of the next episode showed Arsh and the band making it to the final competition. Will Meeran’s blooper put their career at stake? I am also waiting to find out when Sajida will really find out what has happened to Zebu and what she is going to do about it. Right now this little child is putting up more of a fight than Rameen did in Chup Raho therefore kudos to her character. The director Mohammad Ehteshamuddin has directed this play brilliantly by keeping the sensitivities of this issue in mind. All the actors have breathed life into their respective characters but Ahsan Khan is the one who took the biggest risk here and has definitely done a great job of making people hate his character. I would also like to thank the producers of this drama for talking about a topic which we most often sweep under the carpet.

How many of you watched this latest installment? Please do share your thoughts about it.